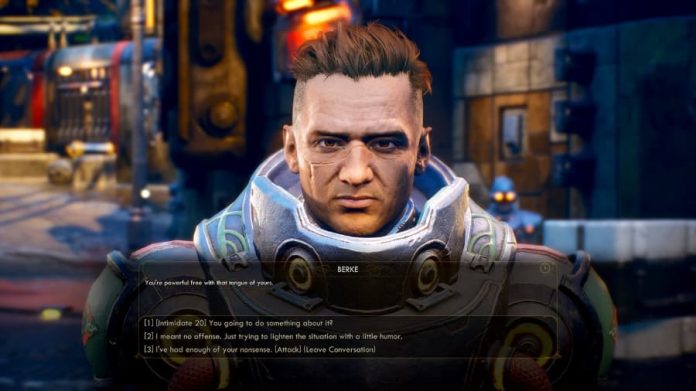 The Outer Worlds has its share of interesting characters but can you romance any of them? Read on.

The Outer Worlds is Obsidian’s latest role-playing game, a sci-fi tale that sees you fighting or working for a sprawling space-based corporation. Reviewing the game, Rich said the game had an “enjoyable playfulness about it” but that some open areas were less interesting than those found in Fallout.

While you can play the game without any companions, dismissing ones who seek to join you, having people by your side can pay off. Some battles become easier though, from our experience, they’re still not particularly smart in battle.

But can you romance them?

The answer is, unfortunately, no. There is no way to romance non-player characters. They’ll happily follow you about and shoot people in the face for you, but smooching (and more) is right out of the window.

Mass Effect, a sci-fi RPG series in a similar vein, lets you form relationships with your companions, but it always felt a little clumsy, in a manner that was later parodied by Saints Row 4. Romance didn’t add a great deal to that game, either. Perhaps it’s best that Obsidian declined to add romance options to The Outer Worlds.

So, sorry, you’re going to have to miss out on romancing your companions; it’ll be a bromance at best.