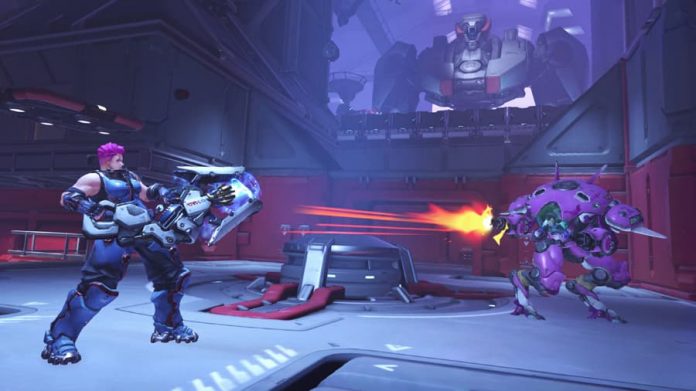 I don’t play Overwatch as much as I’d like to.

It’s the type of game I like to delve into every now and again. Something that I play in short bursts in between other, meatier games. Because of that, Overwatch: Legendary Edition on Switch is something that appeals to me. Now I can squeeze in a quick match on the sofa in minutes of downtime, or even play it in bed. I could even tether my Switch to my phone’s mobile internet if I wanted and play it in a field.

This isn’t some watered-down version of Overwatch, either. At least not in terms of content. All the maps and all the heroes are present, meaning there’s plenty to sink your teeth into. If you’re new to Overwatch, you could spend hours just trying each character out and getting a feel for them. And if you’re not new, you can jump into the Switch version running. You still can’t transfer your progress from one format to another, though: pick up Overwatch on Switch and you’re starting from scratch yet again.

Overwatch‘s visuals have obviously been toned down for Switch, making everything look  less detailed and blurrier. But it’s still far from being an eyesore. What’s worse is that the framerate has been reduced to 30fps. If you’re used to playing Overwatch on more capable formats, the framerate reduction is easily noticeable. If you ween yourself off them for a while, though, and play solely on Switch, you get used to it. It’s not ideal for a competitive multiplayer shooter, but it’s workable.

The fact that Overwatch is playable on a portable console at all is a feat, to be honest. The visuals have been toned down but it still looks lovely, and when the action gets hectic like it often does in Overwatch, you can’t help but be impressed that the Switch keeps up. 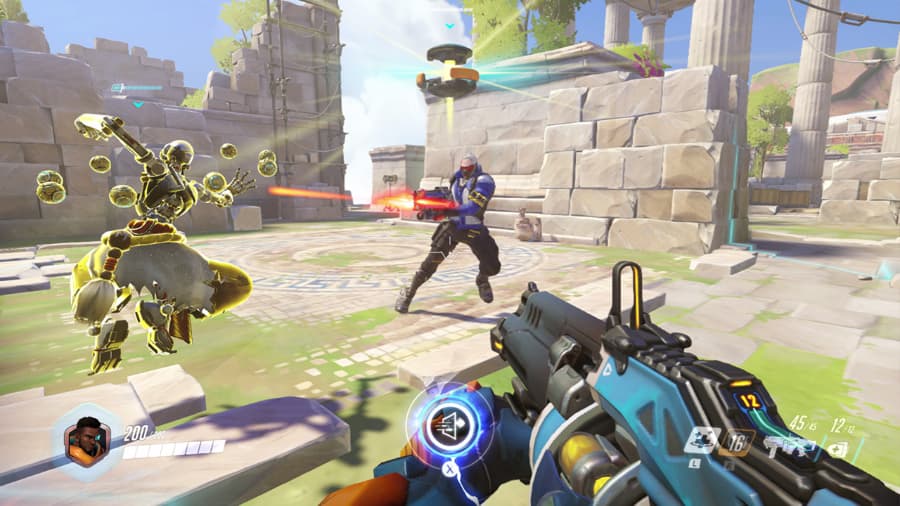 Being an online only game, however, Overwatch‘s suitability for Switch can be called into question. If you have a PS4, Xbox One or capable PC and plan to play Overwatch mostly while you’re at home, there’s not much point in picking up the Switch version unless, like me, you just want it for simple convenience. If you want to play it while you’re out and about, then you either need to be somewhere where there’s a decent Wi-Fi signal you can access, or tether your Switch to your phone.

With no offline content whatsoever, Overwatch is simply unplayable in a myriad of typical handheld Switch-centric situations. Connect to public Wi-Fi and it’s playable, but you’re at the mercy of connection drops and lag. Tethered to your phone, your experience could be costly unless you have a good data package. So, Overwatch on Switch is ideal for those who don’t have access to another console or PC and plan to play at home with a stable internet connection. For everyone else, its convenience comes with caveats.

It’s not all doom and gloom though; there is one Switch-only feature that makes Overwatch stand out on the format. Gyro aiming enhances the experience a great deal, allowing for more nuanced targeting. It can take a while to get used to it, especially if you’re the type of handheld player that can’t sit still, but once it clicks you’ll be following opponents with your gun(s) blazing as they run across the screen like never before. 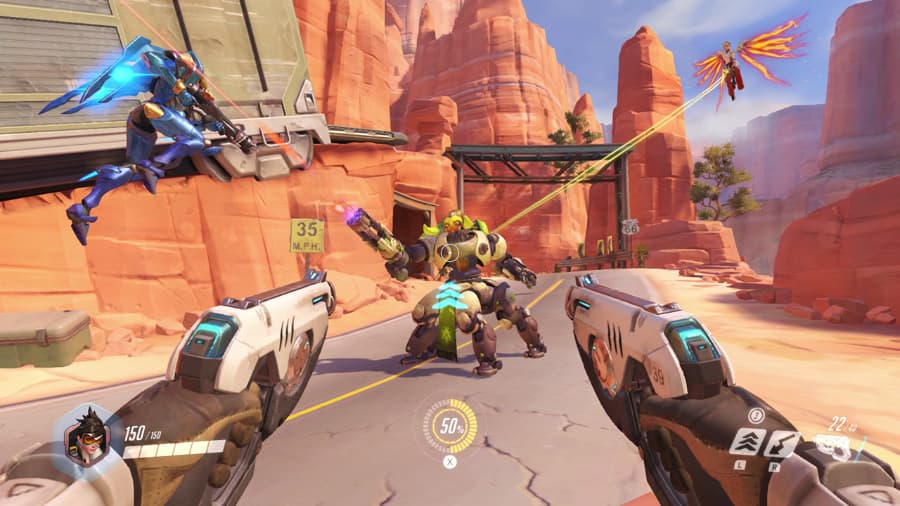 If you’ve never played Overwatch before and are a new Switch owner itching for some competitive multiplayer action, this port is certainly worth considering. It’s not the most expensive of Switch games, and it even comes packaged with three months of Nintendo Switch Online membership. If you want to keep playing Overwatch after three months, however, you’ll have to fork out for additional online membership as it’s required to play, so keep that in mind.

Overwatch is a great game. And with all of the new content and features added since launch, this Switch port does it justice. But is it the ideal format on which to play it? That’s a tough question. For most the answer will be no, but there’ll be many that see value in the convenience that it offers.

Overwatch: Legendary Edition is available on Nintendo Switch right now. If you’d like to support GameSpew, buy it from Amazon using our affiliate link. It won’t cost you anything extra, but we’ll get a small slice of the purchase.