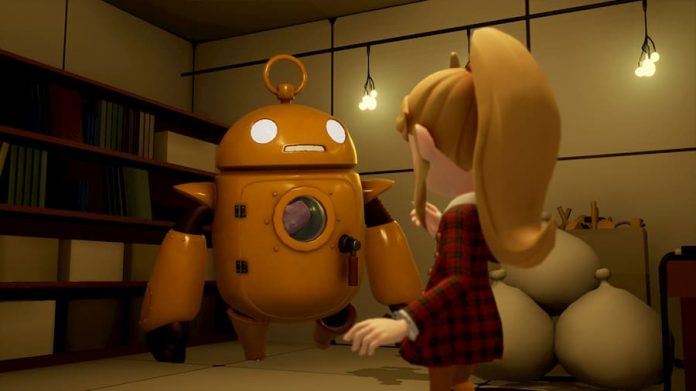 Destiny Connect: Tick-Tock Travelers is so sugary sweet that it might make you feel a little bit sick. It’s also very simple: think of it as “My First JRPG”.

More than anything, however, Destiny Connect: Tick-Tock Travelers is just boring.

A new year is dawning, and as fireworks dazzle the townsfolk of Clocknee, tragedy strikes. Time stops and robots emerge, but not everyone in Clocknee is frozen in time. Sherry, a young girl yearning for adventure, seemingly hasn’t been affected by whatever catastrophe has struck. And neither has her friend Pegreo. And so of course they take it upon themselves to restore time and return Clocknee back to normal. Though it’s only possible with the assistance of a harmless looking robot called Isaac.

With a running time of just under 15 hours, Destiny Connect: Tick-Tock Travelers is a short, focused RPG. There aren’t many areas to explore; you spend pretty much all your time running around Clocknee and its surrounding areas, and even travelling through time doesn’t do much to change them. Add in frequent loading screens, boring quests and a whole lot of combat and you have a game that unfortunately feels repetitive and laborious.

Destiny Connect: Tick-Tock Travelers‘ combat is your typical JRPG fare. It’s turn based, with characters acting depending on their speed. On each turn you can choose to attack, defend, use an item, or bust out a special skill; there really isn’t anything surprising about it at all. For the most part combat is a breeze as well, but sometimes you do encounter enemies that seem way more capable of putting you down than others, so you can’t get complacent. Irritatingly, you get a game over if Isaac dies, even if Sherry or any other active members of your party are in tip-top health. Though it’s not the end of the world; you can retry any fight, and if the challenge is too great you can then simply run away. 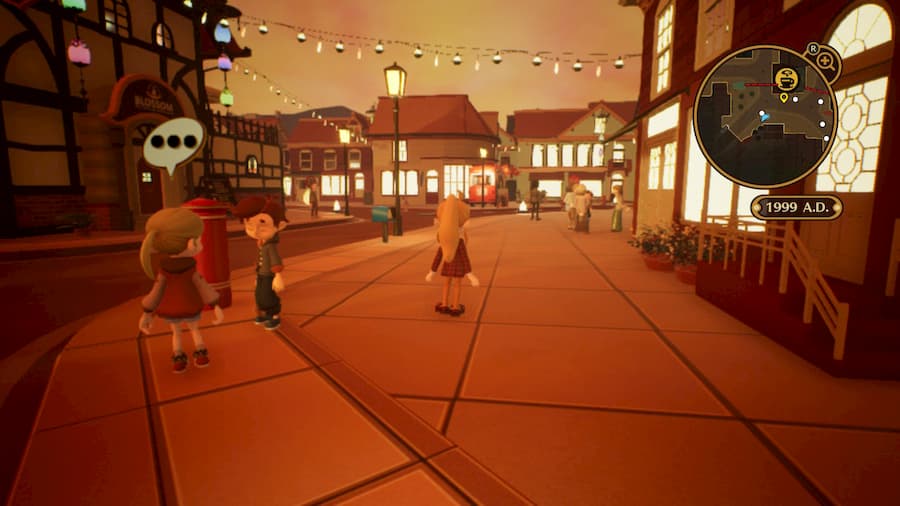 While you can’t change the weapons used by any of your party, you can customise their properties somewhat by equipping weapon mods. Various pieces of clothing can be equipped, too, which affect each character’s parameters. Equipping a top improves defence, for example, while better shoes increase the chances of dodging an attack. Being a large robot, Isaac obviously can’t be decked out with human gear though. To improve him, you need to create and equip him with gears. Likewise with skills: human characters learn new skills as they level up, while Isaac learns new skills via the placement of skill gears. Isaac eventually has multiple forms to make use of too, making him more versatile. 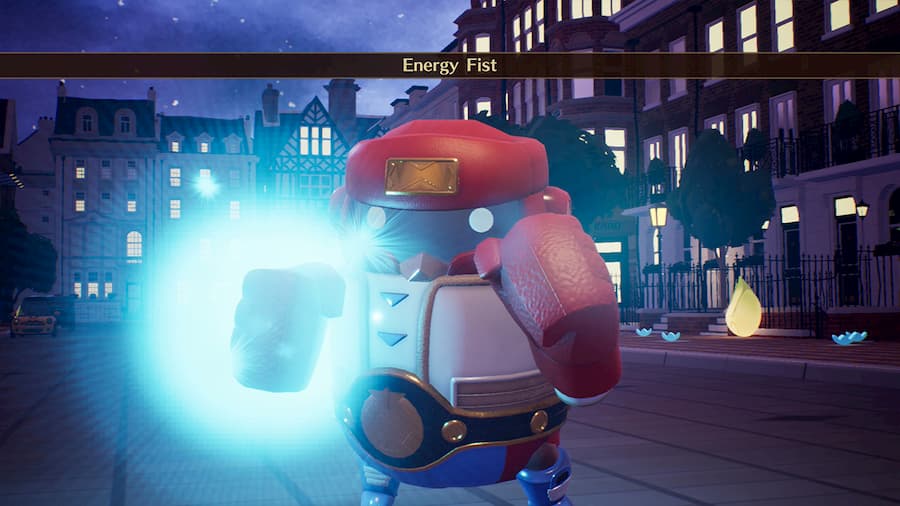 Aside from its camera, which moves of its own accord and is troublesome unless you change its setting, there’s not much that’s genuinely bad about Destiny Connect: Tick-Tock Travelers. The trouble is, after a few hours you’ve pretty much experienced the best it has to offer, and the story just isn’t compelling enough to hold your attention. It’s so whimsical that it’s hard to care for any of the characters. And the to-ing and fro-ing you have to have to do across across Clocknee quickly becomes incredibly dull, especially when you have to engage in countless fights along the way.

If you’ve got a lot of patience and don’t mind games that are very slow-paced, Destiny Connect: Tick-Tock Travelers might be worth a look. After all, thanks to its short playing time, it doesn’t require too much investment. Most JRPG fans will find it not entirely fulfilling though. It should be applauded for trying something a bit different, but at the end of the day a dull game is a dull game. And that’s what Destiny Connect: Tick-Tock Travelers is: a dull, but beautiful, game.

Destiny Connect: Tick-Tock Travelers is available on PS4 and Switch. We reviewed the Switch version.