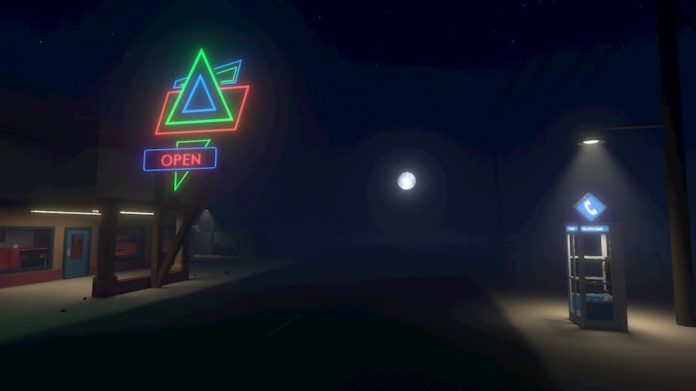 Life isn’t always black and white, at least not when you look closely.

And you’ll really want to take a closer look when you pick up and play the first-person puzzle game Discolored from creator Jason Godbey.

I played the demo earlier this year, which left me pleasantly surprised, and desperate to see more. With the game’s release imminent, I jumped at the chance to play the rest of the game to prove to myself, and the rest of the world, that I was smart enough to beat a puzzle game in one sitting. And, my dear friends, I did just that.

In Discolored, people have heard about a diner on the edge of nowhere that has lost all colour. Not a single drop present on the entire street corner. You’ve been sent to investigate the area, figure out what happened and restore the colour that was once rich and vibrant. The game takes place over this one area, inside and outside of the diner, but it expands as you play, proving that not everything is always as it seems. 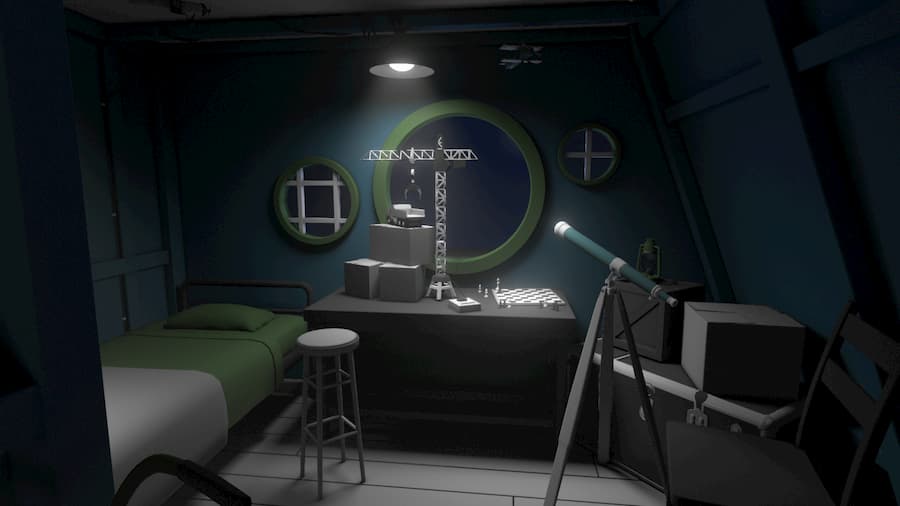 Upon starting Discolored, you’ll be given a picture viewer. With it you’ll be able to “see the unseen”, if you will. When you first look through it, you’re transported to the aforementioned diner where all colour is completely absent. It won’t be long before you start picking up objects, combining them together and using them to solve the various puzzles that the game has in store for you. These puzzles are interesting and definitely keep those brain muscles turning. But never for so long that you get frustrated and want to stop. In fact, Discolored is meant to be played in one sitting and puzzles never felt unwanted or overly difficult in any way.

As you pick up items around the diner, you’ll slowly work through how they all fit into place. You’ll eventually find a green prism, the first colour that you’ll see after you transport yourself. When the green prism is placed in the right area, the walls will take on the colour as well as the plants and other items. The more you play, the more colours that you’ll find and the more colour you’ll be restoring to the world. It’s a unique concept that, after spending more than a few minutes in the quiet, dull diner, will make the player truly appreciate the colours around them. 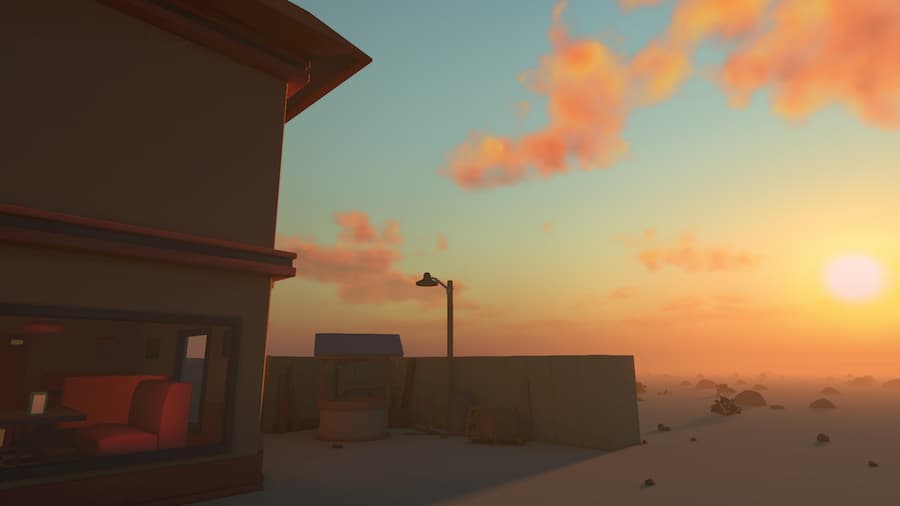 After a time, it will become more and more apparent that there is no dialogue or story developing as you progress. While this may turn off some players, Discolored doesn’t really need a complicated story. The puzzles speak for themselves and the soundtrack is beautiful featuring not only atmospheric classic tunes, but little 50s and 60s style ditties. There are also times when the music turns sinister and you’ll find yourself wondering if there’s something more going on behind the scenes. The questions and the mystery are part of what makes Discolored great.

Discolored is an intriguing adventure set in a minimalistic but intriguing world. The lack of dialogue and no developing story might put off some players, but its atmosphere alone is enough to keep you engaged. It’s a short experience, and I found myself wishing it was longer – it’s an enjoyable world to explore and discover secrets within – but it means the game never outstayed its welcome. With a beautiful soundtrack, smooth controls and a unique concept, you’ll be hard pressed to find another puzzle game out there like Discolored.

Discolored is available on PC.