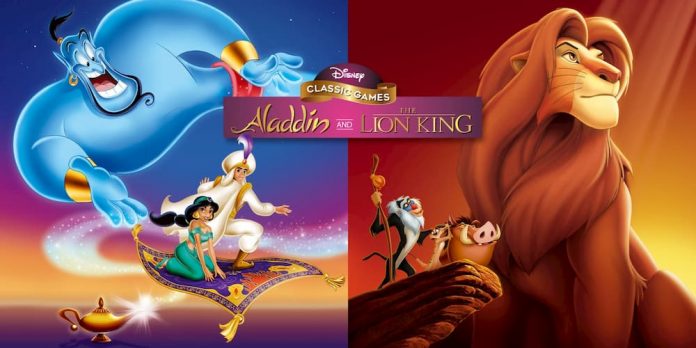 The Lion King was one of my favourite games as a kid, and Aladdin wasn’t far behind either. Needless to say, I was excited to get my hands on their re-release double pack – but it seems my enthusiasm was somewhat misguided.

Disney Classic Games: Aladdin and The Lion King is a nice collection. It’s presented nicely; menus are easy to peruse, and there’s an art and music gallery for each game, too. Better yet, there are multiple versions of each game included in the collection.

Needless to say, nothing has been spared at putting together Disney Classic Games: Aladdin and The Lion King. Along with the various versions of both games, the collection is packed in with extra features that we’ve come to expect from these types of retro re-releases. You can rewind the game at any point – which is a literal lifesaver in a game where losing your limited lives means starting the whole game over again. You can also save and load your progress from any point, too. 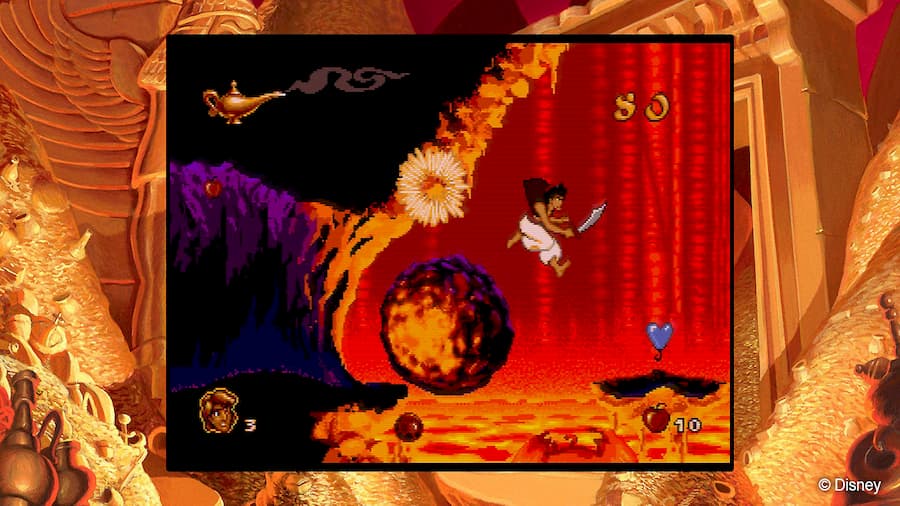 An interesting feature is ‘watch mode’, which lets you watch a playthrough of either Aladdin or The Lion King, then take over gameplay at any point. It’s a fairly nifty idea, handy if you get stuck: you can find the relevant part in the video and see how it’s done, then either go back and do it yourself, or carry on after that point. The trouble is, the gameplay in the videos isn’t exactly masterful: watching the playthrough of The Lion King‘s Hakuna Matata level, whoever was behind the video made the same mistakes I did, and often paused for a moment or two to figure out where to go next. If the people making the game can’t even record a flawless playthrough, what hope have the rest of us got?

And as nice as Disney Classic Games: Aladdin and The Lion King is as a collection, its downfall sadly comes down to the games that are within it. As great as both titles were in the 90s, they don’t stand the test of time. Some games are ageless, playing just as well today as they did when first conceived. Not Aladdin and certainly not The Lion King. As much as I loved playing them as a bairn, I almost wish I’d left them untouched in my memory. 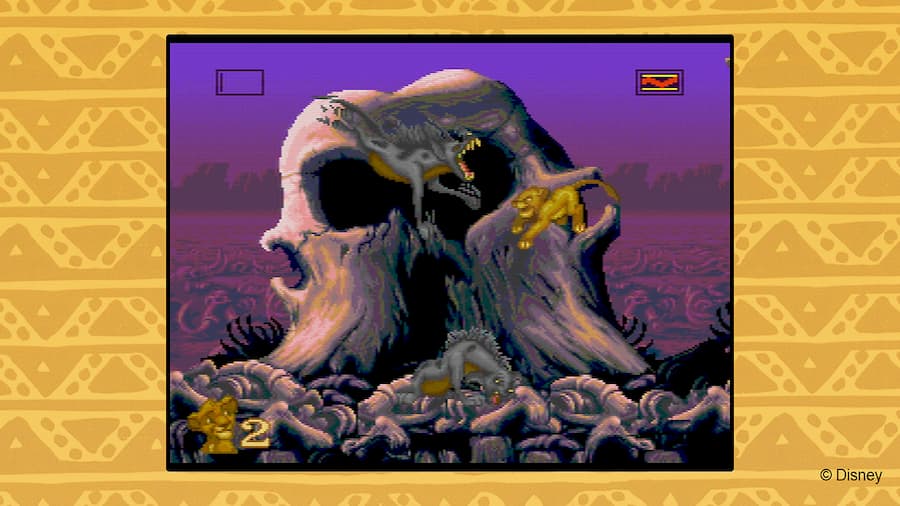 Having multiple versions of both games feels like a bit of a waste, too. It’s a nice touch, and one that makes this collection more of a worthwhile curio, but it’s unlikely most players will stretch beyond the main Mega Drive or SNES version of each game. The Game Boy versions in particular are simply slow and painful to attempt to play, and really don’t add anything to Disney Classic Games: Aladdin and The Lion King other than a slice of history.

It’s no surprise the games don’t look great; these were made to be played on small CRT televisions; stretched out onto our massive flatscreen HD TVs of today, every pixel is laid bare to reveal all its sins. They’re at least vivid and colourful, and there’s a range of viewing options to tailor your experience to best suit you. You can toggle various scanlines on and off for a more authentic appearance, and you can add borders to an original 4:3 image or stretch it out to fill your screen.

The sound, thankfully, is one thing that has survived the annals of time. The soundtracks to both these games – in my opinion, particularly The Lion King – is just as fantastic as its always been. The 16-bit versions of popular Disney songs, like Can You Feel the Love Tonight or Hakuna Matata are just as joyous as they were 25+ years ago and really bring the games to life. You can listen to the soundtracks by themselves via the menu if you want, too. 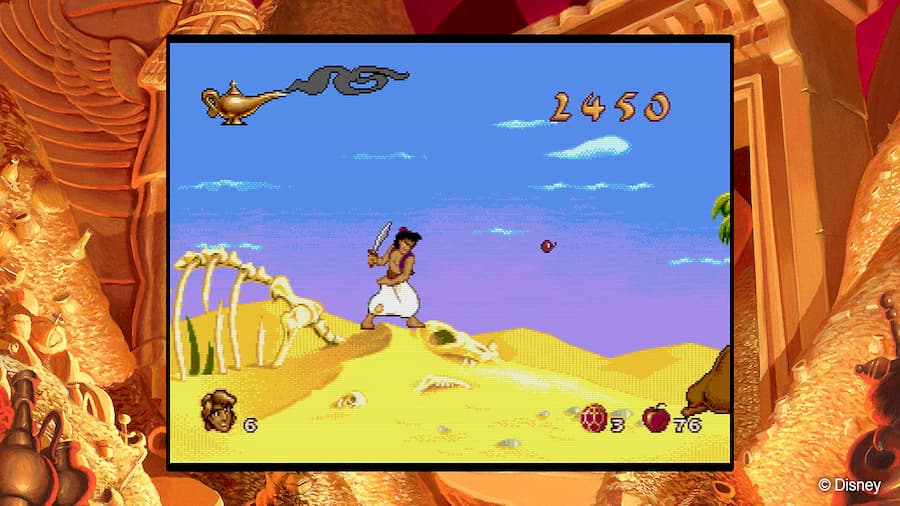 The ambience is about the only thing that will make you want to push through Disney Classic Games: Aladdin and The Lion King though, as playing the games feels a chore. Without using the newly-added rewind function, you’ll likely find yourself dying really quickly, being taken right back to the beginning of the game. And while the rewind function makes playing through them more tolerable, it also feels rather cheap. The controls aren’t precise and my inputs weren’t always recognised or timing didn’t match up properly; it leads to a frustrating experience with little joy to be found once you’ve taken off your rose-tinted nostalgia glasses.

Unless you still love playing retro video games today, you’re likely to find playing Aladdin and The Lion King an arduous experience. Even if you loved the games as a kid, they’re unlikely to live up to your memories. Disney Classic Games: Aladdin and The Lion King is a nicely presented collection with some nice features, but don’t expect to be blown away by the games.

Disney Classic Games: Aladdin and The Lion King is available on PC, PS4, Xbox One and Switch. We reviewed the Xbox One version.