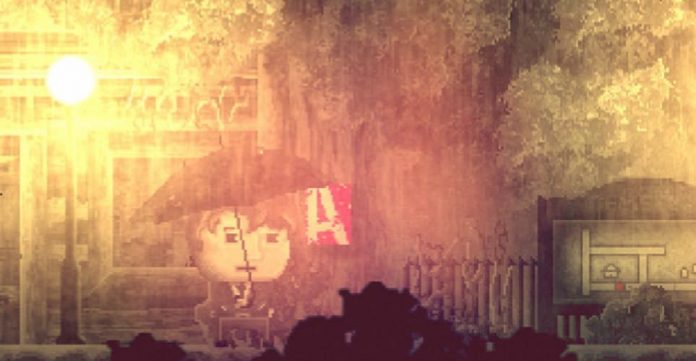 See? Gaming can be educational.

Right up until I googled it, I was convinced Distraint’s title was constructed by hurling a scrabble set at a wall. This bobble-headed horror game’s second lesson is that kicking people out of their own homes is a bad thing and doing so will destroy your soul. Which is fair enough, given that Distraint’s residents are such a friendly, upright bunch, even when you, as main character Price, are kicking them out.

Distraint is not a morally complex game, but its appeal comes from watching the main character’s dalliance with madness – and as a result, he may just be a thoroughly unreliable narrator.

As chilling as it is to discover a nursing home resident being fed into an industrial shredder, is that really what happened? Or is it just Price’s skewed, guilt-tainted view of the system? 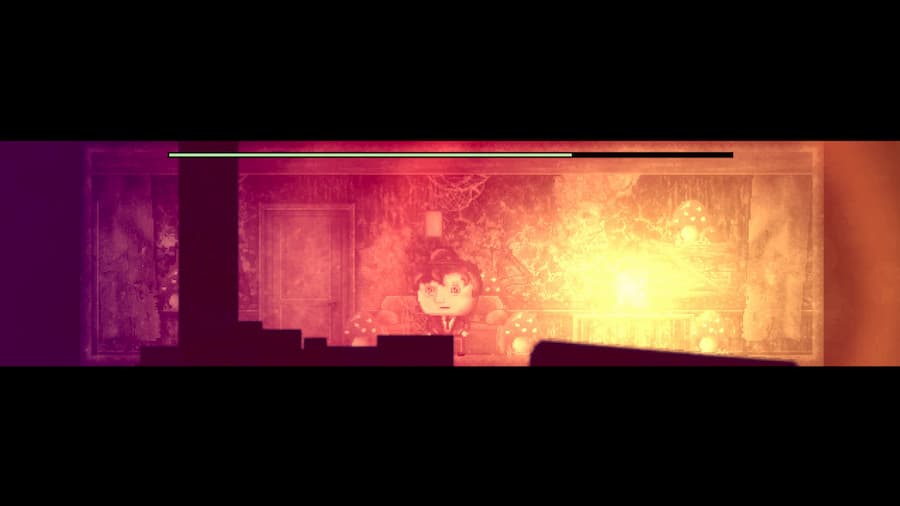 It can be shocking on occasion, but Distraint is not consistently horrifying; instead, you’ll be unsettled by the guilt you share with Price. It’s a linear experience, meaning you can’t change Price’s mind about evicting residents, so you’re forced to go along with his actions. This isn’t as jarring as it sounds, but I did wish I could punch Price’s smug employers in the face.

There are some neat object puzzles (as well as one or two annoyingly obscure ones), and Distraint’s cutesy characters don’t damage the game’s horror, but rather underline what an unreliable narrator Price may be. One minute you’re watching the walls bleed, the next you’re having a cup of tea with a nice old lady.

The locations you explore are suitably familiar, and grim with it. Apart from an old folks home, you roam through a graveyard, an old cottage and a block of flats. The game’s subdued tones set the mood appropriately, and it’s a little disconcerting that you’re never sure where that red glow is coming from. 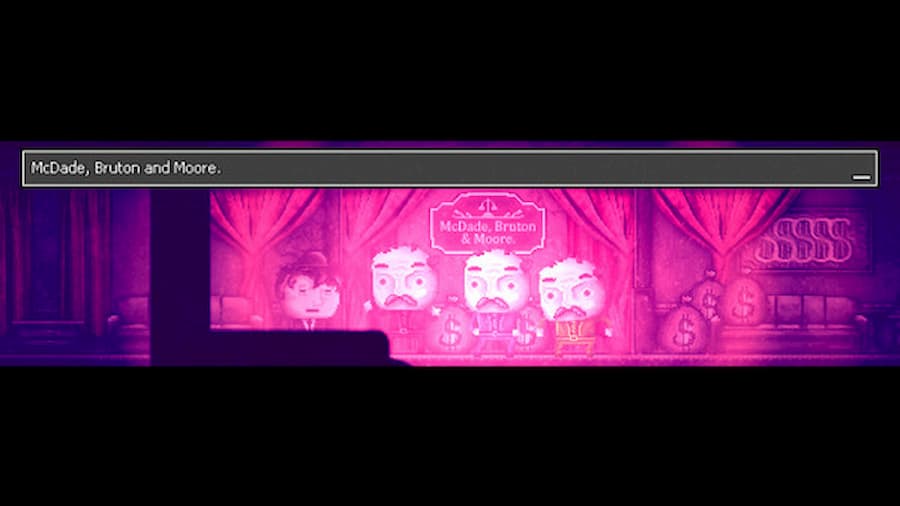 Distraint isn’t particularly long but it has a price-tag to match – it’ll set you back somewhere between £4-£6 depending what format you buy it on. While its been available on PC since 2015, a ‘Deluxe Edition’ has recently made its way to consoles, throwing in a dynamic colour scheme, better lighting, refined audio, improved animation and a marginally improved interface.

Despite being heavy-handed at times, this is an intriguing little chunk of horror, a charmingly gruesome morality tale will keep you guessing till the end. Unless you’re an actual debt collector (in which case you’ll feel terrible about your job), Distraint is well worth seizing.