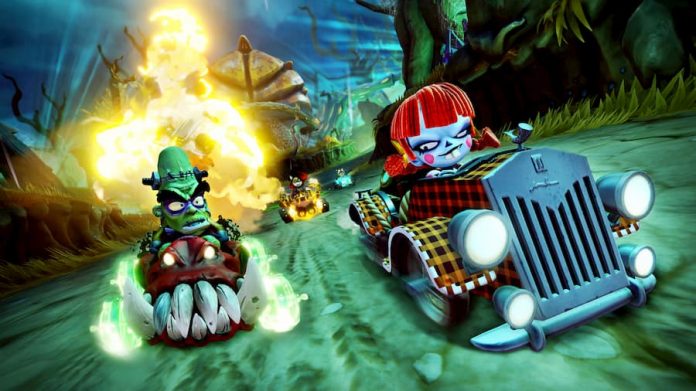 Crash Team Racing: Nitro Fueled is embracing the season with its latest update. The Spooky Grand Prix will include a new track, new characters, new items and more Halloween horrors for players to enjoy.

There is a host of new rewards to be earned by completing challenges, and there is also a special new challenge type – Ghost Hunt. For the duration of the Spooky Grand Prix, breaking some crates will release a cheeky ghost, which you will need to chase down and capture to complete the challenge and earn Nitro.

For even more details about the wealth of Crash Team Racing content contained in the new season, including some gameplay updates, you can check out this blog post on the Activision website.

Want to support GameSpew? Buy Crash Team Racing: Nitro Fueled using our Amazon affiliate link. It won’t cost you anything extra, but we’ll get a small slice of the purchase.