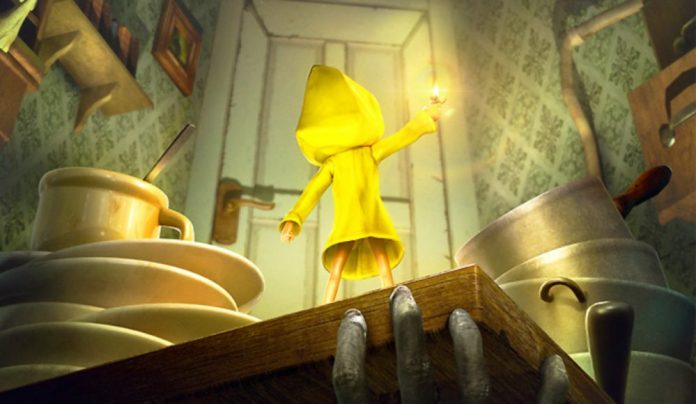 The spookiest week of the year is upon us, and what better way to celebrate All Hallow’s Eve than with a scary game or two?

There’s an endless amount of horror games out there to choose from, but what if you want something quick? Halloween is the perfect time to gather some friends around and enjoy something spooky together. We’ve rounded up five of our favourite scary games, all that can be completed in less than a few hours.

Mad Father is an indie survival horror RPG from developer Sen. The game follows 11-year-old Aya Drevis who has just lost her mother and, in the present, lives with her father Alfred and their maid Maria. When her father’s nefarious experiments go wrong, releasing the undead into their home, Aya must try her hardest to escape with her life or risk become one of the monsters herself.

Mad Father takes around three hours to complete – providing you don’t get stuck too often. It’s available on Steam for just $4.99/£3.99.

Oxenfree is a supernatural mystery game developed and published by Night School Studio. The protagonist is Alex who visits Edwards Island with a group of her friends as well as her new step brother, Jonas. The group camps out at the beach and discovers that, by tapping into radio frequencies on the island, supernatural events can happen as a result. Things start to go haywire until the group is separated from one another. As Alex, you must try to find your way back to your friends while along the way discovering what is really happening on Edwards Island.

Oxenfree takes around four to five hours to beat so, with a couple of bathroom and snack breaks, it’s very doable in one evening. I found it impossible to put the game down, and I guarantee you will too. It’s available on PC, PS4, Xbox One and Nintendo Switch.

Spooky’s Jump Scare Mansion is a free-to-play horror game from developer Lag Studios. You play as someone stuck inside Spooky’s mansion, forced to try and survive her 1,000 rooms of horror. Spooky is the ghost of a teenage girl who haunts the mansion and seems to control what happens in it. Players are tasked with wandering through the mansion picking rooms randomly as they go trying to find some way out of the endless hallways and strange rooms. Jumpscares are consistent, ever-present, and scary as hell.

With enough perseverance you can beat Spooky’s Mansion on average in about four hours, but if you get scared like me and rush through it as quickly as possible you can do it in three. Play it now on Steam.

The Last Door is an episodic point-and-click horror game developed by The Game Kitchen that has had two seasons, with eight episodes in total. You play as Jeremiah Devitt who receives a mysterious letter from his old school friend, Anthony Beechworth. Fearing for his friend, Devitt attempts to go and see him – only to discover that Beechworth committed suicide. In the first episode, players will return to Devitt and Beechworth’s old boarding school to investigate supernatural elements that Beechworth in his letter claims are plaguing the old school. When he arrives, Devitt discovers that his friend may have been on to something before his untimely death.

Each episode of The Last Door takes around one hour to beat meaning that you can finish the first season is about four hours. Each season is available on Steam for $9.99/£6.99. At that, it’s a bargain and a sure fire way to get spooked this Halloween season.

Little Nightmares is a puzzle-platformer game from developer Tarsier Studios. You play as a little girl named Six who wakes up in a strange placed called The Maw. The Maw is home to gigantic humanoid creatures that try to steal children just like her. Six attempts to escape, but must avoid these horrifying creatures and fend off her ever-growing hunger. Little Nightmares also has three DLC available titled “The Depths,” “The Hideaway,” and “The Residence.”

The main storyline of Little Nightmares takes about four hours if you’re quick-witted and manage to solve the puzzles pretty quickly. It’s available on PS4, Xbox One, PC, and Nintendo Switch.