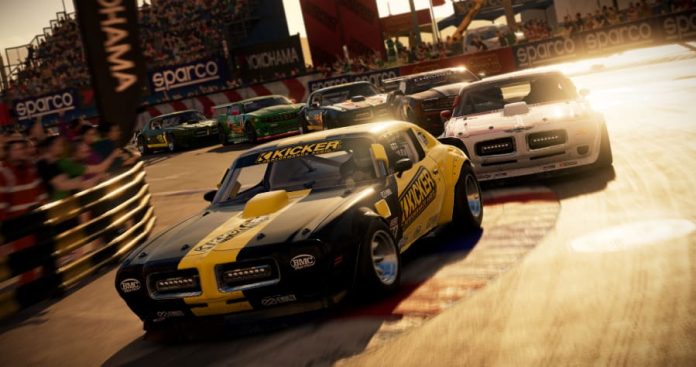 A reboot of Codemasters’ popular series, GRID‘s brand of racing is electric. A fantastic sense of speed combines with responsive handling and exhilarating wheel-to-wheel action to form an experience that is truly #LikeNoOther. It is the perfect amalgamation of arcade and simulation sensibilities, offering serious competition yet allowing you to have a great deal of fun competing for first place.

Want to get the back end out on as many corners as you can? Go for it, and you’ll even earn some bonus experience to boot as long as you don’t crash afterwards. And in GRID, rubbing is racing. With tight tracks and 16 cars all vying for first place, the first lap can be carnage. Bodywork gets scratched and deforms, panels become loose, and if you have damage turned on, the tension mounts. But it all adds to the fun.

It helps that GRID looks so good. Playing on Xbox One, the visuals are sharp, colourful and detailed. Unlike other track racers, GRID doesn’t know the meaning of the word ‘sterile’. And there are no performance hiccups; GRID remains joyously smooth whatever the weather or how many cars there are onscreen. On the surface, GRID is absolute brilliance. It’s only when you dig deeper that its flaws become more apparent.

For a start, GRID‘s accessibility is at odds with its more interesting game mechanics. It’s always good when racing games have a wide range of difficulty and assist options, but unless you’re strict with yourself they can diminish your GRID experience. Take the nemesis system, for example, that allows you to make enemies on the track by crashing into your opponents too many times. Your nemesis will try to take you out where possible, but it’s pointless when you can simply rewind time and then avoid their attack. The rewind function also negates the terminal damage system, and as you don’t get rewarded for increasing the difficulty or turning down assists, there’s no impetus to push yourself. 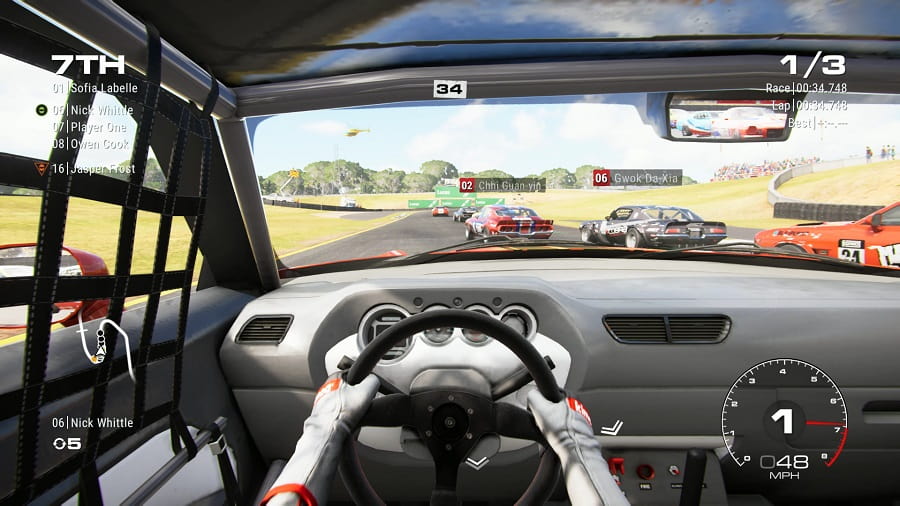 GRID‘s teammate system also feels pointless. Progression is ultimately on your shoulders, with your teammate only really useful for winning you some additional cash. There are many teammates you can hire, each with their own loyalty, skill, attack and defence ratings, but whoever you hire doesn’t have a great bearing on the game. As a system, it feels like an afterthought, which is probably why the game does a really poor job of telling you how to hire new team members and how to instruct them to attack or defend. One incident with my teammate really demonstrated how inconsequential the nemesis system it, too: after a particularly nasty incident I riled them up so much that they wouldn’t take instructions from me, yet come the next race they were back to being my best mate.

Forget about the disappointing nemesis and team aspects of GRID, however, and you’ll find there’s an ample amount of game to enjoy. GRID‘s career presents a huge, er, grid of events for you to complete; over 100 of them, in fact. Spread across numerous disciplines which you can tackle in pretty much any order, most events consist of three or four races. Win enough events in any given discipline and you unlock its final showdown, which is surprisingly free of fanfare. Complete four showdowns and you unlock the GRID World series, a further six events you must complete to become the GRID World Champion. 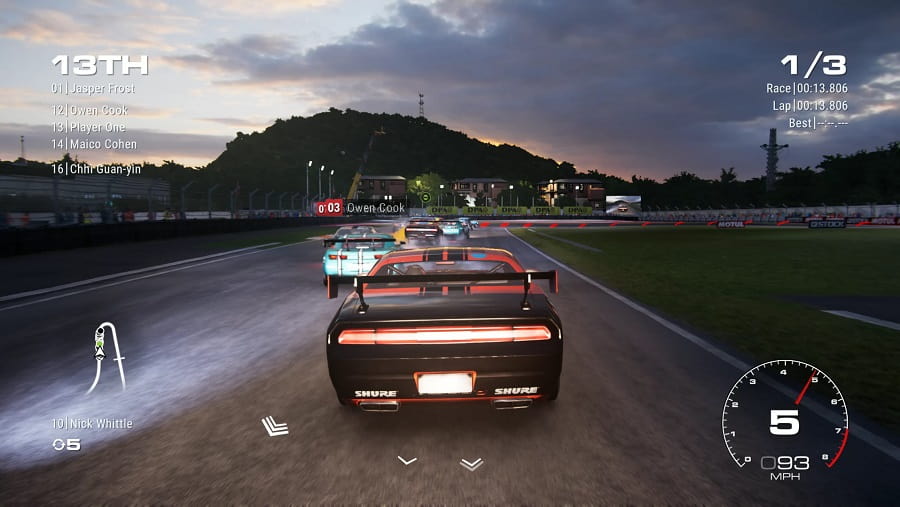 Expect it to take about 10 hours to unlock the GRID Worlds Series, though you can double that playtime if you aim to complete every event the game has to offer. You might find that GRID becomes a bit of a slog, though: thanks to a track list that isn’t huge, events eventually begin to merge into one another. You’re driving different cars and the time of day or weather might be different, but it still begins to feel a little samey.

It doesn’t help that there’s nothing to do in between races: there’s no team management, press opportunities or special fun events to break up the action, you just jump from one event to the next. Choosing whether to partake in a qualifying hot-lap if you don’t want to start last or fine-tuning your car set-up before each race commences is about as involving as GRID gets, but unless you’re playing on harder difficulties you really don’t need to. 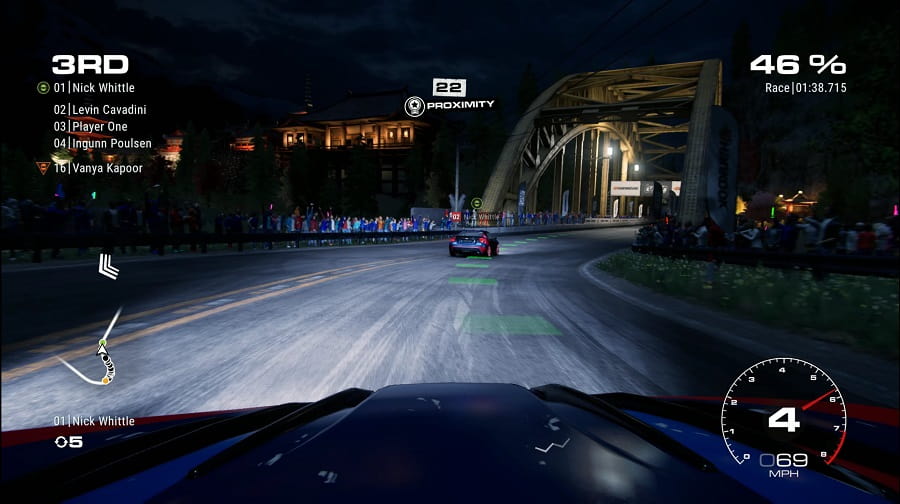 Outside the career there’s the obligatory free play mode and online multiplayer, but that’s it. And in online multiplayer you’re limited to simply joining a quick race or setting up your own private room. Needless to say, you’re probably not going to spend a great deal of time playing online, even though it seems to work quite well. Free play is enticing just for the fact that you can use cars that you haven’t yet purchased with your earnings for a small fee. But the only incentive to keep playing once you’ve finished the career is to continue levelling up, unlocking new profile items, liveries and team mates as you go. It’s a bit of an unrewarding grind.

The experience at the core of GRID is undoubtedly a great one. The racing is exciting and keeps you on your toes, moreso than any other racer currently available. But there just aren’t enough modes to keep your attention in the long term. Additionally, many features that should make GRID shine feel shallow and inconsequential, and you soon feel like you’ve exhausted all of the game’s tracks. GRID simply needed to be more. As just a procession of events and little else, it’s fun while it’s presenting you with something new, but that doesn’t last long.

GRID is available on PS4, Xbox One and PC. We reviewed the Xbox One version.

Want to support GameSpew? Buy GRID using our Amazon affiliate link. It won’t cost you anything extra, but we’ll get a small slice of the purchase.