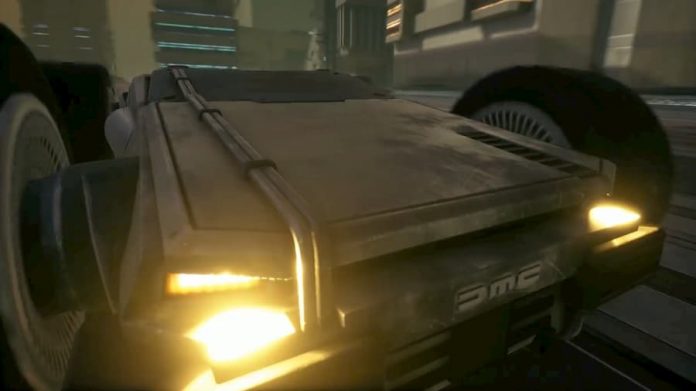 Just in time for its Steam Free Weekend, GRIP: Combat Racing has released new DLC that lets you race in an armoured jet-powered DeLorean.

Wired Productions has teamed up with the DeLorean Motor Company to bring its classic sports car into GRIP: Combat Racing.

After featuring as the time machine in the Back to the Future films, the DeLorean has become iconic with its distinctive shape and “gull-wing” doors. It’s had a few changes since the 80s though; the version you’ll find in the DeLorean 2650 DLC is armed, fortified and flippable. It comes in two forms: one with anti-grav AirBlades and the regular four-wheeled roller.

Available on PlayStation 4, Xbox One, Nintendo Switch and PC, GRIP: Combat Racing is an intense arcade racer packed with heavy weaponry and crazy speed. You can play it for free on Steam this weekend, or you can buy it to own with a 50% discount.

Check out the trailer below to get a look at the new, futuristic, souped-up DeLorean, or for more information about the game you can head over to the official website.