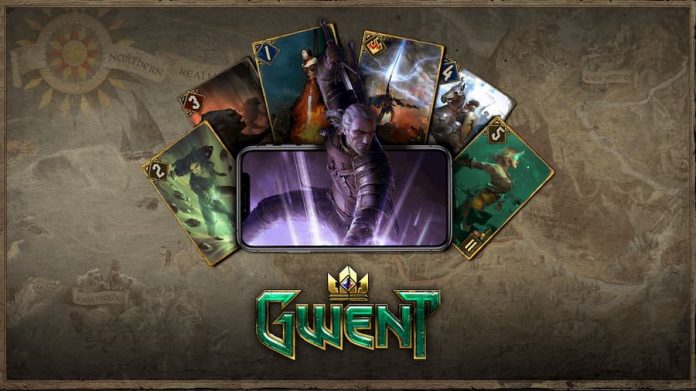 You can now download and play Gwent, the free digital collectible card game derived from The Witcher universe, from the App Store on your iOS device.

CD Projekt Red, the studio behind The Witcher series and the upcoming Cyberpunk 2077, released Gwent: The Witcher Card Game on PC, Xbox One and PS4 last year after it was included as a playable minigame in The Witcher 3: Wild Hunt.

Fans have been crying out for a mobile version for a while now, and their pleas have finally been answered, with Gwent now available on the App Store for iOS. An Android version is set to arrive early next year.

Gwent pits friends against each other in tense duels using their carefully constructed decks, bluffing with opponents and keeping up fast-paced decision making to claim victory over a best-of-three series of rounds.

The iOS version of Gwent reportedly contains all the features you’ll get from the PC and console release, but with a completely re-imagined control scheme to make the most of the touch screen interface. Players can also share their progress and purchases across iOS and PC by linking their GOG account.

Gwent: The Witcher Card Game is now available on PlayStation 4, Xbox One, PC and iOS, with an Android release planned for Q1 2020. Check out the new iOS launch trailer below, or head to the official Gwent website for further information.

The Razer Junglecat Adds Joy-Cons to Your Phone