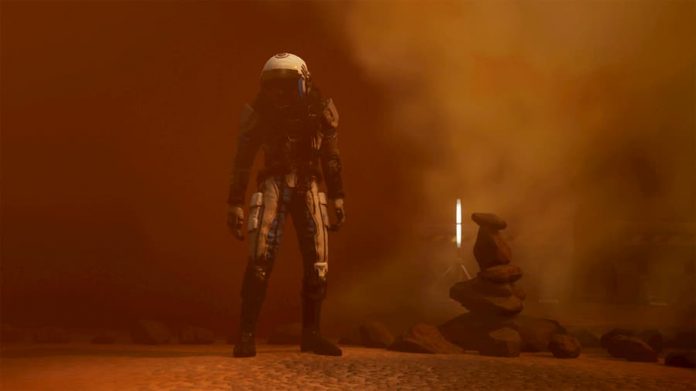 Wondering how many different endings Moons of Madness has and how you get them? Here’s what you need to know.

WARNING: This will spoil the end of Moons of Madness!

Moons of Madness is not, despite the game’s title, a game where, playing as Cthulhu, you go around pressing your naked backside against glass-fronted skyscrapers. Instead, it’s a single-player space-based horror game set in the same universe as Funcom’s MMO The Secret World/Secret World Legends.

It sees you struggling to combat an eldritch force that corrupts everything it touches, as well as the possible return of two ancient, eldritch gods. If you’ve read any H.P. Lovecraft, the mythos that Moons of Madness emulates, you can tell that things aren’t going to end well. But how many different ways can the game end and how do you get those endings?

There are in fact, two endings. There’s a ‘good’ ending and a ‘bad’ ending, though both end with you floating in space, low on oxygen. You don’t need to collect any special objects or do anything in particular to get the good ending; the turning point occurs right at the end of the game.

How to get the ‘good’ ending in Moons of Madness

How to get the ‘bad’ ending in Moons of Madness

Neither ending is particularly elaborate and it’s not clear whether the dreamers will, in fact, bring about the end of the universe. But it’s a choice of sorts. Once you’ve got one ending you can reload your last save and, after boarding the rocket, get the other ending.

How Long Does it Take to Complete Moons of Madness?

Space Horror Moons of Madness Gets a 12 Minute Gameplay Trailer