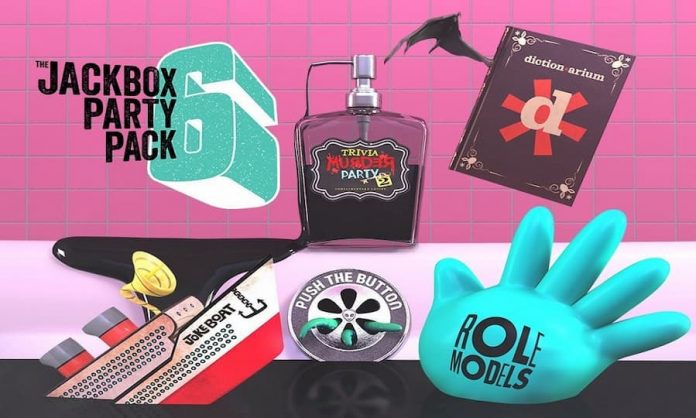 I have played hours upon hours of the Jackbox series. From the moment that the first game was released, I was entranced by the idea of playing such entertaining party games with just a mobile phone for a controller.

Everyone has a phone, right? That’s the one thing that almost everyone you know brings to a party. So what better way to get everyone together for a party game then to have them use the thing that will surely already be glued to their hand the entire night anyway? The answer is the Jackbox Party Pack.

Now on its sixth iteration, Jackbox Party Pack is a series of games, each containing five separate party pieces. With one copy of the game installed on a local PC or console, a group of people can play simply by visiting the Jackbox website on their phone and entering a code generated by the game. More players can even join the game online, as Jackbox heavily supports (and promotes) streaming of its games.

Jackbox Party Pack 6, Jackbox’s most recent set of games, includes Push the Button, Role Models, Dictionarium, Trivia Murder Party 2 and Joke Boat. Four out of the five games are brand new to the series, and just like any Jackbox Party Pack before it, there’s a mixture of excellent and not-so-great. But with a group of friends around you, you’re pretty much guaranteed to have fun with the collection as a whole. Let’s talk about each of the games in more detail, shall we? 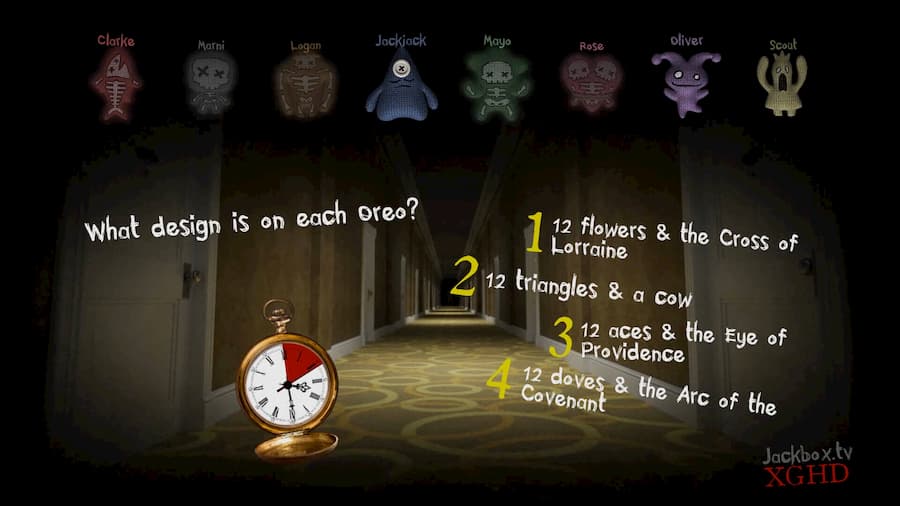 The first game that my friends and I took a stab at was Trivia Murder Party 2. The original Trivia Murder Party was included in the Jackbox Party Pack 3 and it’s definitely a fan favourite. In the game, you and your friends are trapped in a murder hotel and the only way to get out alive is to answer as much trivia as you can, all the while avoiding the horrible trivia master who attempts to kill anyone who gets a question wrong.

When you do get a question wrong you’ll be forced to participate in a mini game in order to fight for your life. One round did me in by asking me to type what the games master was saying as fast as possible. With a total of 22 errors in my paragraph, needless to stay I bit the dust. The trivia is perhaps a bit easier this time compared to the first Trivia Murder Party, making it so that we could stay alive a bit longer – but in the end many of us lost our lives to questions like, “what design is on an Oreo?” and “which composer has been deceased the longest?” As they say, it’s only easy if you know the answer. 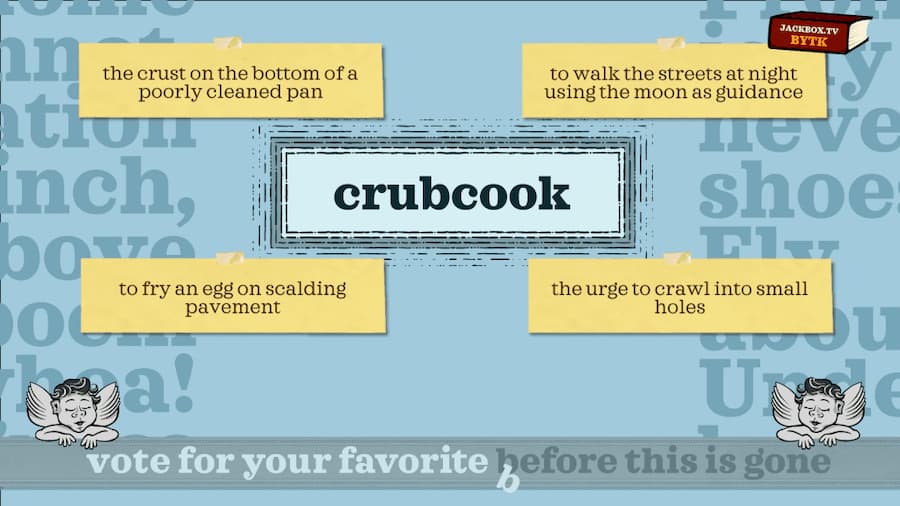 After being properly murdered, my friends and I next tried our hands at Dictionarium. We got a few laughs from it, but it’s one of the weaker games in the pack. The game gives you a made-up word and you have to create a definition for it. A couple of the words we were given were “cranbixon” or “asyphlixirium” (I know you didn’t need examples of made-up words, but there they are).

Your friends will then decide which definition fits best with the word. One of our definitions for “cranbixon” might be “a growth that forms in the throat upon eating 8,452 cranberries in under twenty minutes”, because obviously that’s what it means.

From there, everyone will make a synonym for the word (“cranthroat” or “throatberries”) and to finish it off, use that synonym in a sentence. “She really loved cranberries, but sometimes it got out of hand and she would develop a bad case of cranthroat.” It gave us a few laughs, but we just didn’t find Dictionarium all that entertaining. It’s pretty slow moving and, compared to the guttural laughter that comes from the other games in the pack, we just didn’t find ourselves wanting to go back to that one. 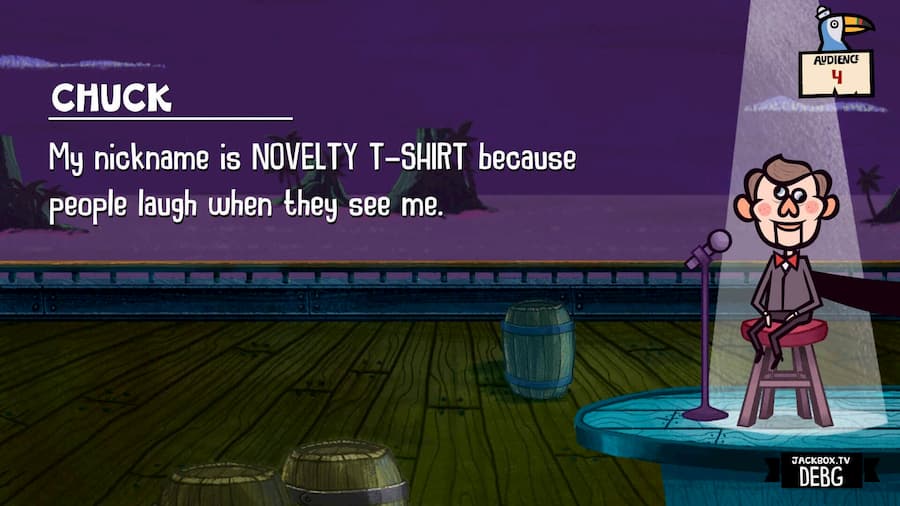 The problem is that because the jokes are so strict, sometimes it’s impossible to make a joke that actually fits the prompt. And after playing Joke Boat a few times you soon realise that the joke setups repeat over and over, so if you’re playing with the same group of people, it gets stale quickly. Much like Dictionarium, Joke Boat will bring about a few laughs, but it won’t be anyone at the party’s first pick. 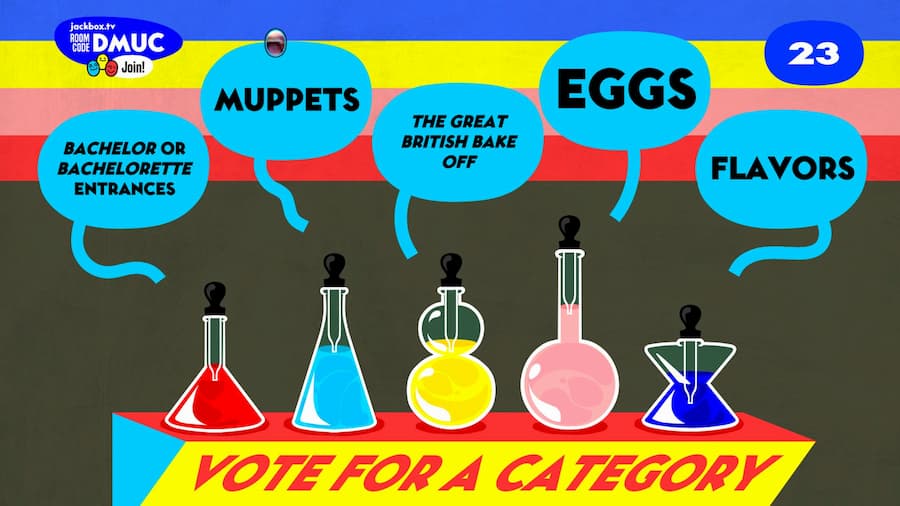 The fourth game in Jackbox Party Pack 6 is Role Models. I wasn’t sure how to feel about it to begin with, but it grew on me the more I played. To play, you’ll pick one of five categories given to you – for example, “Batmans”. Then, you’re given a list of Batmans: Val Kilmer Batman, Christian Bale Batman, Adam West Batman, etc. From there, you assign one of the types of Batman (or whatever your category is) to describe a friend you’re paying with. Adam West is a little kooky, so you might put your silliest friend as “Adam West Batman” and so on and so forth.

The biggest problem with Role Models is its point system. It’s not very clear how you’re earning your points or why. This isn’t necessarily a bad thing, but it basically makes it so that there is zero motivation for winning; it means Role Models is more like Insult Simulator 2019 than a competition. It also doesn’t give you much time to think, so I found myself just putting my friends in random places rather than actually giving it a good think. If one of the games in the pack is guaranteed to end friendships, it’s this one.

The final game in the pack, and my absolute favourite, is Push the Button. In Push the Button, you and your friends are the crew of a spaceship, but someone isn’t exactly who they seem to be. There are aliens among you and they want you dead. You have 15 minutes to figure out who the aliens are and get them off the ship before you are all doomed.

You can find the alien in a multitude of ways by testing them in mini games. In one game, you have to draw a picture. Humans might be given the prompt “the French Revolution” while aliens are given “war”. Based on the drawings you have to decide which, if any, are suspicious. There are a few more mini games you can use to try and narrow down who the aliens are, but if the timer reaches zero before you decide, it’s all over. It’s a lot of fun, and the minigames offer a good amount of variety that makes it stand out from your typical Jackbox game.

Like most Jackbox Party Packs, Jackbox Party Pack 6 has a couple of fantastic games, and a couple that don’t quite hit the mark. Push the Button and Trivia Murder Party 2 are games that I will be pulling out at parties for many moons to come. On the other hand, Dictionarium is slow-moving and will likely bring your party to a crashing halt and Joke Boat is awkward and rarely works the way that it should. Thankfully, the better titles alone are enough to warrant Jackbox Party Pack 6 being a worthwhile game to play with friends,  but don’t expect it to be impressive on every front.

You’ll either have fun or you won’t – but, most importantly, your phone will be dead by the end of the night so don’t forget your charger.

Jackbox Party Pack 6 is available on PC, PS4, Xbox One and Switch, iOS, Fire TV and Android TV. We reviewed the Xbox One version.

Want to support GameSpew? Buy Jackbox Party Pack 6 using our Amazon affiliate link. It won’t cost you anything extra, but we’ll get a small slice of the purchase. 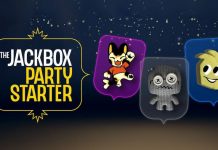 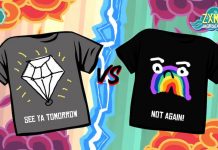 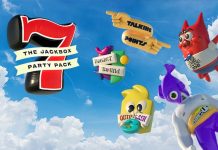