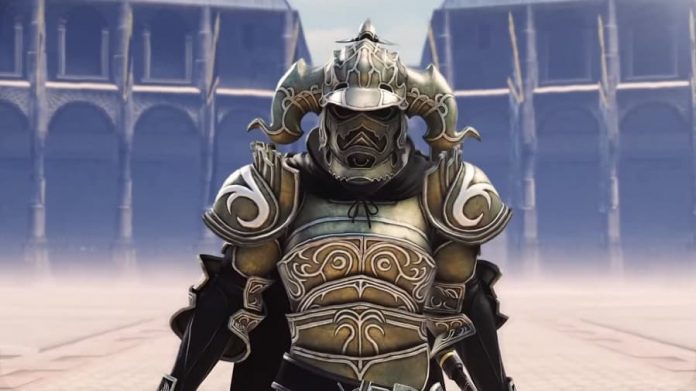 The Gabranth Starter Pack is available now, and costs £4.49/$5.99. Those who purchase it gain access to Judge Magister Gabranth, as well as three alternative appearances, three weapons and additional chat messages.

For those who really like Gabranth, ‘The False General Appearance Set’ and ‘Mace of Themis/Redemption’ packs are also available. Priced at £2.49/$2.99, ‘The False General Appearance Set’ provides three additional appearances for Gabranth, while the ‘Mace of Themis/Redemption’ costs just £0.79/$0.99 and unlocks a fourth weapon for him.

Dissidia Final Fantasy NT is available on both PS4 and PC via Steam. Download the Free Edition on either format to try the game without spending a penny. We reviewed the PS4 version when it launched last year. Give it a read to find out more about the game. And if you’re already a fan of the game but are on the fence about Judge Magister Gabranth, give the reveal trailer below a watch to help you make up your mind.

Final Fantasy VII Remake is Going to Be Incredible