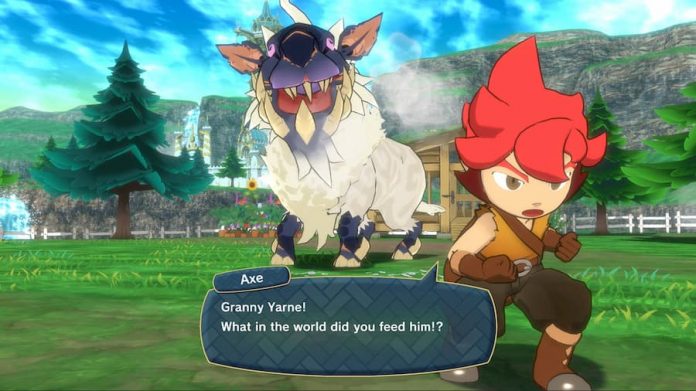 Coming from a studio like Gamefreak, the developer behind the Pokémon series, you’d be forgiven for expecting great things from Little Town Hero.

But while the studio’s latest release is far from terrible, it also fails to stand out for any good reason.

Released this week on Switch, Little Town Hero sees you take control of Axe (or whatever you decide to call him), a boy with dreams of leaving his small town once and for all. You see, many years ago his home town made a deal with the residents of the local castle: they could live safely within the town walls, under the condition that they’d never leave. Seems a rather strong deal to sign up for, but they did it. Most villagers are happy to live their simple lives, tending to livestock, running a local store or farming the land, but not Axe and his friends. They need more from life.

Unfortunately, their first attempt to sneak into the castle and out of the village failed – but as luck would have it, they happen to meet a castle knight who might just be able to help them out. The knight has been sent to the village on a mission to slay all monsters. He’s pretty sure the folk from the castle are winding him up, because monsters aren’t real, but he tells Axe and his friends he’ll help them out if they in return pretend he’s slayed all the monsters.

Spoiler: this is an RPG so of course monsters exist.

The knight helps Axe and his friends train in combat, and once you’ve learned the ropes, it’s here you’ll be spending much of your time with Small Town Hero. Its combat system is unlike anything I’ve ever played before. It’s certainly unique, but I’m not sure that’s necessarily a positive thing to take away from it. There are some good ideas, but I feel like more refinement is needed before the systems employed by Small Town Hero are as good as they could be. 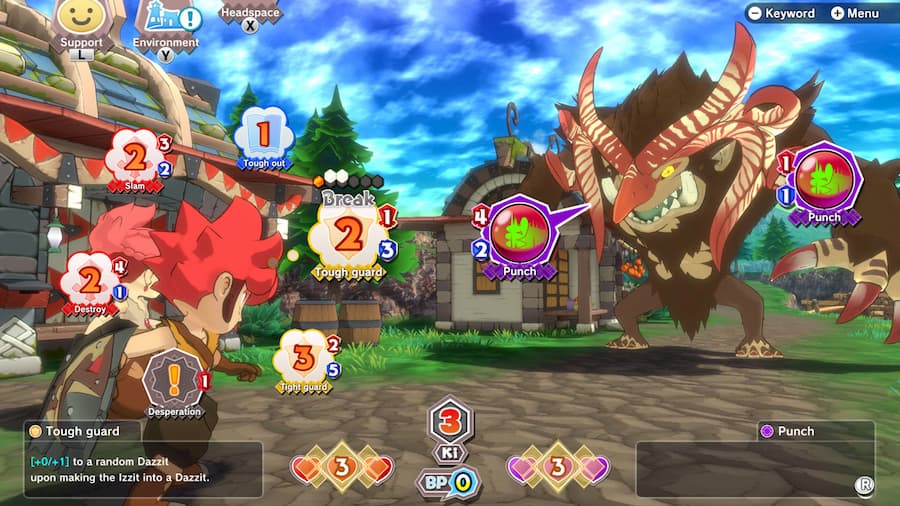 In combat, Axe and his opponents are surrounded by a number of battle ideas, called ‘izzits’. Each izzit is a potential attack or move that can be made, but each one also has a cost. Axe only has a finite number of points to spend each turn, and the izzits you can use are heavily limited by what you can afford.

Each izzit has a defence and attack score. To use an izzit, it must be first turned into a ‘dazzit’, which costs points and essentially activates the attack. You can have multiple dazzits at any one time, but only one can be used per turn.

Essentially, you want to ensure that the dazzit you use has a higher attack score than your opponent’s defence score. If you can beat their defence, then you’ll ‘break’ the dazzit. The goal is to break all of your enemy’s dazzits in a round, without having all of yours broken. Doing so will enable you to cause damage to your opponent.

The trouble is, the izzits available to you at any one are random. Not knowing what attacks are going to be available to you coupled with the fact that you’re highly limited by how many points you can spend (it starts at three, and gradually increases the more rounds you fight) means that combat in Little Town Hero is a long, drawn-out affair that often feels impossible to win. You can swap out izzits, but this again has a cost, and it’s something you can’t afford more than once or twice in a fight. 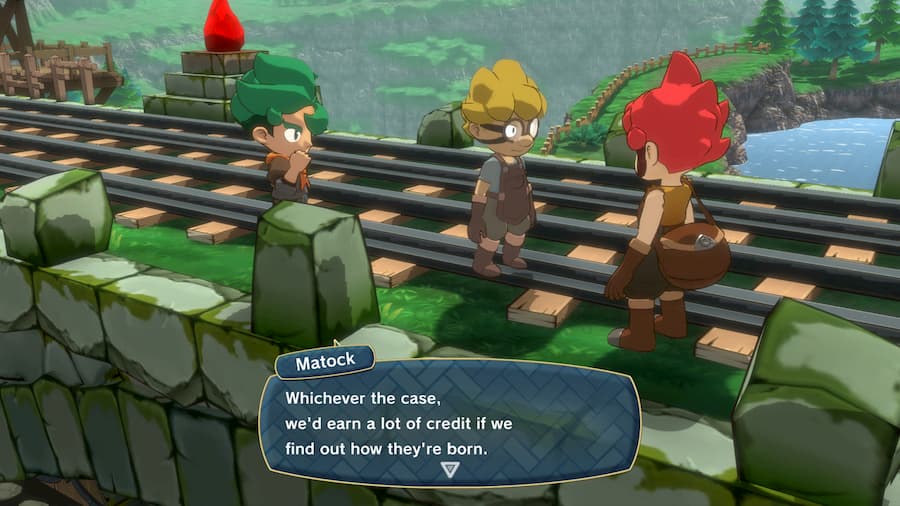 It doesn’t help matters that your enemies don’t seem to be limited by points as you are. Every one of their izzits will be used against you unless you can best them. You, on the other hand, can only use a selection of your izzits, depending on the amount of points you have. Which is pitifully low, if I haven’t already made that clear.

Along with your own izzits during battle, you can also make use of certain environmental elements. You might, for example, be able to fire a cannon or let loose a chicken onto your opponent. Doing so, however, still requires a specific izzit to be amongst your active ideas – and chances are, it won’t be there. You can also call upon your friends in certain areas of the battlefield, each of whom has a special move. These are, thankfully, free to use (although limited to once per battle) and can be really useful in turning the tides.

If all of this sounds a bit convoluted, it’s probably because it is. Stupid made up words like ‘izzits’ and ‘dazzits’ are, presumably, meant to make Little Town Hero‘s systems feel cutesy, but it just further compounds the frustrations of the game. It’s a shame too, because when combat works in Little Town Hero, it feels good. It requires you to use your logic to work out a plan of attack; which izzits to change into dazzits first and how best to take down your opponent. When a plan comes together, you can’t help but feel powerful and proud – it’s a real achievement. Unfortunately, it’s an achievement that often feels massively unattainable.