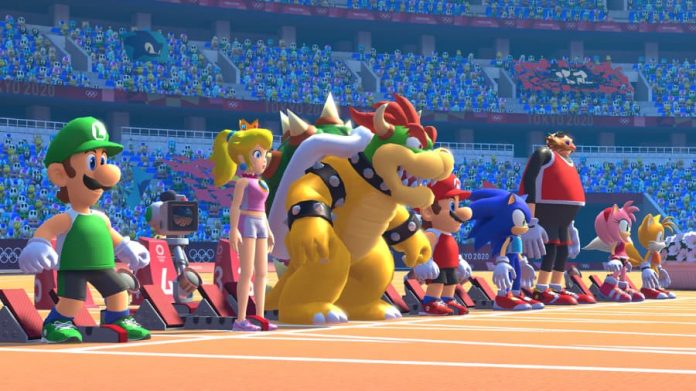 I’m not a sporty person, but cross Olympic events with Mario and Sonic and you have my attention.

Set for launch on 5th November (or 8th November if you’re in Europe), I’ve spent a couple of hours getting to grips with Mario & Sonic at the Olympic Games Tokyo 2020, the first of the series to land on Nintendo Switch. And you know what? I think I’m going to have a lot of fun with it.

It’s clear from the moment you jump into your first event that Mario & Sonic at the Olympic Games Tokyo 2020 looks great. It may not be made by Nintendo, but it has all the charm and colour of a first-party title. It has the performance, too; there’s no Link’s Awakening-like framerate shenanigans here. Everything is set for you to just throw yourself into a bucketload of events types and simply have fun.

When it comes to events there are plenty. 21 events form the game’s Tokyo 2020 offerings, ranging from 100m to sports climbing and even surfing. Then there are three Dream events – Racing, Shooting and Karate – that are a little more video game-like and fantastical. And to finish off you can travel back to Tokyo 1964 to take part in a further 10 events. Aside from yet another iteration of 100m, all the Tokyo 1964 events are unique, and their retro stylings make them feel like a real blast from the past. 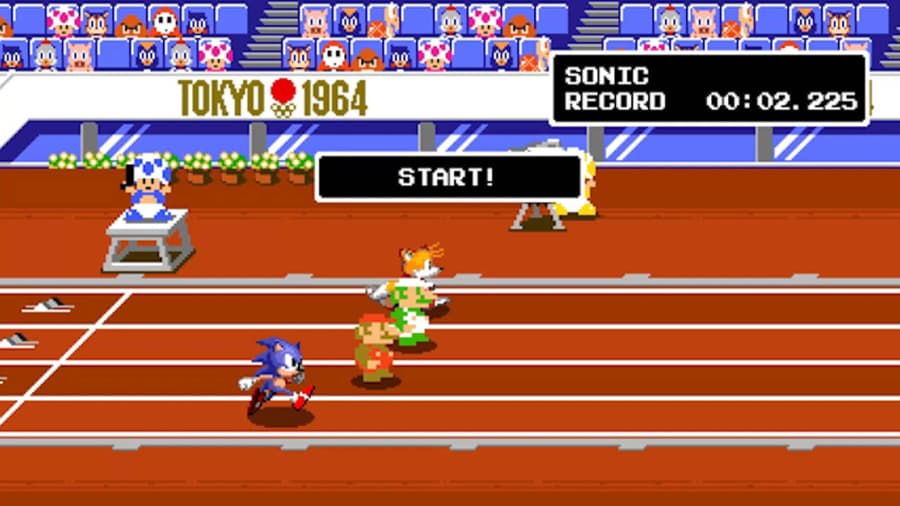 From the handful of events that I’ve tried up to now it would appear that the majority either let you play with motion controls or just buttons, which is great if you don’t want to have to swing your arms around like a lunatic. It also makes it Switch Lite-friendly if you’ve just picked one of those up. Motion controls are probably better if you’re playing with friends though, as it just makes everything dafter. And Mario & Sonic at the Olympic Games 2020 is certainly a game you’ll want to play with friends.

Mario & Sonic at the Olympic Games Tokyo 2020 isn’t just a collection of standalone events meant for multiplayer antics though; there is a single player story mode too – one in which Bowser and Dr. Robotnik have banded together and invented a device to thwart their enemies. It goes wrong, of course, and ends up sending a selection of the game’s cast to the Tokyo 1964 Olympic games. From then on, the story frequently switches between the past and present, with you taking part in both retro events at the Tokyo 1964 Olympic games and snazzy looking events at the Tokyo Olympic games 2020. 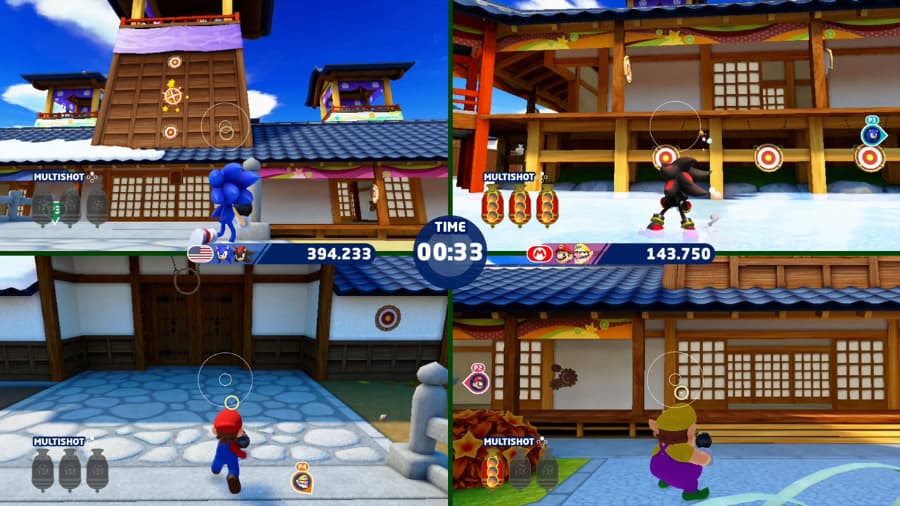 How long Mario & Sonic at the Olympic Games Tokyo 2020‘s story mode is remains a mystery to me at this point, but with many locations to visit on a fairly sizeable map, it seems like it won’t be a short affair. It’s quite educational, too, with facts about the Olympic games and the worlds of Sonic and Mario just waiting to be discovered. My only bugbear with it up to now is that dialogue isn’t voiced, so you spend a lot of time clicking though text boxes. Still, it seems quite fun for what it is. I’m looking forward to playing through it.

While it’s not likely to surprise anyone that’s played earlier releases in the Mario & Sonic at the Olympic Games series, the combination of a varied range of events that are easy to pick up and a polished, colourful presentation style are sure to make Mario & Sonic at the Olympic Games Tokyo 2020 popular when it releases next month. It seems like the perfect game to get out when you have family around this Christmas, and the retro events might even elicit some fond memories from gamers of a certain age. Watch out for our full review of the game close to its release.

Mario & Sonic at the Olympic Games Tokyo 2020 launches on Switch next month. Preorder your copy now. 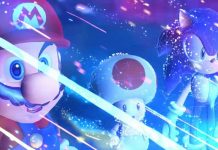 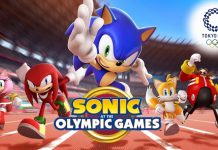 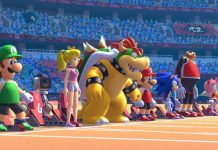 Mario and Sonic Are Heading Back to the Olympics in November