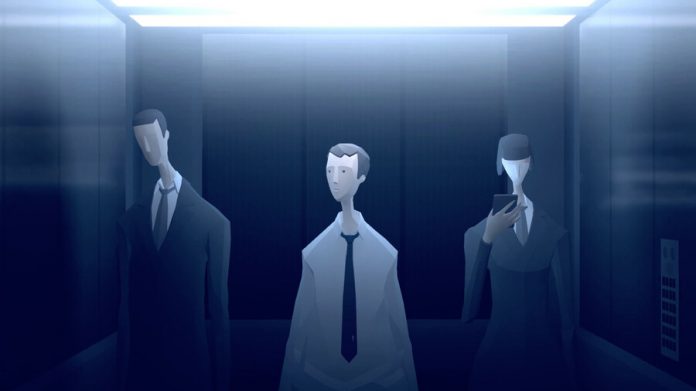 I hate myself and it’s all Mosaic’s fault.

Sure, I didn’t have to spend an entire evening fiddling with Mosaic’s in-game clicker app. I normally steer clear of mobile gaming – but BlipBlop, to my shame, had me hooked. I knew I was supposed to be experiencing this adventure game’s wider world, and writing a preview of it, but the “prestige” for reaching level 100 was too much to resist.

It’s not that BlipBlop is fun by any stretch of the imagination. It’s as grey as the rest of Mosaic’s world, and your “progress” is rewarded by upgrades that let you click faster. Whatever chemical it triggered in my brain kept me playing for five hours, a vacant grin spreading across my face as I edged towards my goal. And my reward for hitting level 100? I got to start all over again with a bonus multiplier.

But BlipBlop’s pointlessness is the precisely the point. It’s Mosaic in a microcosm; a grim, grey world (not far removed from our own) where people perform meaningless tasks for the sake of near-meaningless rewards. By the time I’d tore myself away from this time-eater I felt nothing but sympathy for the game’s downtrodden protagonist. Not quite enough to talk to an imaginary goldfish, but I was getting there. 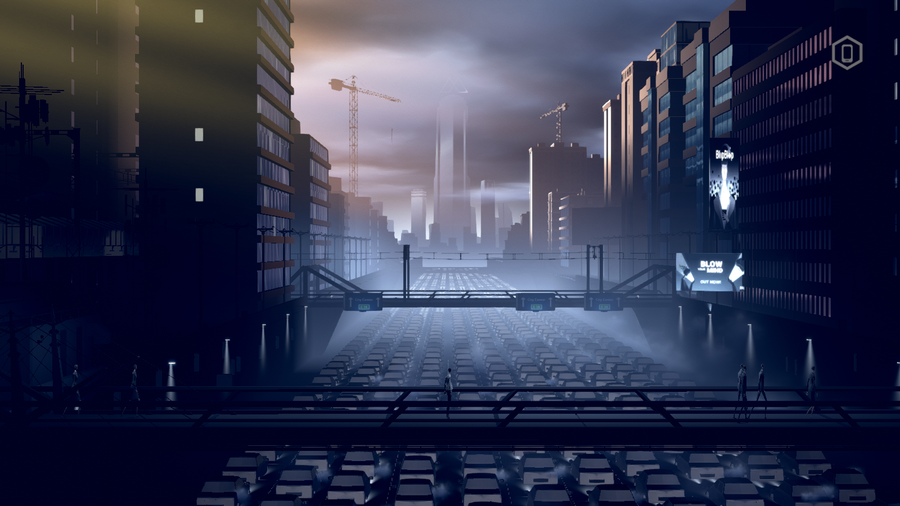 Goldfish conversation aside, Mosaic’s demo offered glimpses (or ‘fragments’ as it calls them) of the full title. Making its world near-monochrome might seem like a shortcut to misery, but it’s not just the lack of colour that makes Mosaic’s world so grim. The demo threw up some fantastically striking images; roaming past a vast bank of mailboxes, gazing down from an overpass at a near endless traffic jam.

Equally striking (and engaging) was a section where control switched to a yellow butterfly. Transfixed by the contrast between the colourful insect and his grey, angular world, the game’s main protagonist followed the butterfly as I guided it under the city’s busy streets before.. well, I won’t spoil the surprise. I was reminded of Terry Gilliam’s Brazil and it may well be that Mosaic’s protagonist proves to be as unreliable a narrator as that film’s star. 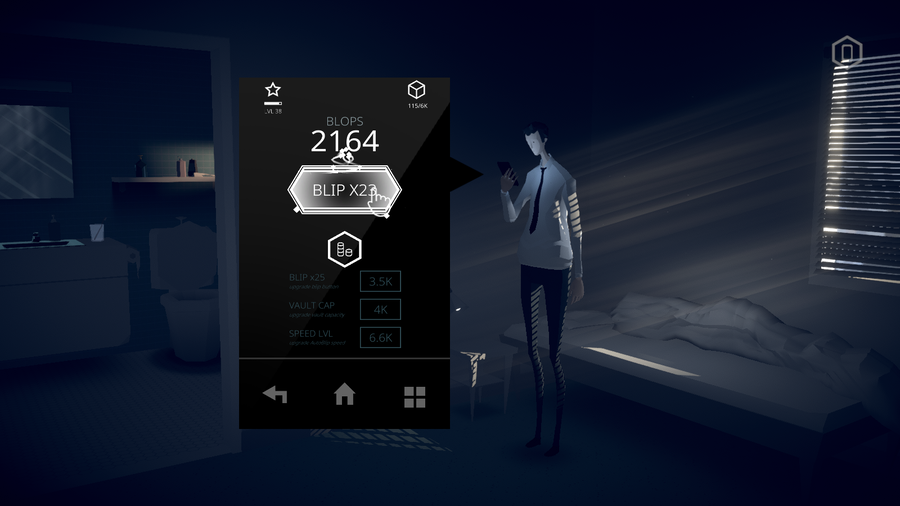 There are plenty of other misery-underlining touches too, such as the way your fellow workers use their phones as an excuse not to make eye contact. Mosaic promises to explore the concept or urban isolation. The demo wasn’t all that odd, but the game’s trailer suggests you’ll encounter fantasy elements the further you journey through the world.

Mosaic has definitely piqued my interest and I’ve almost forgiven it for turning me into a mouse-mashing zombie.You can discover whether Mosaic piles on the misery or leads you into dreamland when it hits PC later this year.

Just remember to steer clear of BlipBlop. It’ll be the ruin of you.