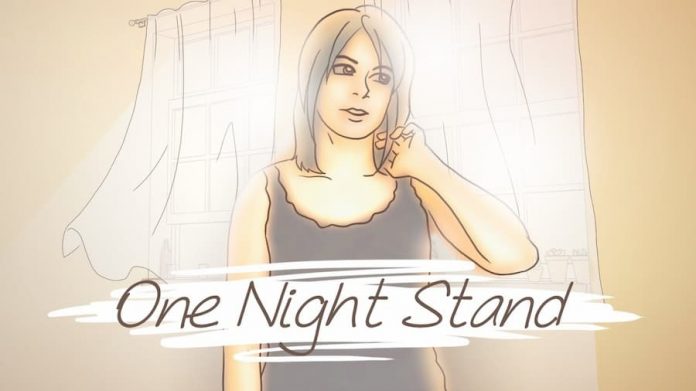 If you’ve ever wondered what it’s like to wake up in someone else’s bed after a long night of drinking – you’re about to find out.

We’ve all been there. You’ve had a couple of drinks, you notice someone cute at the bar and you seem to hit it off after a bit of talking. A couple more drinks and you’re offering to walk them home.

As you stumble down the street, you think about the possibility that they might want something more from you. You kiss, maybe do a few things more, and you fall asleep with the comforting thought that you’ll wake up in the morning and remember every bit of it.

But then you don’t.

One Night Stand is a dialogue-driven game from developer Kinmoku that tells the story of two people involved in a one night stand. You play as a male character who wakes up naked in a woman’s bed. The problem is that he can’t seem to remember her name, who she is, or even how he came to be there. 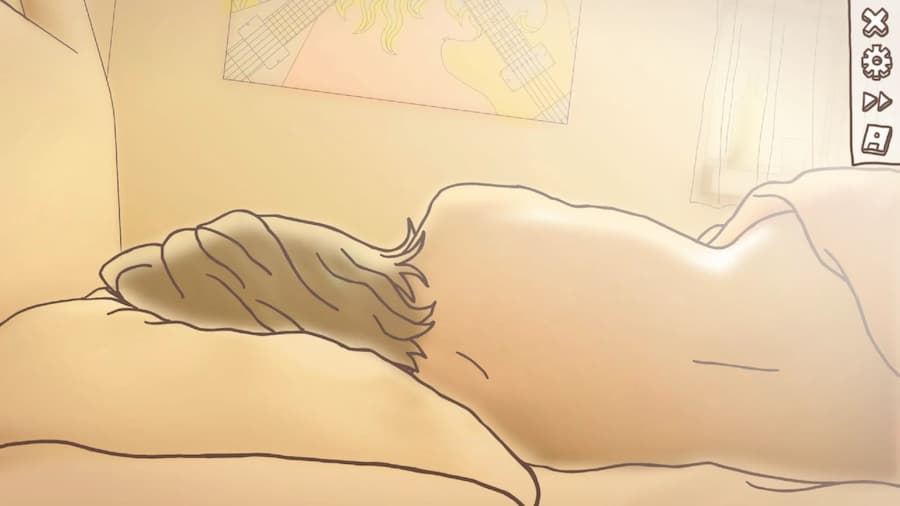 If you’ve ever had a one night stand, then you know how awkward they can be the next morning – and this comes across painfully accurately in the game. As the player you’re able to poke around the woman’s room, trying to get some kind of hint as to the kind of person she is. She’ll ask you questions about the night before and about your life, and it’ll be up to you how to answer. Do you want to be honest with her and tell her that you have no idea who she is? Or do you want to try and lie and make her feel comforted by the fact that you chose her over the other dozen girls in the bar that night?

Whatever you choose can lead you to a total of 12 different endings and many of those endings will only take you a few minutes to achieve, so you’ll likely want to play through a few times. The best part of One Night Stand is it’s unique art style which reminded me of A-ha’s Take On Me music video. With a slightly less 80s vibe. The character’s movements are fluid and the sepia-tone art style keeps the whole experience calming and enjoyable.

If you’re looking for a quick, interesting game to play in one sitting, One Night Stand is worth it for the creative approach to an awkward situation but also for it’s lovely art style.

One Night Stand is available on PC, PS4, Xbox One and Nintendo Switch.