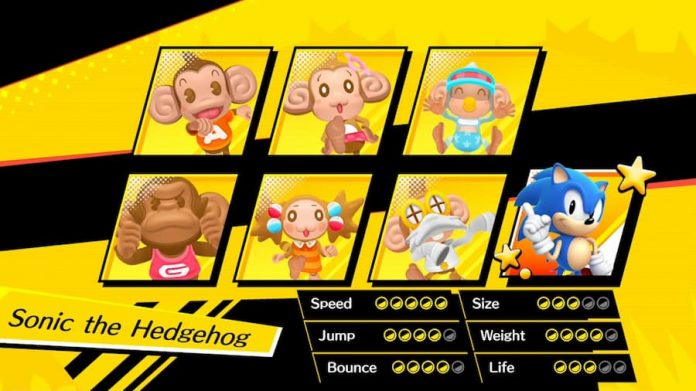 SEGA has announced that Sonic the Hedgehog will be an unlockable character in Super Monkey Ball: Banana Blitz HD, launching later this month.

A new trailer announces that Super Monkey Ball: Banana Blitz HD, the remaster of SEGA’s 2006 platformer originally released on Wii, will feature Sonic the Hedgehog as a secret unlockable character.

As you might expect, playing as everyone’s favourite spiky blue mammal will let you reach some very high speeds. It will also change the bananas in every stage to gold rings, topping it off with some retro sound effects.

Along with Sonic, there will also be some hidden unlockable costumes for the main cast of characters, which will take some skill to collect. Check out the special announcement trailer below to get a look.

Super Monkey Ball: Banana Blitz HD will be heading to PlayStation 4, Xbox One and Nintendo Switch on October 29th. For more information on the game, you can go to the official website.