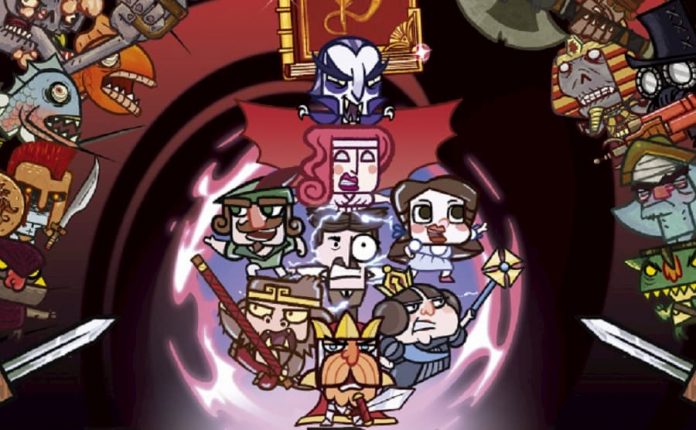 What happens when Dracula, Dorothy Gale and King Arthur all get together? Well, that’s pretty much what Bookbound Brigade wants to find out.

Expected to release before the end of the year, Bookbound Brigade is a Metroidvania game with a difference. You don’t simply play as one hero; you play as eight of them at once, and they’re all popular characters from history and classic literature.

I got hands-on with Bookbound Brigade this past weekend at EGX, and after a 20-minute demo I was impressed with what I played. Smooth to control and an absolute pleasure to look at, it’s certainly one to watch if you’re a fan of platforming adventures.

Despite controlling multiple characters at once, they all move in formation, jumping and attacking together. So your inputs feel no different to if you were controlling just one – but you get the pleasure of seeing the likes of Robin Hood and Sun Wukong bumble around together.

There’s a benefit to controlling a group, too. As you play, you’ll unlock ‘formations’ for your characters, allowing them to stack on top of each other vertically, or line up horizontally, in order to perform new skills and presumably reach new areas. 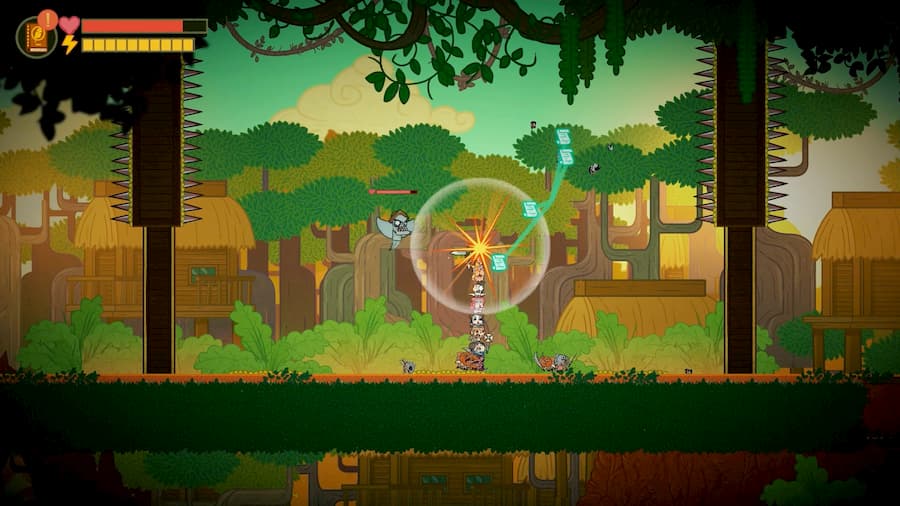 There’s a wealth of different environments packed into Bookbound Brigade. Even in my short demo I travelled from forest to fancy mansion to tropical island. While its graphical style is simple, it manages to pack in a lot of charm and each area is vastly different from the last. It seems like you won’t play through them one-by-one either; I was jumping through book-shaped portals between worlds willy-nilly. How the non-linearity will work out in the full game remains to be seen, but my initial impressions suggest it’ll keep things feeling fresh for longer, with no environment ever outstaying its welcome. I just hope it doesn’t compound keeping on top of your progress in the long run.

Combat with your muddled heroes is a simple affair; simply bashing the attack button will unleash a fury of combos. It’s clear exploration is the main focus of Bookbound Brigade, with foes scattered along the way to provide a small diversion. It’s no bad thing; the game’s worlds feel fun to explore, with plenty of areas to return to once you’ve unlocked the required skill. There’s a lot of jumping across platforms, avoiding obstacles and correctly timing manoeuvres; but the controls feel responsive enough for this to remain fun.

Along with your eight main characters, Bookbound Brigade throws a tonne of other famous faces at you in the form of NPCs – over 50, according to the press release. I met Joan of Arc on my travels, introduced by one of my heroes with a whimsical, if not insensitive “aha, I didn’t recognise you without being on fire”. Rude. It’s a great example of all the dialogue in Bookbound Brigade, actually. It isn’t voiced, but the text is well-written, sharp and witty.

There’s no set release date for Bookbound Brigade just yet, but it’s scheduled to release “later this year” – and without much of the year left, it’s likely to be pretty soon. It’s coming to PC, PS4 and Nintendo Switch. I’m looking forward to playing more and seeing what other shenanigans Dracula, Queen Victoria and pals get up to, and if you’re a fan of Metroidvanias then it ought to be on your radar, too. 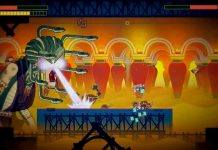 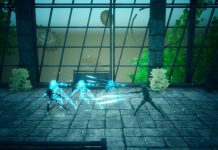