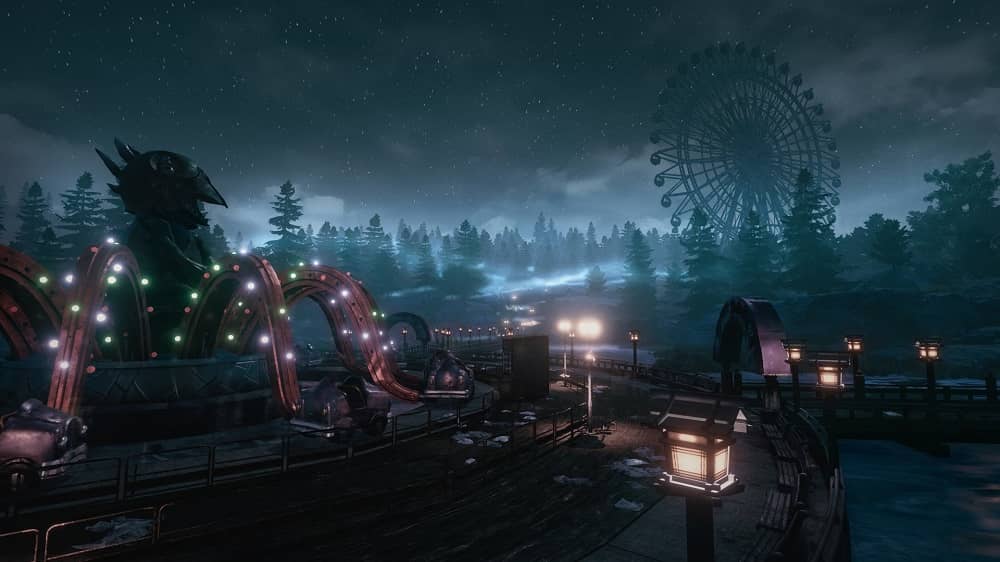 The Park, Funcom’s disturbing psychological horror game from 2015, will be creeping onto Nintendo Switch later this month.

Originally released on PC in October 2015 and spreading onto PS4 and Xbox One the following year, The Park will finally be coming to the Nintendo Switch on October 22nd.

Stranded in a closed amusement park, you play as Lorraine, a single mother desperately searching for her missing son Callum. Atlantic Island Park’s history is a mysterious and gruesome one, plagued with accidental deaths, gruesome killings and dark conspiracies. As she explores the sinister park, Lorraine can only hope that it is done claiming innocent lives.

The Park was originally released only in English, but the Switch release comes at the same time as some new language options; including French, German, Spanish, Italian, Brazilian Portuguese, Russian, Simplified Chinese and Japanese.

Interestingly, the game also shares a thematic universe with Funcom’s MMORPG The Secret World, which is filled with dark and supernatural conspiracies. This is also the case for upcoming sci-fi horror game Moons of Madness.

The Park is currently available on PS4, Xbox One and PC. You can read our review of the Xbox One version here. The Nintendo Switch edition will be available from October 22nd.