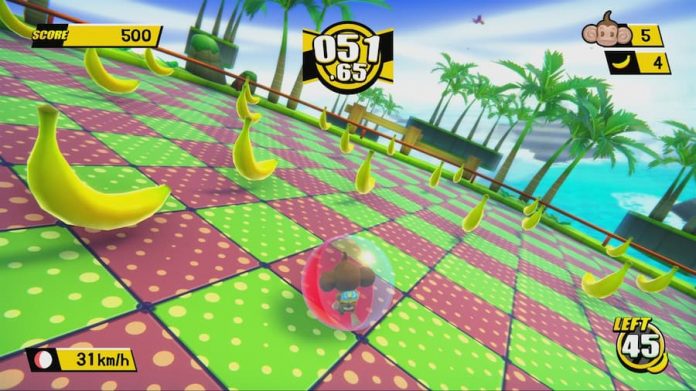 Remastered for PS4, Xbox One, Switch and PC, Super Monkey Ball Banana Blitz HD takes the Nintendo Wii game, strips out the awkward motion controls, tweaks its stages a little and gives it a visual spruce up. It also takes a knife to the original game’s 50-strong line-up of party games, reducing them down to just 10. But you do get Time Attack and Decathlon modes to make up for it.

As its name would suggest, the single player-only Main Game mode is the centrepiece of Super Monkey Ball Banana Blitz HD. With your chosen monkey safely closed inside a ball, it’s down to you to guide them through eight worlds, each with their own theme. You’ve got an Egyptian-themed world, a jungle-themed world, a pirate-themed world; you know the score. Each world has eight stages, in which your aim is to get to the exit portal before time runs out. That’s not so easy when there’s a plethora of traps and enemies to negotiate, however.

To further complicate matters, bananas also litter each stage, and picking up a liberal number of them will reward you with an extra life; handy if you’re trying to complete a world without using any continues. You’ll find a bonus stage in each world too, in which all you have to do is collect bananas, allowing you to boost your number of lives. And there’s also a boss stage, because all games need boss fights, don’t they? Make your way through Main Game mode and you’ll unlock new outfits for playable characters and other goodies. 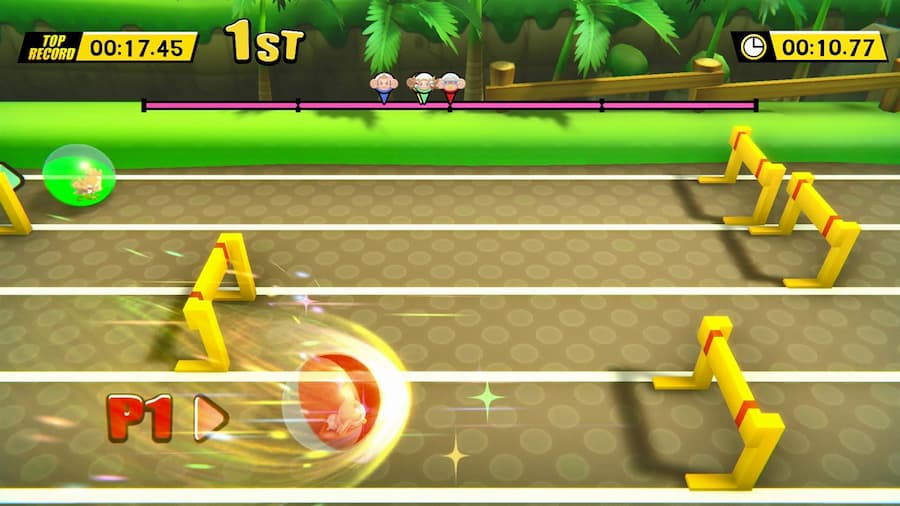 Moving on from Main Game mode, Party mode offers up ten mini-games that you can play by yourself or with a small group of friends via local multiplayer. Some of them, such as Whack-a-Mole, Seesaw Ball, Dangerous Route and Monkey Target are quite fun. Others aren’t. It’s a shame that so many have been cut from the original Super Monkey Ball Banana Blitz, but with the change over from motion control to analogue sticks it’s understandable. Also, if what’s on offer here is the best of the bunch, then the others must have been pretty dire. Party mode is entertaining enough for half an hour if you have friends over, and that’s about it.

And then you get to the new additions. Time Attack mode offers up just three courses for you to speed through as fast as possible. You can tackle the Main Game mode’s first world, first five worlds, or all eight worlds. If you like comparing your performance via online leaderboards, you’ll probably like it. The same can be said for Decathlon mode, which challenges you to play through all eight Party mode games to get as high a score as possible. They both don’t really add much to the game unless you’re rather competitive though. 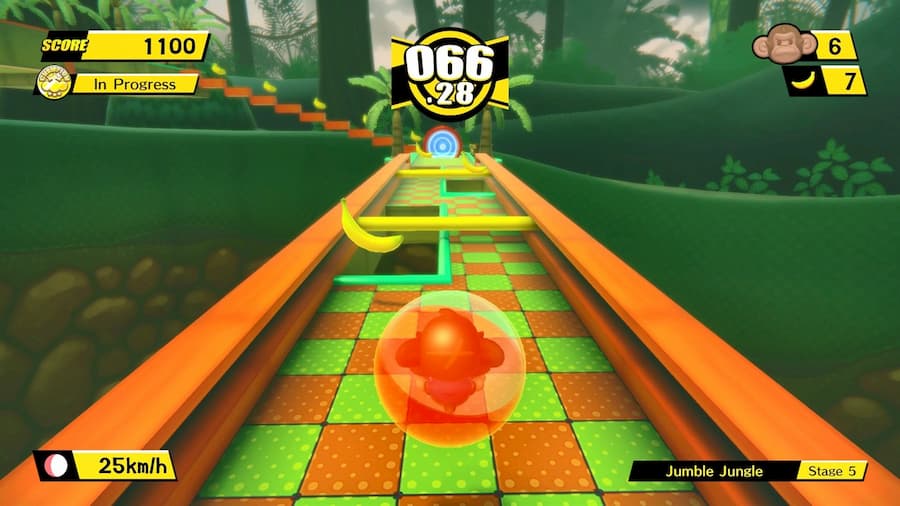 Plaguing the entire game is a camera that is simply disorienting. It leans one way then another as you move your ball, often making the onscreen action hard to follow. You can’t manually control the camera, either, which doesn’t gel well with the jump manoeuvre introduced in Super Monkey Ball Banana Blitz. You’ll sometimes find yourself forced to jump to the side awkwardly because you can’t rotate the camera to get a good view of where you want to be.

Super Monkey Ball Banana Blitz HD‘s biggest faux pas, however, is found within its Main Game mode: its bosses. They feel unnecessary and out of place. Plus, they’re just messy. Each one requires you to hit targets often placed on their heads or bellies, but jumping at them accurately is not so easily done thanks to the game’s purposeful movement and wonky camera. There’s only so times you can get blasted off a stage and lose a life before you get frustrated with boss encounters. You never emerge from one and think “Oh, that was good!”. You just tolerate them. 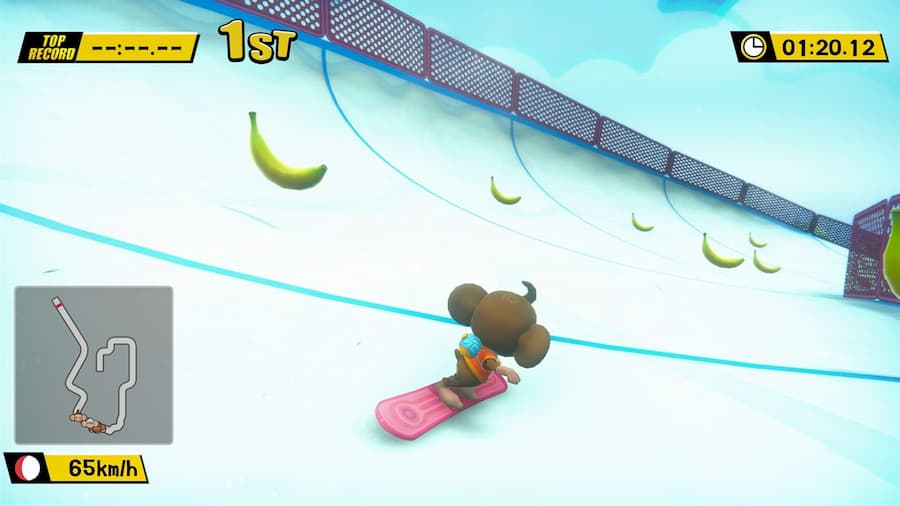 Super Monkey Ball Banana Blitz HD is available on PS4, Xbox One, Switch and PC. We reviewed the Xbox One version. 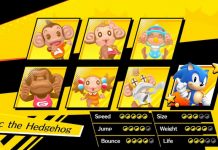 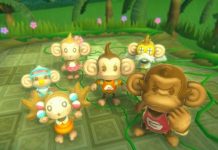