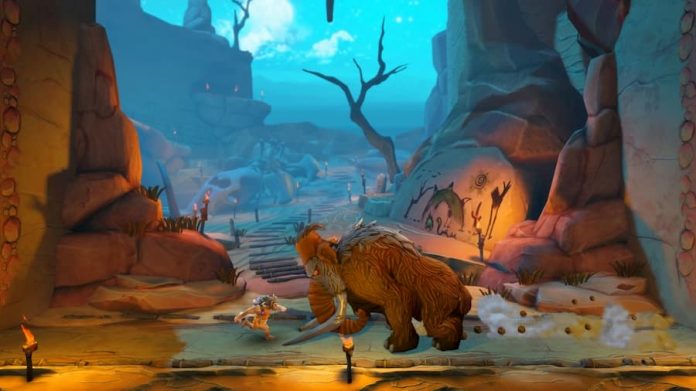 I’ve got to admit, Jet Kave Adventure‘s rather bland name almost put me off.

Judgmental of me, I agree; never judge a book by its cover blah blah blah. But come on? Jet Kave Adventure? It didn’t stir up much ingenuity.

But while Jet Kave Adventure doesn’t push the boundaries of video game possibilities in any way, it does offer up a surprisingly solid adventure that’s as tight as some of the classics.

You take on the role of the titular Kave, a caveman who’s just been turfed out of his tribe. Why? It’s not important. What is important, however, is the fact that shortly after setting out alone, Kave encounters an alien and discovers a piece of very futuristic alien tech: a jetpack! Yeah, not only is Jet Kave Adventure set in pseudo-prehistoric times where humans dinosaurs lived side by side, it also features jetpacks and aliens. If that’s not enough to sell you on its concept, I don’t know what is. 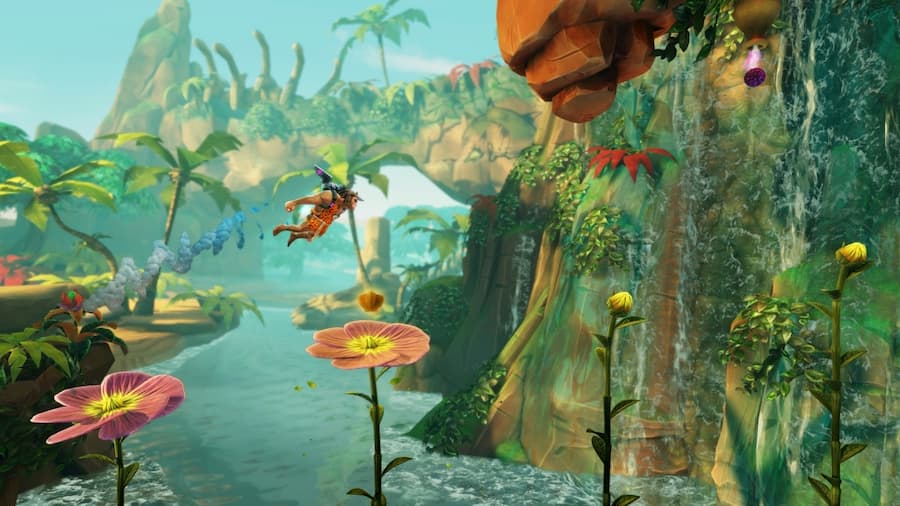 Jet Kave Adventure looks surprisingly nice for a Switch game, too. Graphics are rendered in 3D, but the game plays on a 2D plane. Everything is crisp and sharp, even playing docked on a big screen.

But its in the gameplay where Jet Kave Adventure really shines. Equipped with a jetpack, Kave’s repertoire of movement is vast, with him able to jump, glide, fly, charge through walls or up in the air, crouch and attack. Every button the controller has a purpose; you’re not simply jumping and attacking your way through a series of levels. To mix things up even more, you’ll come across levels where you’re being chased by a dinosaur, levels where you’re flying horizontally and levels where you’re jetting upwards, dodging falling obstacles. It’s a very nice mix of activity; one that keeps you eager to push on.

You’ll also unlock upgrades for Kave as you play through the game’s 36 levels. You’ll find currency dotted through each level, which is accumulated across the game and can be spent on upgrades. You can add extra charge to your jetpack, upgrade you health, power up your weapon and more. It provides a really nice sense of progression.

For a budget platformer, Jet Kave Adventure feels solid. Reaching high levels with a combination of jumps and your jetpack can take a bit of practice, but for the most part your controls are responsive and traversing levels is buttery smooth. It might not exactly be Sonic or Mario levels of excellence, but for a game that costs £18, there’s a lot to like here.