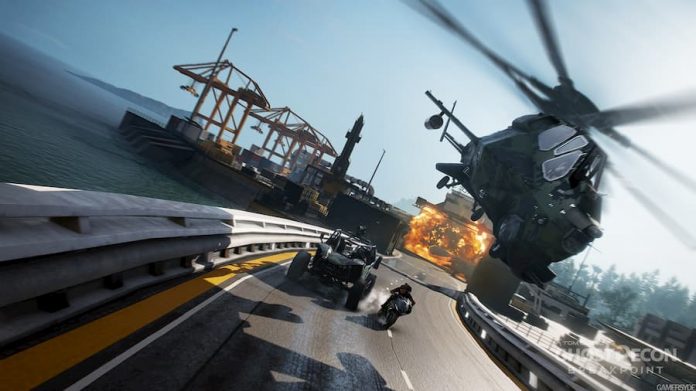 Tom Clancy’s Ghost Recon Breakpoint might be primarily about tactically shooting your enemies. But there’s much more to it than that.

The world that Breakpoint is set in, the South Pacific island of Auroa, is massive. You can – and undoubtedly will – travel around it on foot, heading from one mission marker to the next as you trek through jungle, swamp and mountainside. If you’ve only got a kilometre or so to cover, running is fine. After all, you’ll undoubtedly stumble across some interesting side content on the way, whether it be some extra enemies to put bullets into or some boxes to loot.

But as big as Auroa is, it’s not uncommon that your next mission of choice might be 10 or 15 kilometres away. Maybe more. You’d be a fool to trek that distance on foot.

Thankfully, Ghost Recon Breakpoint has a wealth of vehicles at your disposal. Even better, most of them are an absolute joy to take control of.

Cars, the most common vehicle, are the least interesting to drive. Sure, there’s a range of ’em to choose from – from jeeps that are easy to throw around corners and bounce over rocks with to big, lumbering armoured trucks that can protect you from approximately three thousand bullets – but they’re just cars. Well, trucks. Jeeps. Four-wheeled vehicles; whatever you want to call them.

Move onto bikes and things start to get a little more interesting. No longer are you playing Ghost Recon Breakpoint; you’re playing Trials! A big, 3D, open-world sandbox game of Trials. One where you may get shot at if you ride too close to a group of enemies. But avoiding gunfire aside, biking through the bumpy, uneven terrain of Auroa is a hell of a lot of fun. You can ride over rocks, speed down highways, and even throw in a few wheelies. Jump off a canyon and you can even probably get a few backflips in there, though there’s no guaranteeing you’ll make a safe landing…

As fun as being on two wheels is, though, it’s not quite as fun as taking to the air. Helicopters are readily available to you in Breakpoint; you’ll find one very early on in the game just outside of your safe base of Erewhon. Without any complicated piloting controls to get used to, you can simply jump in, hit the throttle and head to the skies.

Cruising over Auroa is an absolute thrill. Not only is the helicopter the quickest and safest way to get around (providing you don’t hit any treetops with your propellers), the aerial views you can take in are spectacular. Ghost Recon Breakpoint is a stunning game, and the island of Auroa packs in so much variety. Only from the air can you truly appreciate the scale of everything.

You’re also able to glide right over enemies’ heads without being detected. If you’re too low, they may hear your engines, but soar upwards into the skies and you’re free as a bird. The downside to travelling by ‘copter is that areas on your map won’t unlock as you pass through them if you’re flying too high. It’s worth keeping closer to the ground for that reason – but then you really must watch out for trees. Catch one with your blades and you’re toast.

Vehicles in Ghost Recon Breakpoint are supposed to be merely functional. They’re there to get you from point A to B; taking you from one firefight to the next. But that doesn’t mean they need to be boring. Grab a helicopter and take it for a spin simply to take in the sights. Find a dirtbike and take it offroading; speeding over rocks and up muddy embankments is far more fun than it should be. Sure, do some shooting and looting as well. But take some time to have fun with the vehicles, too.

Want to support GameSpew? Buy Tom Clancy’s Ghost Recon Breakpoint using our Amazon affiliate link. It won’t cost you anything extra, but we’ll get a small slice of the purchase. 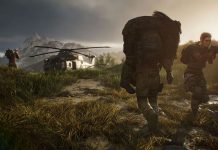