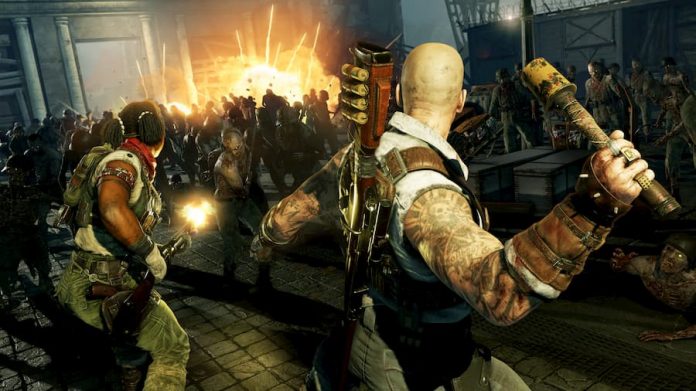 Rebellion has revealed exactly how long we have to wait until we’re facing the next wave of undead Nazis in Zombie Army 4: Dead War.

Now available to preorder, Zombie Army 4: Dead War is arriving on PS4, Xbox One and PC on February 4th 2020.

Originally a simple spin-off DLC for Sniper Elite, the Zombie Army series has amassed a huge following in its own right, providing players with intense gruesome action against hordes of Nazi zombies.

To celebrate the release date announcement, Rebellion has also dropped a brand new gameplay trailer, with a load of exciting reveals including a zombie shark! Give it a watch below.

All preorders of Zombie Army 4: Dead War will include a free Undead Airman Character Pack, which features a new playable character: a stiff-upper-lipped British zombie named Hector. Rebellion has also released details of various special editions of the game, which will come bundled with tonnes of bonus goodies. You can check out the Collector’s Edition reveal trailer below, but you can also find details about the Deluxe Edition and Super Deluxe Edition on the game’s official website, as well as information on how to preorder.

Zombie Army 4: Dead War will be coming to PlayStation 4, Xbox One and PC on February 4th 2020.