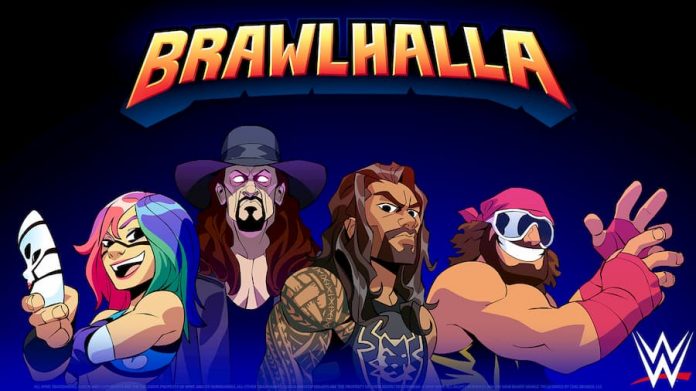 Brawlhalla welcomes Roman Reigns, The Undertaker, Asuka and “Macho Man” Randy Savage as part of a WWE crossover with the free-to-play fighting game.

This new wave of WWE superstars join the likes of Dwayne “The Rock” Johnson, John Cena, Becky Lynch and Xavier Woods, who have been available to purchase in Brawlhalla since the first WWE Brawldown back in August.

The free Brawldown game mode features a wrestling ring, breakable tables and fun rope physics, so jump into action with some of your favourite WWE stars. They’ll cost you 300 Mammoth coins each though.

“Macho Man” Randy Savage uses chairs, flexing and his winning smile to take down his opponents. The Undertaker teleports around the stage using his urn and destroys his foes with dark powers. Asuka uses her mask and fans to fight, while Roman Reigns is a heavy hitter with deadly punches.

All of the new and old WWE characters will still be available to purchase following the end of the event, so don’t worry if you’re late to the party.

Brawlhalla is available to download and play for free on PS4, Xbox One, Nintendo Switch and PC. Check out the WWE crossover event trailer below, or for more details head over to the game’s official website.