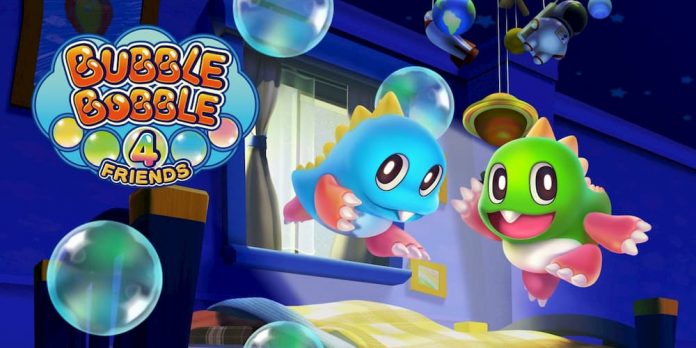 Remember Bubble Bobble? Well, the series is back with a fresh new look, exclusive to Nintendo Switch.

Even if you’ve never played Bubble Bobble, you’ll probably recognise its cute protagonists, adorable ‘bubble dragons’ Bub and Bob (inventive, no?). Bubble Bobble‘s gameplay has always been about taking control of these chubby green and blue dinosaur-like creatures to create bubbles, as not only do they destroy enemies, but they can also be used as platforms in order to reach higher areas of the stage. It’s a simple but effective gameplay loop, one that originated in arcades back in 1986.

Charmingly, Bubble Bobble 4 Friends includes a version of the original arcade game to play if you feel like getting a nostalgia fix. But the real meat of the game feels largely unchanged from its 30-year-old roots; if you’ve ever played the game before, you’ll feel instantly familiar with Bubble Bobble 4 Friends. Despite having beautiful new visuals, it’s essentially the same game, but that’s not necessarily a bad thing.

The game packs in 100 levels to make your way through, split up into various ‘worlds’. Each world has its own unique feel, and as you make your way through them, the levels get progressively harder. Early on, simply firing bubbles at enemies will be enough to pass. But a dozen or so levels into the game and you’ll be negotiating various obstacles, dodging enemy attacks, and needing to use your own bubbles to reach higher areas.

At the end of every set of levels you’ll come up against a boss, which provides a fun twist on the standard gameplay. Each boss is well-designed, and has its own set of weird and wonderful attacks for you to avoid. Most seem to boil down to the same thing: keeping out of the way until they tire themselves out, and then unleashing as many bubble attacks on them as you can. 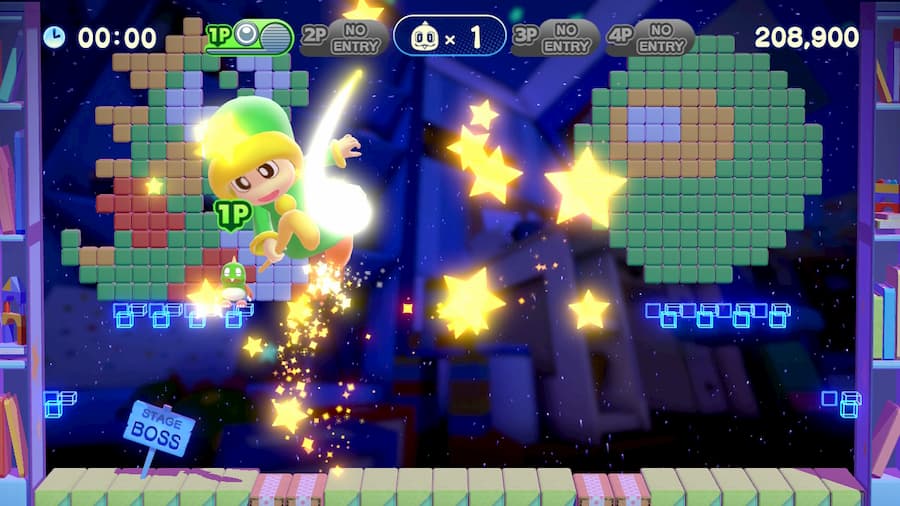 You can also upgrade the abilities of your bubble dragon: by collecting ‘EXTEND’ letters that are scattered around levels, you’ll be able to unlock upgraded skills that allow you benefits like firing electrified bubbles, or bombs that can allow you to damage multiple enemies at once.

It’s the sort of game that’s fun to play in short bursts, busting through a handful of levels at once. And the short nature of Bubble Bobble 4 Friends‘ levels lends itself perfectly to that style of play – as does the Nintendo Switch. You can pick it up and complete a level or two during an ad break of your favourite TV programme, or power through a few before you settle down in bed. In fact, it’s probably the optimum way to play, because otherwise the gameplay can get quite repetitive – as is true for most classic arcade games.

The clue might be in its title, but the real draw of Bubble Bobble 4 Friends is its local multiplayer functionality. The full game can be played with up to three friends in couch co-op, which sees you working together to take down enemies. It makes for a more fun and frenetic experience, as it can get quite chaotic on-screen when there’s multiple bubble dragons jumping around, firing bubbles! 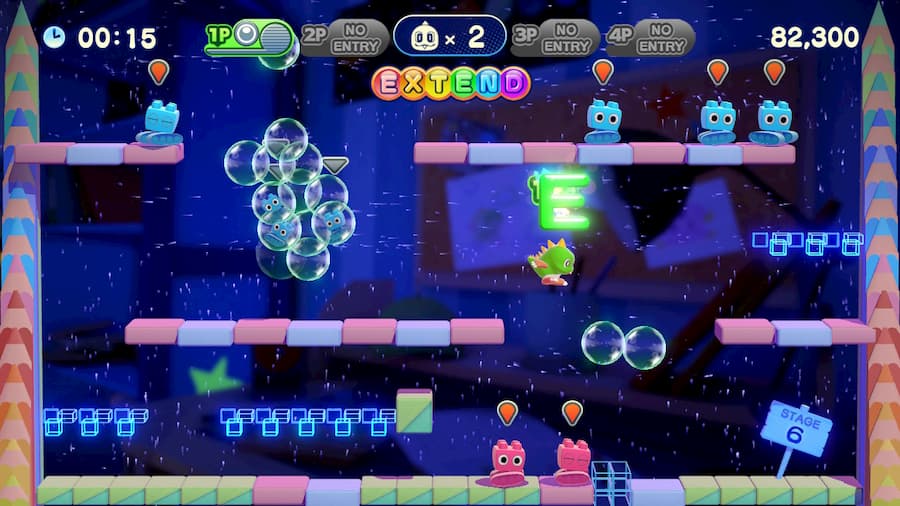 If you’ve played a Bubble Bobble game before and didn’t enjoy it, you’re unlikely to find this one much different. Bubble Bobble 4 Friends is a very nicely put together incarnation of the game, but it doesn’t try to reinvent itself in any way. It sticks very much to its roots, which is surely good news for anyone who holds the original dear to their heart. And while the multiplayer is a nice touch, it isn’t anything that hasn’t been seen before in several of the numerous games to spawn from the franchise.

That said, there’s not much to dislike in Bubble Bobble 4 Friends if you’re looking for some simple yet solid arcade action. Whether you play alone or with friends, there’s fun to be had, and with 100 levels to get through, there’s plenty to sink your teeth into. Its modern facelift looks great, but it is little more than an old classic in disguise. 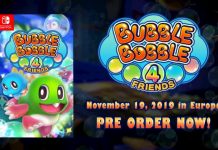