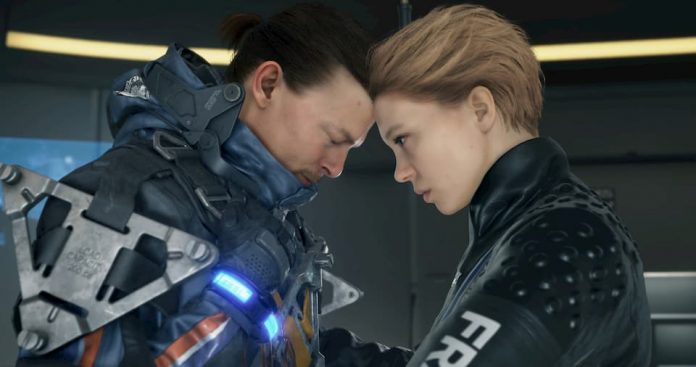 I’m reticent to call Death Stranding a bad game, but I’d struggle to call it good.

With its sky-high production values and interesting premise, Hideo Kojima’s latest creation draws you in much like a moth to a flame. And despite knowing sooner or later that you’re going to get burned, you keep going at it, drawn to its beauty, hoping that somehow you’ll find what you’re searching for, that your efforts will somehow pay off. But they never do.

Asking you to make America whole again, Death Stranding casts you as Sam Porter Bridges, wonderfully played by Norman Reedus. Because of reasons, and also because it’s a video game, he’s the only person who can make the journey from east to west, activating nodes on a network to re-enable communication and the distribution of data across what has basically become a wasteland. And did I mention that he’s also a legendary courier? Yeah, he delivers things, because someone’s got to. Cue an open world adventure in which you’re the only hope for the future of mankind, yet you’ve also got to deliver packages on time and in as good a condition as possible.

With Death Stranding, Kojima has spun the fetch quest on its head: instead of picking up quests in which you need to recover items and return them to the quest giver, you’re instead given items to deliver. The challenge comes from the nature of the package you’ve got to deliver, i.e. whether it’s fragile, oddly shaped or simply very heavy, and traversing the environment. Though worry not: there are some more traditional fetch quests thrown in for good measure, too. People really don’t like to venture out of their bunkers anymore, even for a cherished item that’s not too far away, it would seem.

At the start of the Death Stranding, deliveries have to be made on foot. The ground is fairly flat, and dangers are scarce, so it’s just you, some cargo and some beautiful scenery. “Cool!”, you’ll think, as it all seems quite serene and almost therapeutic. But then more elements start to come in. The terrain becomes less welcoming, MULES – couriers just like you only driven mad by an urge to deliver goods – attack and try to steal your cargo if you wander in or close to their territory, and then there are the BTs, supernatural entities that hunt you by noise and try to drag you down into a pool of icky black liquid if you’re detected. 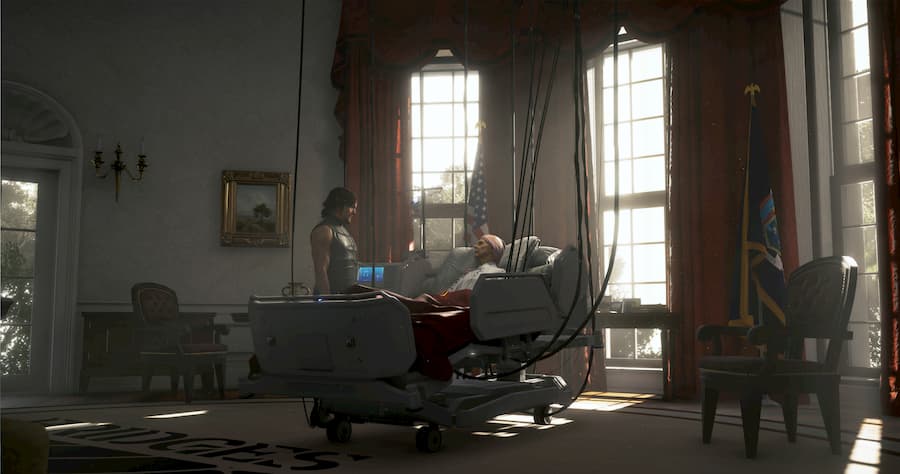 In moderation, all these elements come together to make an experience like no other. And indeed, Death Stranding does initially impress. It’s when the story just stops, however, and forward momentum grinds to a halt, that Death Stranding simply becomes a chore. Menial delivery tasks, making you trek back and forth across land you’ve already explored, rule the roost for much of Death Stranding‘s playing time, sucking all the fun out of the experience. New tools and features are introduced piecemeal, attempting to draw you back in, but ultimately they’re pointless.

Vehicles, for instance, have limited usefulness until you’ve developed roads. But to develop roads you need a great deal of resources. You can spend the time to find the resources if you want, but unless you really like running back and forth in an empty world that’s a pain to navigate for the most part, it’s a fool’s errand. You’ll only really get a benefit out of it if you’re going to spend hours on end making optional deliveries that do nothing but increase your standing as a courier. If you simply want to push on with the story, you’re better either struggling on with a bike, or simply going on foot. Ladders and ropes will get you about everywhere you need to go, while accessories like robotic frames and claws just make your task easier. 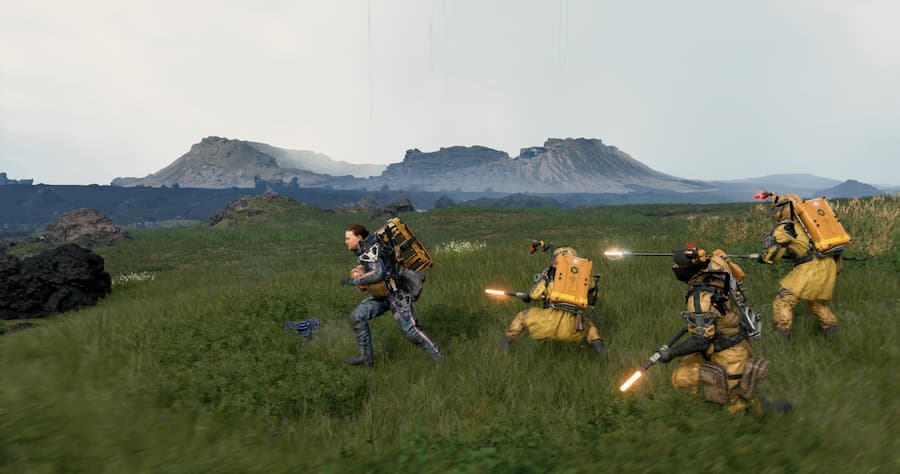 And then there’s the online element. With your world shared by a handful of other players, you can make use of the structures they’ve built in a region once it’s connected to the network. I have to say, I’m thankful for those who have built charging points and private rooms all over my map because they came in very handy. And yes, I made use of the few roads that some had laid down, too. Their hard work became my boon, and without them, my time with Death Stranding would have undoubtedly been even less enjoyable. I’d have hated to have been playing Death Stranding before launch, when the world was much more barren. It would have been too much of a chore for me to bear.

Death Stranding simply isn’t a fun game to play for the most part. Neither is it challenging. There’s always a way to get to your destination without having to build things, you can simply run away from MULES for the majority of the game, and BT areas can generally be sneaked through without a hint of danger. The only time you really need to use weapons is when you get into a boss fight, because yes, eventually Death Stranding does demand you do just more than walk from one place to another. For me, the story is the only reason I kept playing, and it’s a rollercoaster. It starts off good, then grinds to a halt as making deliveries takes precedent, then it picks up a little, then drops off again, and then picks back up again only to devolve into a mess. There are 14 chapters to Death Stranding. It would be better if the last five or so didn’t exist. 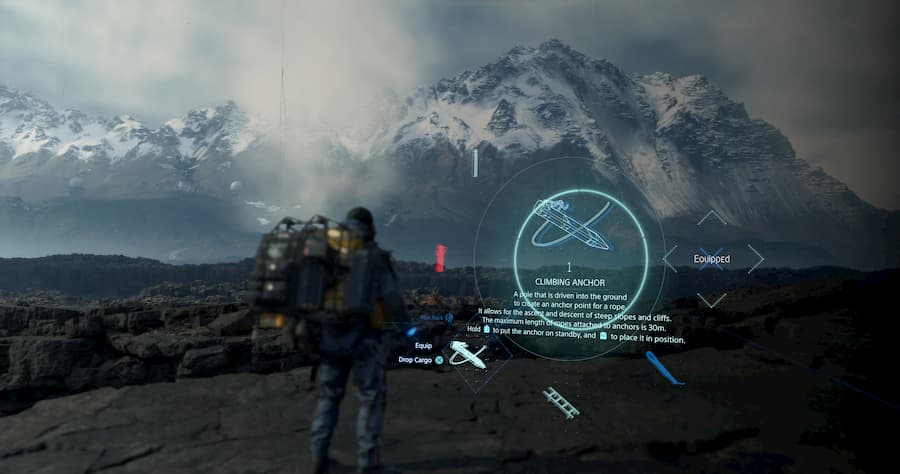 After spending most of the game arduously trekking from one area to another, it’s both a blessing and a curse that Death Stranding eventually becomes little more than a procession of boss battles and cutscenes. Some of the encounters are truly entertaining, but many are repeats or rehashes of what you’ve done before, especially if you’ve been caught by BTs on numerous occasions. And the cutscenes in between them just ram needless exposition down your throat, something that Death Stranding also likes to do a lot whenever you meet a new character unless there’s a reason why their backstory can’t be revealed just yet. First it’s Death Stranding‘s gameplay that’s a slog, then it’s the way the brunt of its story is delivered.

Despite everything though, I’m glad I played Death Stranding. I think. It whittled me down for the reasons above, as well as its many pointless short cutscenes for things like entering your private room and taking a shower. Even its menus are tiresome and convoluted. Yet, I have to give credit to Hideo Kojima for trying to make something different. For me it didn’t pay off, but I did feel there were moments of brilliance here and there. Death Stranding is an ambitious game, but it’s also one that’s self-indulgent and overwrought. With better pacing and the excising of some of its less flattering content and features, Death Stranding could have been something special. As it is, however, it’s just a slog that ultimately turns around and spits in your face.

Death Stranding is available on PS4.

Want to support GameSpew? Buy Death Stranding using our Amazon affiliate link. It won’t cost you anything extra, but we’ll get a small slice of the purchase.