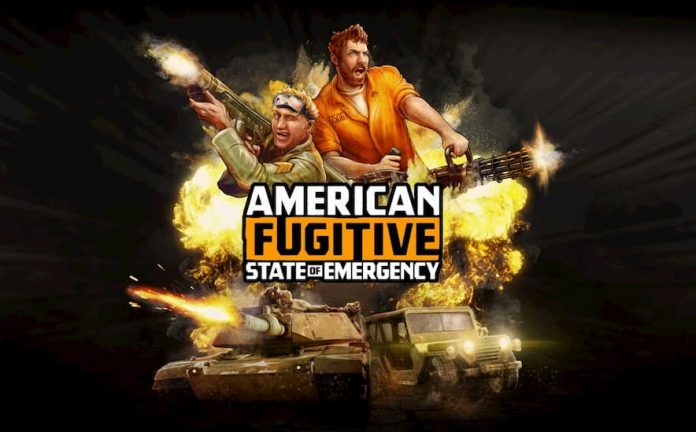 Tribute to classic top-down GTA games American Fugitive is getting a free update, State of Emergency, which brings in the military to take you down.

You thought it was tough when every cop in Redrock County was on your ass? Now they’re calling in the big guns.

The rapidly escalating crime levels in your backwater town has driven the US Army to take action. Siezing the former plastic toys factory as a temporary base of operations, they have declared war, deploying destructive weapons and vehicles to control the population. Cause havoc in the Westmoreland Tank, or go off-road in a military 4×4 jeep; then unleash the power of the bazooka and mini-gun to destory your enemies.

American Fugitive: State of Emergency is coming to PlayStation 4, Xbox One, Nintendo Switch and PC on November 25th; it requires the base game American Fugitive to play. Check out the new announcement trailer below, or head over to the Curve Digital website for more information.