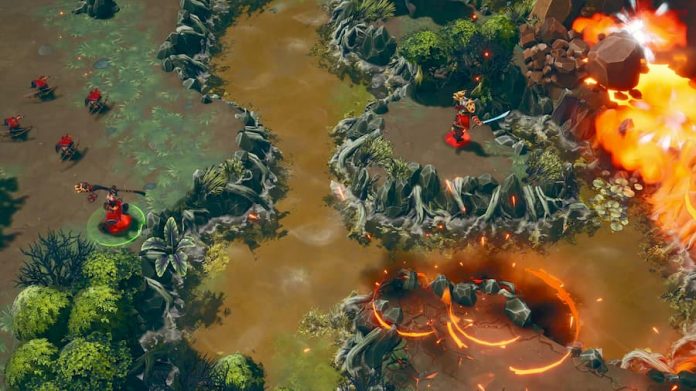 A Year of Rain takes inspiration from classic strategy games such as Warcraft III, combining expansive base-building, a focus on hero units and co-op play to weave a deep story campaign in a unique fantasy setting.

The game features three playable factions: the House Rupah, the Restless Regiment and the Wild Banners.

The wealthy House Rupah fights to claim uncharted lands for the sake of civilisation, while the Restless Regiment are a ruthless army dedicated solely to their dark leader, and the Wild Banners fight for their domain as a pack of fierce survivalists and nomads.

Aside from the story campaign, a 2v2 Skirmish mode encourages teamwork and competition. Each player chooses a role of either Tank, Damage or Support, then must utilise the complimentary skills of each player to achieve victory. With stylised art direction and a soundtrack from award-winning composer Neal Acree, A Year of Rain also looks and sounds great.

A Year of Rain is available on PC via Steam Early Access from today, November 6th. Check out the detailed release trailer below for more information about the game, or you can also head over to the official website. We’ll have some thoughts to share on the game soon.