How do you improve upon perfection? You could sign a world class keeper like Alisson to your team. Or you could add Rodri to your already packed midfield.

But, like the current Premier League season is proving, perfection can be hard to top. That is, of course, unless you’re Sports Interactive; Football Manager 2020 Touch is the unbeatable champion that proves that there is something beyond perfection.

Very little has been changed from the 2019 release: it’s still the same game at its core, and it still is the most addictive game that’s ever crossed my path. But the few additions that have been made ensure that this year’s management experience feels that bit more authentic. From more in-depth club visions to a deeper youth set up, and an overall more accessible feel, Football Manager 2020 Touch is the best the series has been.

Everyone knows that Football Manager, whether it’s the full-fat version or the lighter ‘Touch’ version, isn’t about the destination; there is no completing, no finishing, no putting the game down. Football Manager becomes your life. It’s an adventure that never quite finishes, but always brings you back for more. 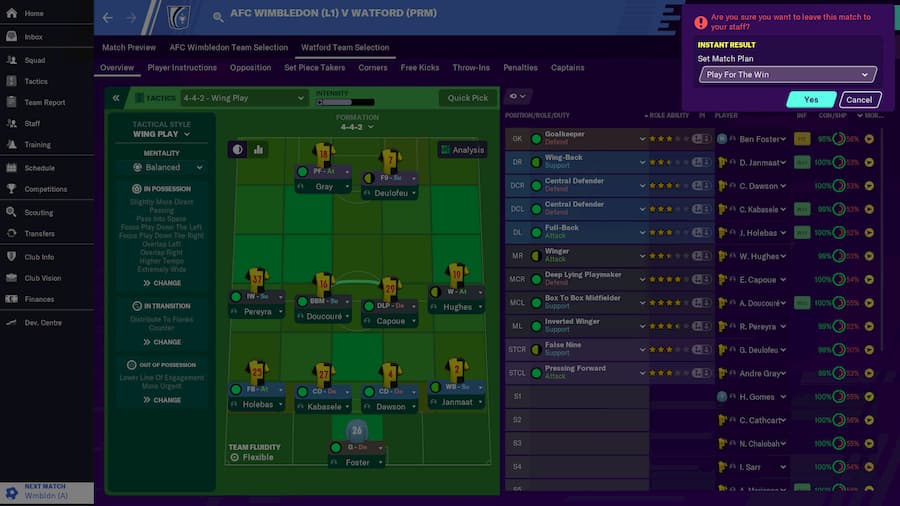 Football Manager 2020 Touch gives you complete control of pretty much any club you want, with 116 leagues included from across the world. Whether you want to sign new players, train the ones you have, or even start a new team from scratch, you can do it all with absolute ease thanks to how accessible the game makes everything.

Experienced Football Manager players will find very little surprising about Football Manager 2020 Touch‘s design. The menu locations haven’t changed, and a lot of the options are, unsurprisingly, exactly the same as 2019’s version. If you’re new to the series though, it’d be easy to find the game’s freedom somewhat overwhelming. But messages are sent to your inbox sporadically at the beginning, ensuring that you focus on the most essential areas first. Plus, the tutorial system in Football Manager 2020 Touch is really well made, and will turn anyone from a newbie coach to a tactical genius in no time at all.

However. Something that may not be a new addition, but certainly feels more prominent than last year, is the implementation of microtransactions. Football Manager 2020 Touch allows you to use real money to pay for additions like being able to heal any player quickly, buying star players, or even the chance to be unsackable. These options are nearly always featured underneath the messages you receive in your inbox, and while it’s irksome they’re included at all, they thankfully never feel necessary. Football Manager 2020 Touch plays perfectly without ever needing to make any additional purchases. 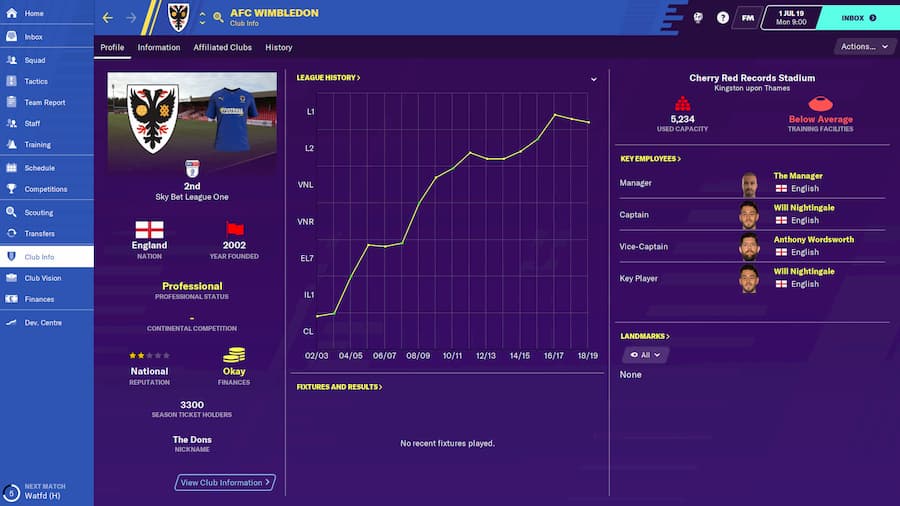 It has to be said, though, that Football Manager 2020 Touch is not an easy game. Then again, that’s the way it should be. It should be challenging to win a league or cup. Fighting for survival is completely cutthroat. Management should be tough, and that’s what makes the highs so great: winning a league or cup feels like a true accomplishment because of the effort it takes.

The majority of all Football Manager games revolve around two aspects: adjusting the tactics, and buying or selling players. The tactical options here are exactly the same as the previous year, with formations that are adjustable from either a set of pre-set formations, or the ability to drag and place the players. Formations become a breeze, and how comfortable the player is in a position, or their current fitness, are shown on the same screen too. 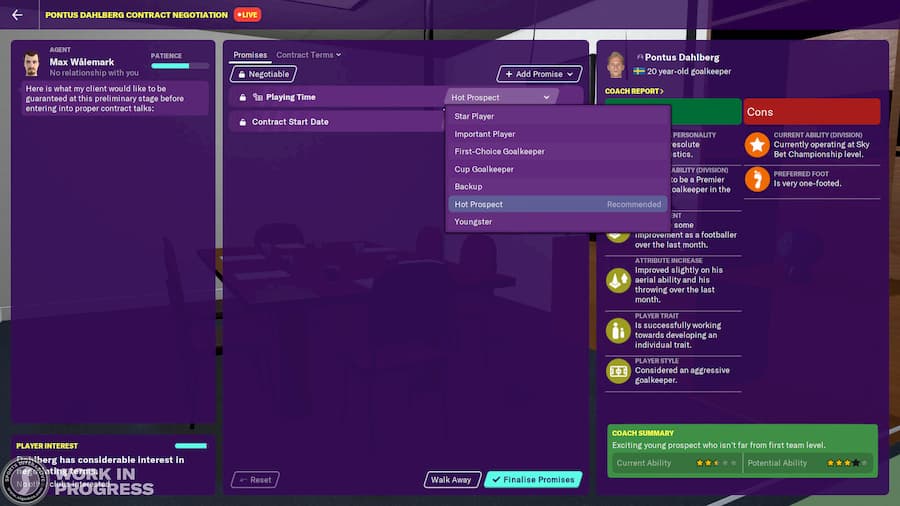 Transfers are as simple as finding a player and then deciding to make a bid. The scouting system is as impressive as ever, with a huge range of options to help you filter out the players you really want. Negotiations for contracts have become even easier this year thanks to a newly designed system which narrows down the amount of information (mainly clauses) shown at one time.

One of the new additions to Football Manager 2020 Touch is the ability to upload a photo to help you customise the appearance of your manager. It can work fairly well too, with the photo upload being transferred into a 3D image which is used for your manager. I decided to use The Rock as a template (because why not?) and the result wasn’t too bad. It at least got the eyes right, but the nose and hairline need a bit of work. Sadly there is no option to have your manager shirtless like The Rock should be, but everything else is highly customisation.

Football Manager 2020 Touch has also added more options to help you manage the youth team. There’s a lot more variety to how you interact with the young players, and you can take full control of a training system especially designed for the youth team. It allows you to ensure there is a clear pathway from the youth team to the first team, and overall makes a fantastic addition to the series. Forget a transfer ban; this is the real control over the youth team that someone like Frank Lampard needs.

Due to its extensive range of options and the amount of challenge provided, the highs that can be achieved from being successful in Football Manager 2020 Touch are that much greater than last year’s iteration. And thanks to newly added features to improve the youth team, and a much wider set of goals from the club, that success feels more dynamic than ever before. Football Manager 2020 Touch proves that the series is more than the stuffy old manager with the same ideas that always work; it’s also a young and exciting manager ready to innovate.

Football Manager 2020 Touch is available on mobile and PC. We reviewed the PC version.