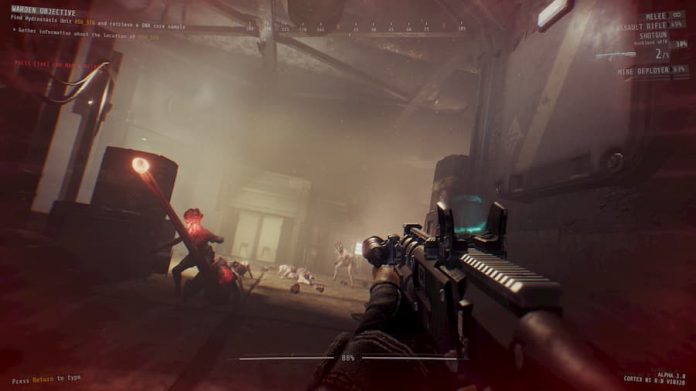 10 Chambers Collective is hoping to launch its survival horror co-op shooter GTFO on Steam Early Access before the end of 2019.

In GTFO, four players are forced to complete tasks in a terrifying underground complex by an entity known only as ‘The Warden’. With ammunition being scarce and monsters around every corner, your team must work together to tackle each objective, deciding when to use stealth and when to go guns blazing.

Initially announced at the Game Awards in 2017, we didn’t hear much about GTFO for a while, presumably because the 9-person team at 10 Chambers Collective had set themselves a hell of a lot of work with such an ambitious project.

The Sweden-based indie studio, featuring some of the talent behind Payday and Payday 2, has recently announced that the hardcore co-op horror shooter is almost ready for an early access release. A new video entitled “Explaining the Rundown” explains the new mechanic whereby new levels are constantly being added and replaced after each rundown timer reaches zero. The levels are arranged in tiers of difficulty, and each rundown might vary in the number of levels to play and the length of the timer.

Before the game is released for open early access, players can sign up for the early access beta test by heading over to the GTFO website. Check out the new trailer below to get a better look at the game, then you can head over to the Steam store to add it to your wishlist.