Forget paying over £200 million for flops like Neymar: use this trick and get the best for nearly half of the asking price.

Football Manager 2020 Touch is brilliant, and buying a new star player is one of the best feelings the game can produce. Sadly, it can also be one of the toughest parts of the game, especially if your club is tight on finances.

Luckily, there’s a simple way to get around paying well over the odds for a star player. There are no cheats for Football Manager 2020 Touch, so this is the closest you’ll be able to get to bending the rules.

Most star players come with large values, but ludicrous asking prices. For this trick you’ll typically want to offer the value of the player within your transfer, but you can get around paying the rest…

Include clauses when bidding

When bidding on a player, include lots of clauses. These are the best ones to use:

For the fee after a certain amount of appearances for the club, or international caps, ensure that the two figures together add to the overall asking price for the player (including the transfer fee offered). Clubs nearly always accept this, allowing for the player to be signed for cheaper, and leaving more money left over to spend.

Of course, eventually you’ll have to pay this money, but by the time the player has played 50 games for the club, or made 10 international appearances, your club should be in a better financial situation (providing you’re a decent manager and are improving the club – and if you buy good players using this trick you will be). 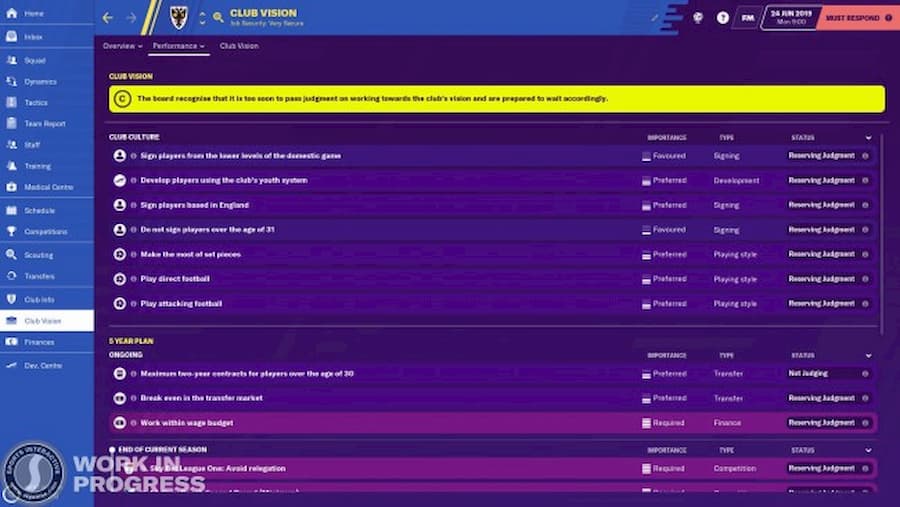 This even works with lower level clubs too. In my game I managed Portsmouth FC (I’m one of their own) and signed Andre Green on a permanent basis by only paying the player’s value up front, and paying an extra £5 million in additional causes (which is a lot considering my current budget was only £300,000). When paying this additional fee, after 50 appearances for the club, the finances were awful for a week and then Portsmouth got a new owner who invested more funds into the club and put the club back in the black.

Spending lots of money without consequences… if only real life was that easy.

Go under the asking price

You can also try and go under the asking price if you offer a good percentage on the future transfer clause. If it’s a player you intend to keep at the club for a while, then offer 50% (which is the max). The likelihood is that you wouldn’t get much for them anyway if you keep the player until after their peak.

Forget paying money to Neymar’s dad, or contract tampering, follow these three simple steps and signing a star player for cheap will be easy in Football Manager 2020 Touch.

Football Manager 2020 Touch Tips For Being a Successful Manager