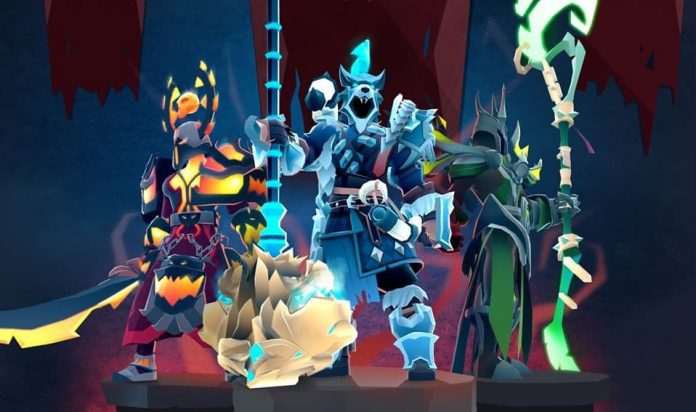 Along with the addition of Guilds comes new battles, challenges and rewards. There’s a new series of missions in the Epic Pass dedicated to guilds. Here’s how to participate in a guild hunt in Mighty Quest.

First, you need to join a guild. Head to the new guild menu by clicking the flag icon on the bottom menu. The front screen will give you some suggestions of guilds to join, or you can create your own or search for one. It doesn’t seem to matter which guild you join.

Once you’re in a guild, you’ll have three new options at the top of the Guild screen: Manage, Activities and Shop.

What is a Guild Hunt?

Like an epic boss battle, a Guild Hunt puts you up against a huge, powerful foe. But unlike other enemies in Mighty Quest, these Guild bosses are uber strong – almost invincible, in fact. The goal here is not so much to kill them but to inflict as much damage as you can before the time runs out.

You’ll be rewarded at the end based on how much damage you inflicted onto the Guild Boss.