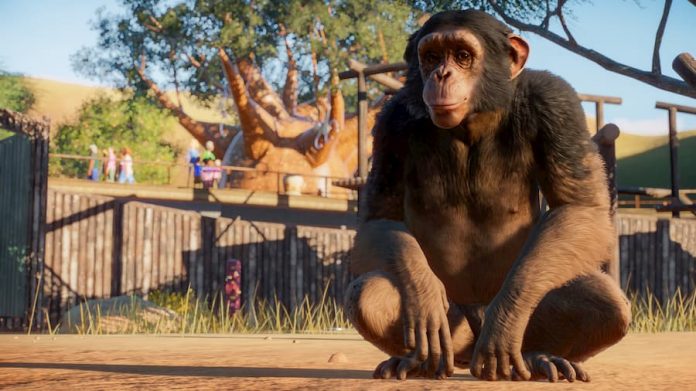 I’m clearly not cut out for zookeeping.

Planet Zoo, the latest game from Frontier, the folks behind Planet Coaster, lets you live out your zoological dreams by creating, managing and designing your own zoo. Like Zoo Tycoon, released several years ago on PC and Xbox One, it allows you to host a range of animals in a beautifully-designed zoo, managing their wellbeing, monitoring their habitats, and assisting in species conservation.

But unlike Zoo Tycoon, whose complexity is minimal thanks to its console port, Planet Zoo is very complex. It allows for users to tailor pretty much every part of their zoo to their liking. Want a shelter for your animals? There are blueprints, sure, but also here’s a load of wood and metal to build your own. Want a new habitat for an incoming animal? You’re going to have to build it all from scratch, fences and all.

There’s a lot to get your head around – and that’s why I’ve already fallen at the first hurdle in my digital zookeeping career.

Planet Zoo hosts a fairly comprehensive tutorial. As part of the game’s campaign mode, you’ll be walked through the basics of the game, with your tasks getting more complex as you progress. After learning the basics of caring for the animals, navigating around the zoo and building new objects, I was tasked with introducing three new species into the zoo. Easy enough, right? 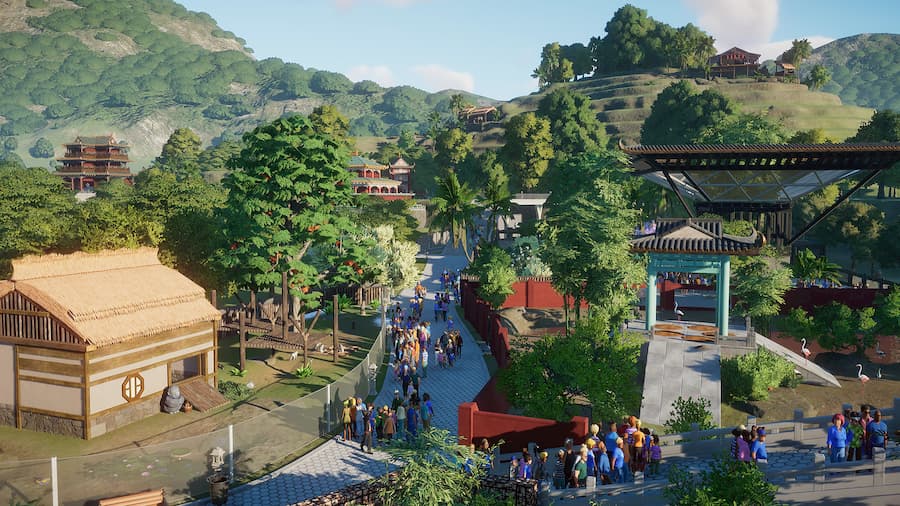 The first one went well: in an empty exhibit case, I introduced a giant land snail. Exhibits are easy: just change a few options and you’re good to go. I even managed to build one of those entirely from scratch.

But then I decided I’d like some chimpanzees in my zoo. With no empty habitats, I found an empty patch of land and went about setting up a new area for my new chimps to live.

Creating the habitat itself is fairly straightforward. Choose the fence type you want – or a mixture of multiple – and ensure it connects together. You’ll want some solid walls, as well as some glass panels. A zoo isn’t much good if your visitors can’t actually see the animals, right? Once you add a secure door to the compound for your keepers to access, Planet Zoo automatically recognises it as a new habitat. Great. 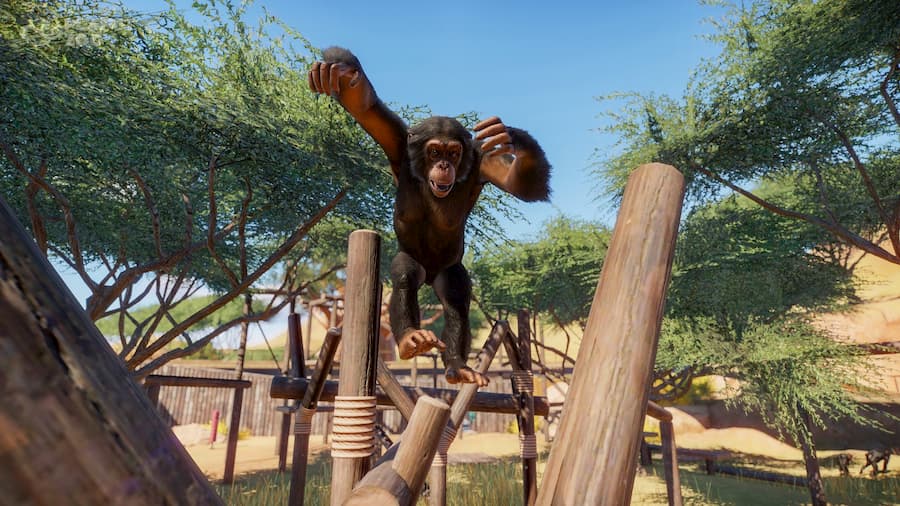 But each animal has very specific needs for their habitats, you see. Fence height needs to be exactly right; you need to have the right amount of foliage – and from the right continent and biome; and there needs to be an adequate amount of shelter, enrichment items, food and water. Not to mention the temperature needs to be just-so, adjustable with heaters and coolers.

The easiest way to get this information – or so I thought – was to import my chimpanzees into the habitat. You see, you can click on an animal to see their overall happiness and wellbeing. If anything needs changing in their habitat, it’s easy to see what’s bothering them. So being able to see this information as I tailored my new primates’ home seemed like the best idea.

So once my chimpanzees were transported and released into their new habitat, I immediately got to work in creating their perfect home. The right amount of plants and trees; the right size shelter. It was all coming together nicely. 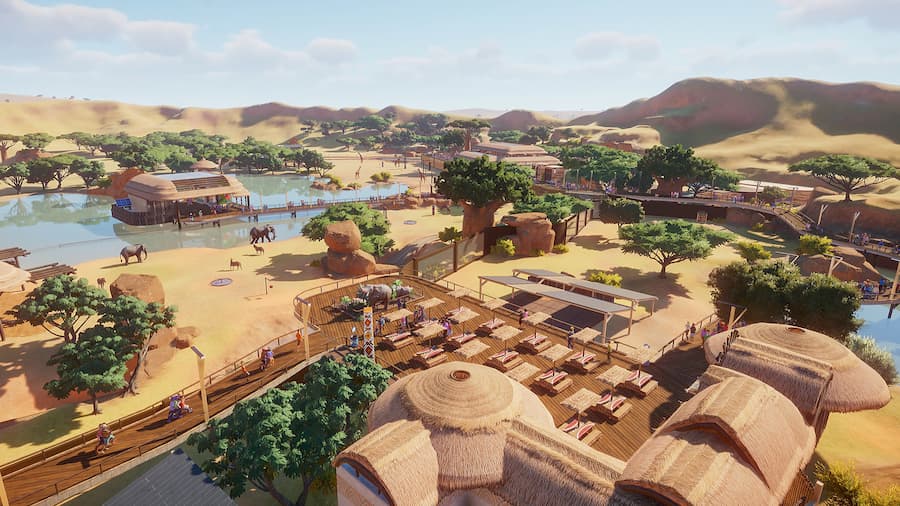 There was just one problem: at some point in the few minutes of the chimpanzees being released and me tinkering with their habitat, they’d both escaped. Two chimpanzees, loose in the zoo.

Obviously, not a great start to my career. Thankfully, your digitally employed veterinarians did a stellar job of rounding them up and popping them safely in a crate – but it left me none-the-wiser as to how they escaped.

The likelihood is my fence was too short, and I rather foolishly put a tall tree near the boundary. Not a good idea. The safest thing to do would have been to pause the damn game while I build the habitat, leaving my chimpanzees safely stranded in stasis.

Well, at least I know for next time.