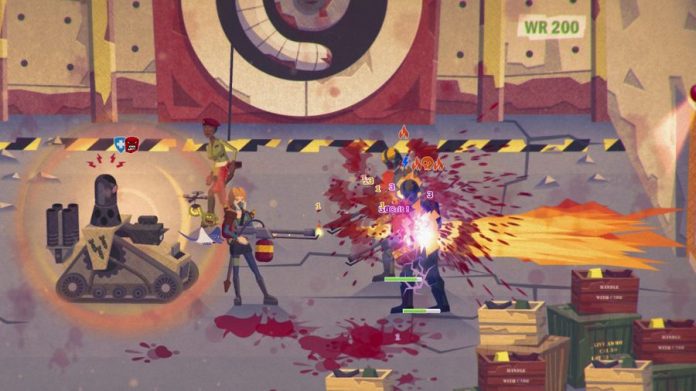 Infected Shelter has taught me two things: that a physical impairment needn’t be an obstacle to zombie murder; and that if your grandpa does use a wheelchair, he’ll be cool with you using his chair, with him still in it, to beat a boss-monster to death.

Okay, maybe Infected Shelter‘s ethics are a little muddy but when the dead walk, everyone has to pitch in.

Grandpa’s just capable of wielding an oversized flame-thrower as any of the other characters the game has you play as. But it doesn’t guarantee his survival since, despite the name, Infected Shelter doesn’t have you defending your post-apocalyptic outpost.

Instead, you roam through various brightly-coloured landscapes, dispatching the dead for the sheer hell of it. Infected Shelter is a cross between The Walking Dead and South Park; the enemies you face, squishy guts aside, look and move like they’re made of construction paper. Combat isn’t overly complex; there are combos to be executed but low-level enemies can be dispatched fairly easily. But it’s the RPG aspect of the game that gives it depth. 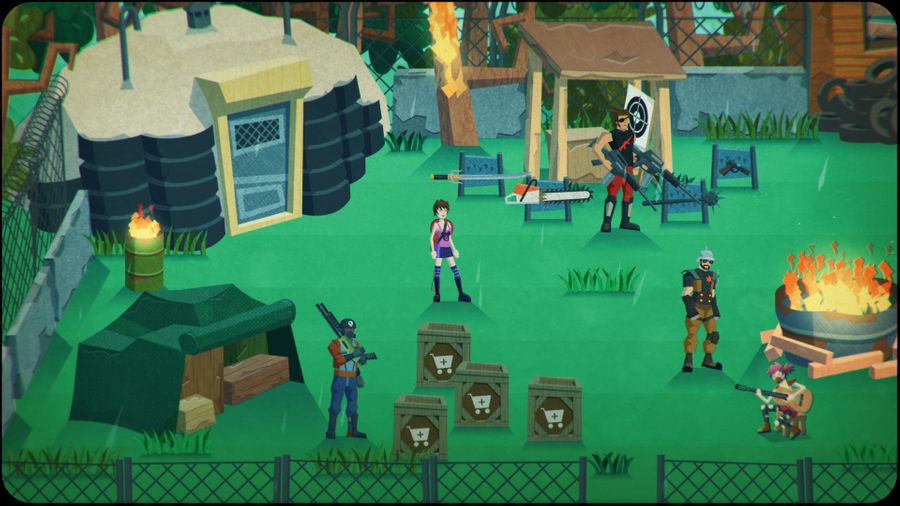 So while you may have to start your run from scratch, being able to power through the same boss that slaughtered you six times before is hugely satisfying. You’ve got an unlimited supply of characters, so even though Grandpa Joe may be zombie-food before long, but there’s a conga-line of octogenarians waiting to take his place.

Like many zombie films, Infected Shelter is ludicrously over-the-top and features some wonderfully absurd touches; pick up the right stat-enhancing outfit and you’re fighting the dead while wearing a stick-on beard. Each run you survive brings with it a change of scenery and the prospect of more absurd power-ups. There’s some reference to a kidnapped scientist, but you’ll be too engrossed in slaughtering your increasingly powerful foes to bother thinking about saving the world; foes who, as I discovered to my cost, have just enough smarts to pick up your discarded weapons and introduce them to your spleen. 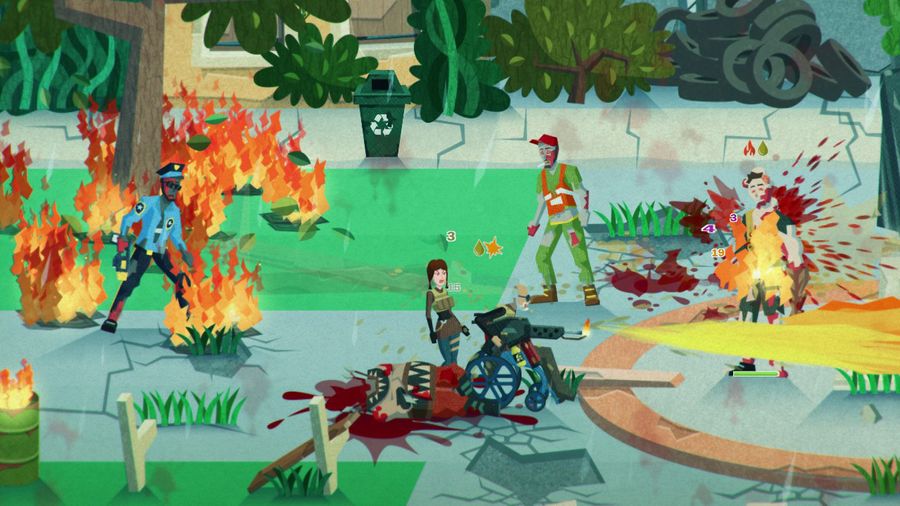 I had a real blast playing Infected Shelter. While it’s not a game you’d spend hours playing, I can see myself dipping into it for another dose of absurd zombie action. I didn’t get the chance to try out the game’s co-op mode, but you can’t go wrong with sharing the mayhem.

Infected Shelter is out now on Steam, and will be hitting PlayStation 4, Nintendo Switch and Xbox One in the near future.