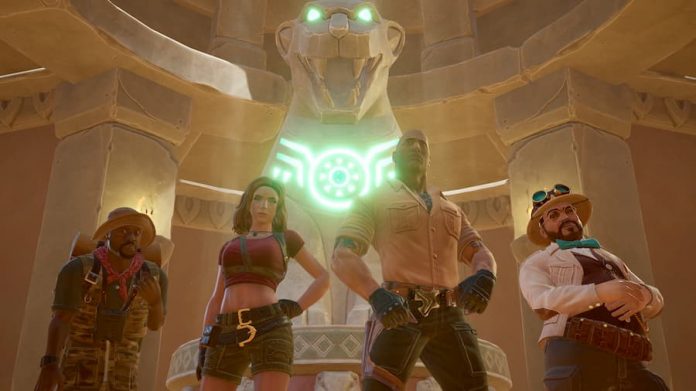 Based on the legendary film franchise, Jumanji: The Video Game welcomes you to the jungle, landing on PC and consoles today.

With the success of 2017’s comedy adventure film Jumanji: Welcome to the Jungle, and a sequel arriving in December, players will now be able to jump into their own jungle adventure in Jumanji: The Video Game.

Available now on PS4, Xbox One, Switch and PC, this 3D action-adventure game lets you team up with friends online or locally to brave the dangers of Jumanji and collect the precious jewels hidden within.

Choose to play as one of the four characters from the film (featuring the likenesses of Dwayne “The Rock” Johnson, Kevin Hart, Jack Black and Karen Gillan), then use each character’s unique weapons and abilities to fight marauders, vicious creatures and dodge deadly traps.

Jumanji: The Video Game is out now on PlayStation 4, Xbox One, Nintendo Switch and PC. You can watch the new launch trailer below; it features the voice talent of Rhys Darby, who played the field guide Nigel in Jumanji: Welcome to the Jungle, but you might also know him as the hilarious band manager Murray in Flight of the Conchords. Check it out, or find more details about the game on the Outright Games website.