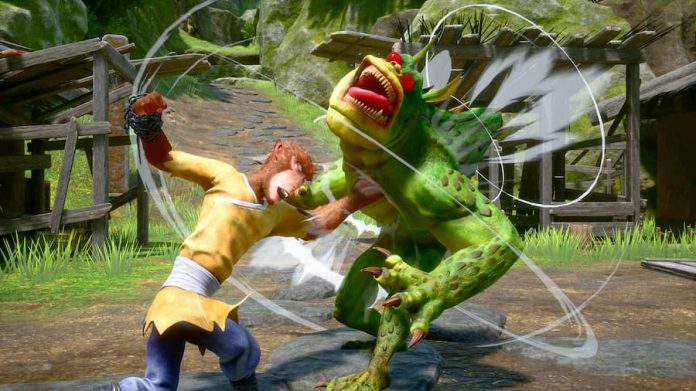 If you’re familiar with the Chinese story of the Monkey King, otherwise known as Sun Wukong, you should have a good idea of what to expect from Monkey King: Hero is Back, available now on PS4 and PC.

Based on the film of the same name released way back in 2015, Monkey King: Hero is Back takes some liberties with the original story, perhaps to give it a little more appeal to modern audiences, but it’s faithful enough. With the film released so long ago though, you have to wonder why Monkey King: Hero is Back exists as a video game. Has it been in development hell for years? Maybe. There’s one thing for sure though: it doesn’t play like a game rooted in this generation.

That’s not to say that Monkey King: Hero is Back is a bad game. In fact, it’s quite enjoyable. Opening with the titular Monkey King being released from his prison by a young boy called Liuer, he’s essentially given an ultimatum: change his ways and help other people, or his hands will be bound forever. And so he reluctantly heads off on a journey that will hopefully open his heart. Though you can never be sure that he wouldn’t mount yet another attack on heaven that got him into his predicament in the first place.

Monkey King: Hero is Back is quite linear in structure: you make your way through one environment after another, with only the occasional opportunity to go off the beaten path to grab additional goodies. Traversing the environment never gets more complicated than jumping up onto a ledge – anything more complex is taken out of your hands with the press of a button. The most involved you’ll get with Monkey King: Hero is Back is defeating scores of enemies in combat, which is entertaining enough but very simple. 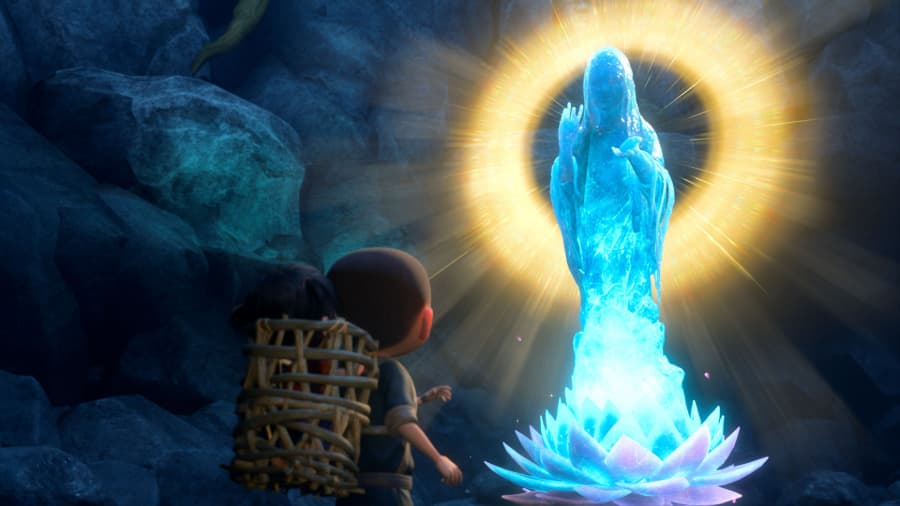 As usual, you have standard and heavy attacks, and standard attacks can be chained together to form a combo and ended with a heavy attack. It’s rudimentary stuff, with only a duo of context-sensitive counters adding some pizzazz. Items such as rocks and small benches can be picked up an utilised in a fight, too. In fact, only when equipped with a bench can enemy attacks be blocked. With such limited options, however, combat gets old pretty fast. It’s only made more interesting every once in a while thanks to the occasional stealth opportunity and boss enemies that require a little more strategy to be taken down. You can’t just pummel them; you need to remove seals that give them their strength.

Some bosses can only be effectively defeated by wailing on their backs, for example. Others, their heads. And once you’ve battered their weak point enough they’ll be stunned, allowing you to mount them, dish out a flurry of blows and then hopefully remove the seal that grants them their power. But there’s one thing that makes Monkey King: Hero is Back‘s bosses a little more troublesome than they should be: the lack of a lock-on function. You get by without it – Monkey King: Hero is Back isn’t really a challenging game – but you do rue its absence. 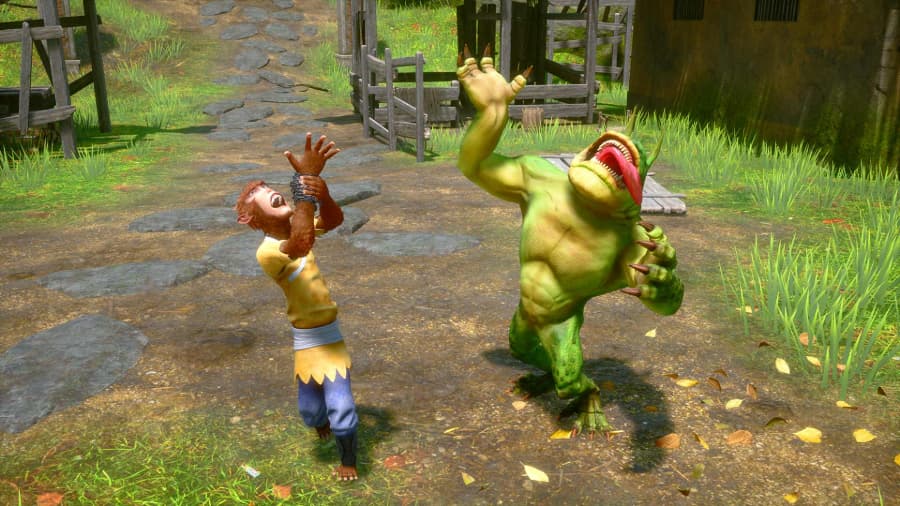 There is more to Monkey King: Hero is Back than just pushing forward and fighting, though. Each area you explore has a number of little Earth Gods for you to discover, which allow you to increase your health and mana, as well as your combo-ing capabilities. There are countless materials to pick up, too, which can be crafted into useful items. You don’t really need them beyond the occasional healing potion, but they’re there if you want to make the game a little easier and inject a bit more variety into the combat. Though you can also do that by making use of the spells you gain access to over the course of the game.

Another action-adventure game staple, defeating enemies allows you to collect an ethereal energy than can be spent on acquiring and improving a number of magical abilities. The first allows you to easily spot enemies weak points and more easily detect useful items in the environment. Another allows you to greatly increase your movement speed for a short while. As you continue through the game, the Monkey King’s good deeds are rewarded with more abilities becoming available, not only making him more formidable in combat, but also making traversing the world around him a little less arduous. 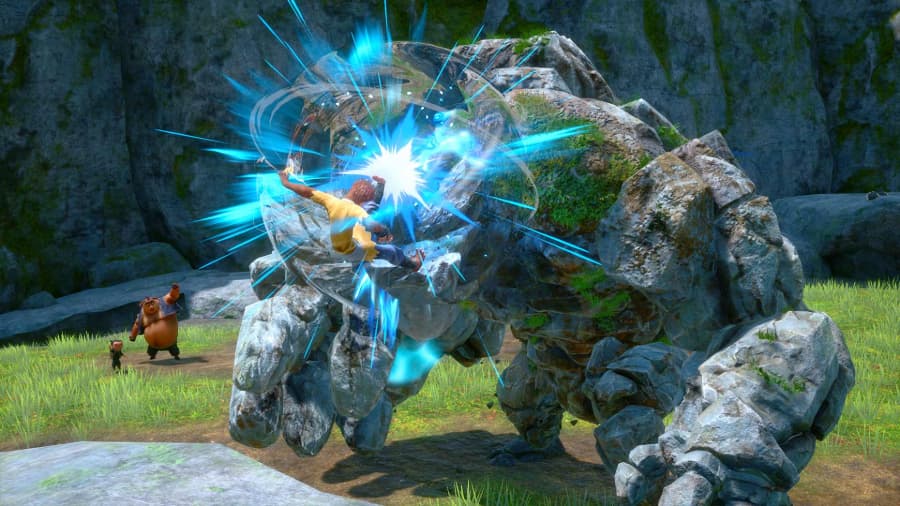 Monkey King: Hero is Back‘s gentle difficulty means that it’s a game that you can breeze through in around ten hours, but there’s little reason to return to it once you’re done. While it lasts, you’ll be visually pleased with the quality of its character models, and many of its environments are enjoyably scenic. Voice acting is of variable quality though. The young Liuer is endearing, but sometimes his voice can grate due to the wooden delivery of his lines. Still, for a movie tie-in, albeit a late one, Monkey King: Hero is Back‘s production values are probably higher than you’d expect.

For what feels like a game from the PS2 era given a lick of current-gen paint, Monkey King: Hero is Back isn’t half bad. It’s a bit simple, so it’s never going to excite in the same way that God of War or Devil May Cry V does, but that doesn’t mean some won’t get a decent amount of enjoyment out of it. The fact that Monkey King: Hero is Back is so inoffensive on every front means that even though it doesn’t do anything special it’s perfectly playable. Pick it up at full price and you might be a little disappointed, but with a bit of a discount, it’s a pretty decent palette-cleanser.

Monkey King: Hero is Back is available on PS4 and PC. We reviewed the PS4 version. 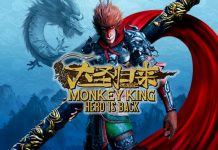