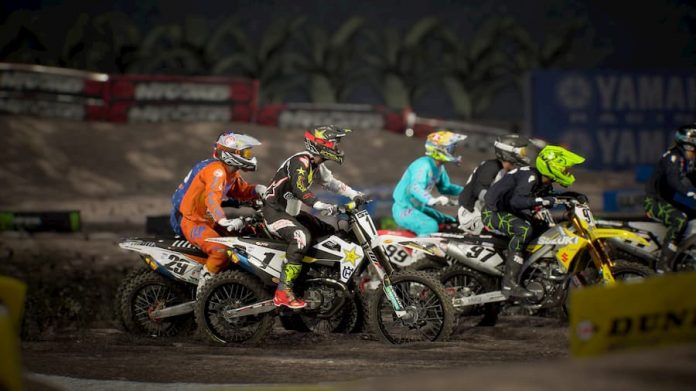 Milestone and Feld Entertainment have announced that Monster Energy Supercross – The Official Videogame 3 will be crashing onto PC and consoles in February.

The next entry in the official and most realistic AMA Supercross motorbike racing game series has been revealed.

Set for release on February 4th 2020, Monster Energy Supercross – The Official Videogame 3 will feature the 2019 Supercross season with 15 official stadiums and tracks, plus 100 riders from both the 450SX and 250SX motorcycle classes.

Career Mode will let players choose between a sponsor team or official Supercross team in the 2019 championships, becoming teammates or rivals of top Supercross riders. Players will also be able to race with up to three friends in co-op mode, facing various challenges and game modes in a large free-roaming area, based on the Factory Supercross Practice Tracks in California.

Monster Energy Supercross – The Official Videogame 3 will be coming to PlayStation 4, Xbox One, Nintendo Switch, PC and Google Stadia on February 4th next year. Check out the new announcement trailer below, or for more information on the upcoming game you can head over to the official website.

Want to support GameSpew? Buy Monster Energy Supercross – The Official Videogame 3 using our Amazon affiliate link. It won’t cost you anything extra, but we’ll get a small slice of the purchase.