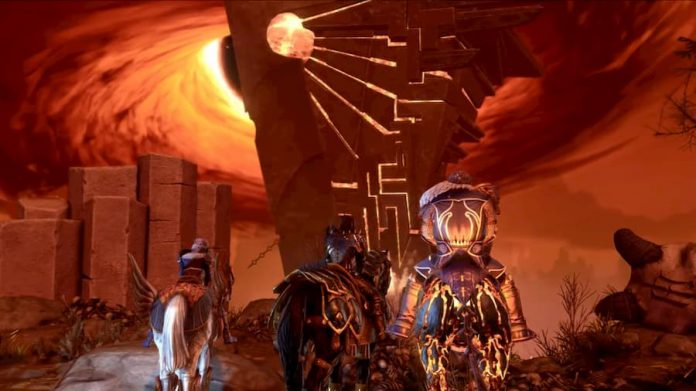 In January, Cryptic Studios’ free-to-play MMORPG Neverwinter gets its next major update, Infernal Descent, and it’ll drag you to the Nine Hells and back.

Neverwinter is a MMO set in the expansive Forgotten Realms, sharing a universe with such titles as Baldur’s Gate and Icewind Dale. Perfect World Entertainment and Cryptic Studios revealed last week that players will get a major new module to play from January 21st next week, entitled Infernal Descent.

Bringing the first ever campaign for level 80 characters, Infernal Descent also gives players a new endgame dungeon and adventure zone in Vallenhas Estate, which has been trapped in limbo. The whole area has been plunged into Avernus, the first layer of the Nine Hells, while a vicious Blood War rages between demons and devils. Teaming up with new heroes – the Paladin Alric Vallenhas and the Bard Etrien Sael – it is up to you to free Vallenhas Estate from the grips of Hell.

But why wait until January to explore the underworld? Players can already jump into the ongoing Hell Pit event, which will run for two more weeks, setting players increasingly difficult challenges for them to face using new mystical powers from the Hell world.

Neverwinter is free to download and play on PC, PlayStation 4 and Xbox One (with an Xbox Live Gold subscription). Check out the Infernal Descent announcement trailer below, or head over to the official website for more information.