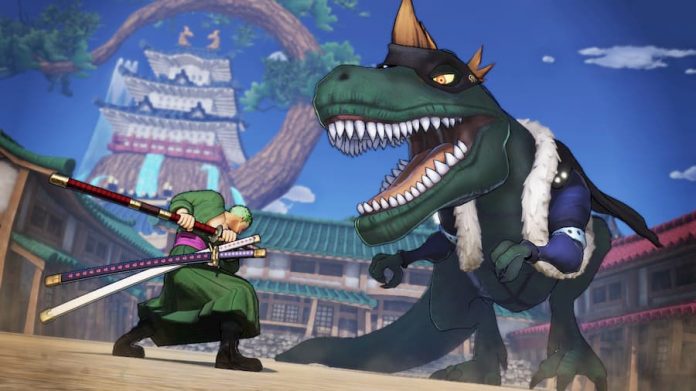 Bandai Namco has announced when we’ll be travelling to the land of Wano with the Straw Hat Crew in One Piece: Pirate Warriors 4.

The upcoming action-adventure game based on the hugely popular One Piece anime and manga series will be arriving on PC and consoles from March 27th 2020.

Developed by Omega Force, the studio behind the Dynasty Warriors series, One Piece: Pirate Warriors 4 tells an original story based on the current Wano Country arc from the anime, featuring a new ending so as not to spoil the show.

Fans who preorder the game will be rewarded with an early unlock of Ichiji, Niji and Yonji, the Vinsmoke Brothers, as well as two exclusive costumes which are yet to be announced. A special Kaido Edition will also be available from select retailers, which comes with an exclusive figurine depicting the battle between Luffy and Kaido.

It has also been revealed that four new costumes will be available to all players for free from launch day. Luffy’s Luffytaro costume, Zoro’s Zorojuro costume, Sanji’s Soba Mask and the Onami costume for Nami.

One Piece: Pirate Warriors 4 will be coming to PlayStation 4, Xbox One, Nintendo Switch and PC from March 27th next year. Check out the new release date trailer below, or you can head over to the official Bandai Namco website for more information.

Want to support GameSpew? Pre-order One Piece: Pirate Warriors 4 using our Amazon affiliate link. It won’t cost you anything extra, but we’ll get a small slice of the purchase. 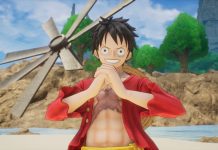 A New One Piece RPG is on the Way: One Piece Odyssey