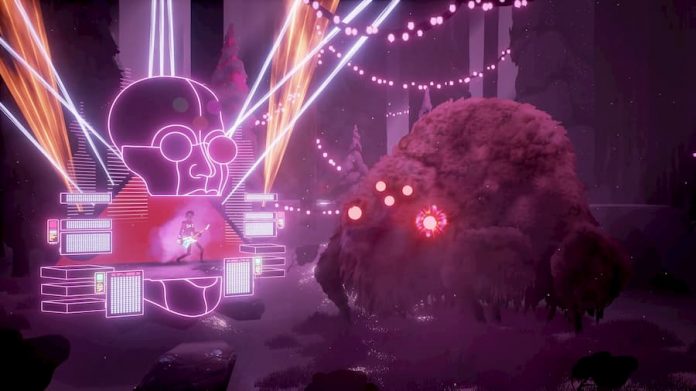 Announced a few years ago, Annapurna Interactive’s rockin’ platformer The Artful Escape got another outing at yesterday’s Inside Xbox.

In The Artful Escape, you take on the role of teenage guitar prodigy Francis Vendetti. On the eve of his first performance you accompany him on a cosmic adventure of his own imagining, as he seeks inspiration for his performance and battles with the legacy of a dead folk legend.

With a glowing electric guitar, traverse gorgeous landscapes which pulse with sound and react to the movements of the player. This multidimensional adventure will take you from mountaintop musical jams to alien chat shows.

The Artful Escape is the first game from Australian developer Beethoven & Dinosaur, and will be landing on Xbox One and Apple Arcade sometime in 2020.

The game looks like some kind of weird psychadelic rock album cover come to life, so definitely check out the new trailer below. You can also head over to the game’s official website for more information.