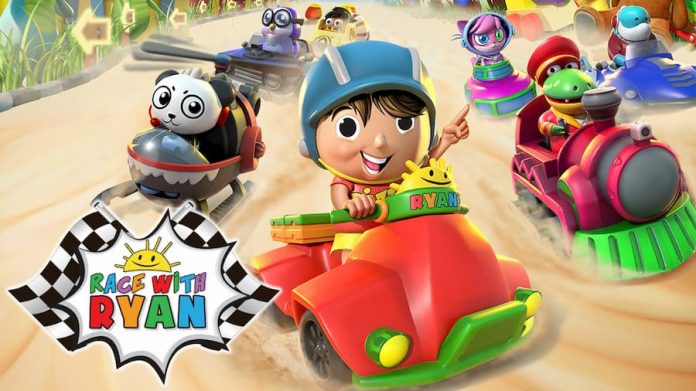 I felt rather creepy playing Race With Ryan for review: I’m definitely not its target audience. If I was, though, I’d probably have had quite a lot of fun with it.

Race With Ryan is an over-the-top cartoon kart racing game featuring the titular Ryan, star of YouTube channel Ryan’s World. He’s an eight year old kid who, along with his parents, started making videos about toy reviews when he was four. Since then, his channel has exploded into a worldwide sensation, amassing 22 million followers. Ryan’s World videos still focus on toys, but they’ve spun off to include educational videos, science experiments and even a spin-off cartoon.

Of course, any YouTuber worth their heaving subscriber count also needs to become a commercial product, so Ryan’s World also has its own range of toys. And alongside that range of toys is the Race With Ryan videogame, available on PC, PS4, Xbox One and Nintendo Switch.

The game itself is squarely aimed at fans of the YouTube channel: cartoon characters from the channel and its branding fill up the character line-up, along with a cartoonised version of Ryan in various outfits. The gameplay is also interspersed with video footage of Ryan and his parents, and his little face pops up regularly to comment on your racing while playing. For a youngster who’s a fan of Ryan, it’s quite a treat – it’s put together to make you feel like you’re actually playing the game with Ryan, which is a nice touch. 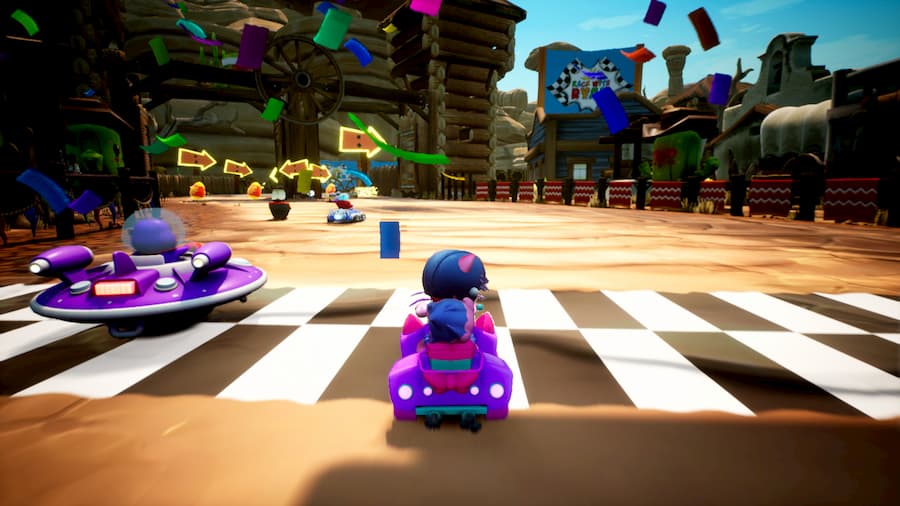 For us adults though, it’s a different story. It’s a very loud and brash experience, which isn’t helped by the fact the audio recording quality for Ryan’s segments is rather low. Add to that various sound effects when you overtake, get overtaken, crash, throw an item or get hit – and your eardrums are in for a pounding. “It sounds like a migraine,” was the best way to describe it while I was playing. But I’m an adult who prefers peace and quiet; for a six year old who loves chaos and all the noises it brings, it may well sound like nirvana.

In terms of actual racing, Race With Ryan is surprisingly adept. Your kart handles well, and the ability to drive effortlessly around corners make it a fun and fluid affair. Annoyingly, accelerate is mapped to the face buttons, with no way to change the control scheme from its default. That’s fine for little hands, but for parents playing along with their kids, it doesn’t feel at all natural. You can have the game auto-accelerate though, eliminating the need to press a button at all. It’s a nice feature for younger kids who are just starting to get their heads around using a controller, allowing them to simply focus on steering. 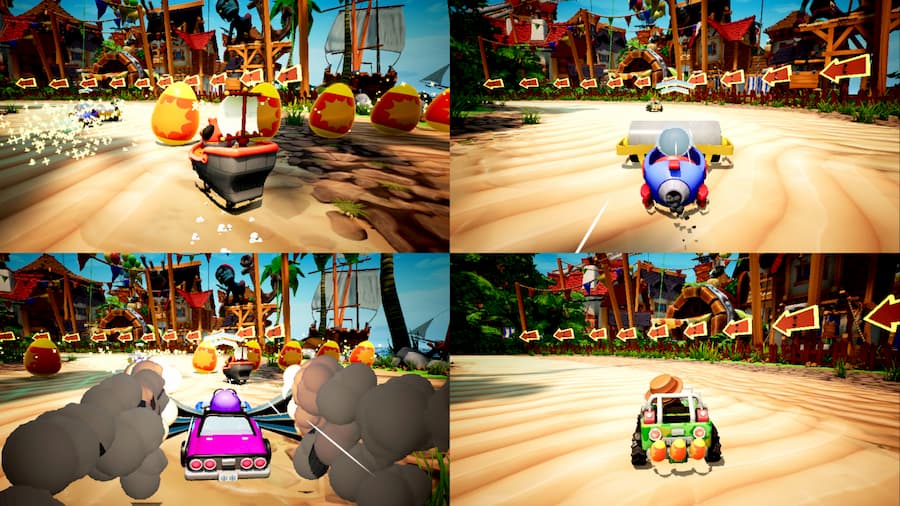 The few tracks that are in Race With Ryan are pretty nice; there’s a treasure island, a toy store, Ryan’s playroom, an adventure land and a wild west themed track. Both have forward and reverse formations, but for an entire game – one that retails at £35/$40 – I’d expect more variation. Still, the tracks that are there are well designed; they’re bright and colourful, and a joy to drive around.

Each track is packed with various obstacles, be it boulders rolling down the track, runaway trains looking to run you over, or toys falling from the sky. They make for action-packed races, made even more fraught when you add in the projectiles and various other attacks that other drivers can dish out. For younger players, it offers a nice amount of challenge, as well as encouraging co-ordination and forethought to dodge what’s coming up. There are difficulty levels to select before you play – easy, medium and hard – which seem fairly well-balanced. 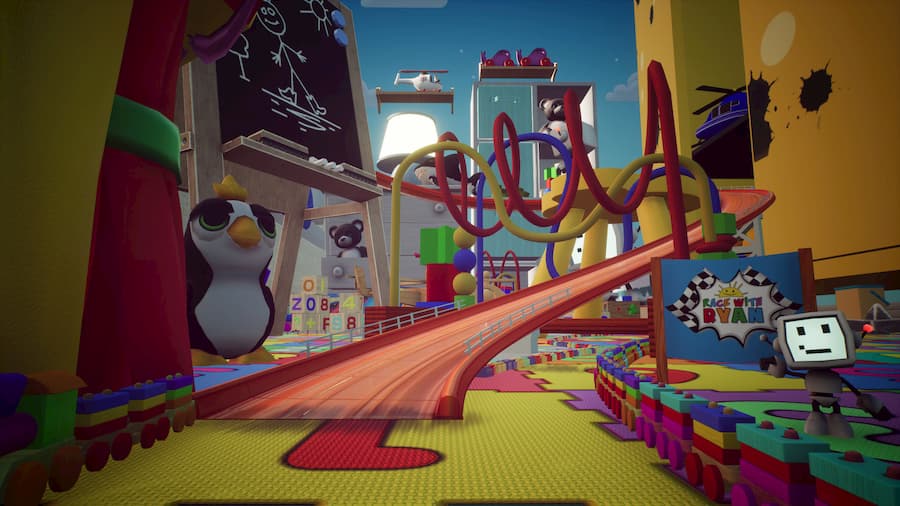 Along with the lack of tracks, though, Race With Ryan suffers from a lack of content in general. There are several ‘cups’ to play through in career mode, each offering three or four races to complete in a championship. That’s the main meat of the single-player game. You can also jump straight into a track of your choice, or select a random track. Split-screen multiplayer so players can compete locally rounds out the package – but that’s about it. Even if you play through every cup on every difficulty, there’s only a few hours’ worth of content here.

No matter how good the finished product was, Race With Ryan was always going to appeal to fans of Ryan’s World. And for children who enjoy the YouTube channel, the game’s a treat. Its headache-inducing sound effects aside, it’s colourful, well-designed, and stars a bunch of cute characters. As a game, its handling and level design redeem it, but the lack of track variety and the disappointing amount of content make it poor value for money. But the value of a youngster feeling like they’re playing a game with their favourite YouTube star? You can’t really put a price on that.

Race With Ryan is available on PC, PS4, Xbox One and Switch. We reviewed the Xbox One version.