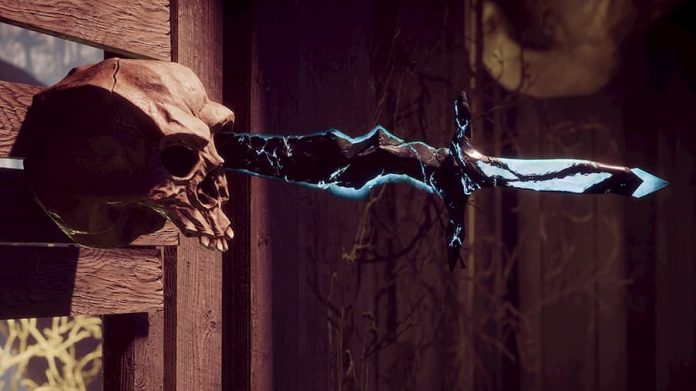 Rage 2‘s second expansion TerrorMania is on its way, transporting you to the cursed Deadlands to fight the skeletal forces of darkness.

Coming on November 14th, Rage 2: TerrorMania will arm players with a new weapon, the Sword of Transitus, a powerful blade which also acts as the key to opening gates between realities.

This is how you end up in the Deadlands, the warped alternate reality of the wasteland. On your quest to stop a great evil, you must explore darkly twisted versions of familiar locations such as Wellspring and the Overgrown city, as well as brand-new areas like the Floating Islands and the Hospital.

An army of the dead is on the verge of breaking through the barrier between worlds and invading the wasteland, so it is up to you to take on these savage skeletons and undo the curse by hunting down the fragments of the shattered NecroDisc.

Rage 2: TerrorMania will be available on PlayStation 4, Xbox One and PC from November 14th. You will be able to purchase the expansion from the in-game store for 500 RAGE Coins (£3.99) or pick up the Digital Deluxe Upgrade for 1750 RAGE Coins, including the “Cult of the Death God” mission plus three bonus weapon/vehicle skins.

For more information about TerrorMania and everything included in the Digital Deluxe Upgrade, head over to the Bethesda website.