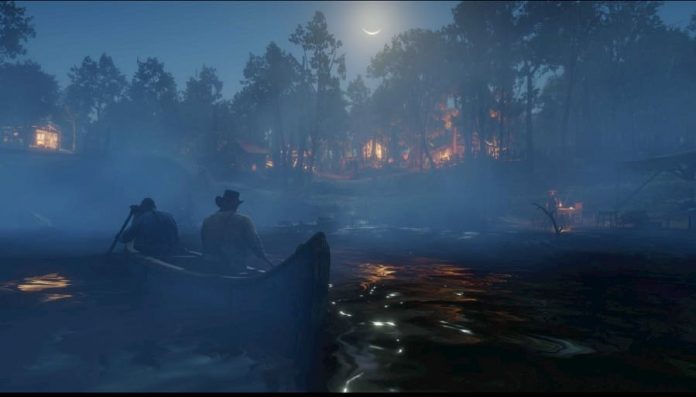 The day has come. Red Dead Redemption 2 is finally available on PC.

But before you rush to buy it with machinations of running it at 60 frames per second in your mind, heed my words: you’re probably going to have to make some compromises to achieve it.

Available only via the Rockstar Games Launcher on PC, Red Dead Redemption 2 isn’t just your bog-standard port. A quick journey over to the game’s graphics menu reveals a bewildering array of graphical options for you to tinker with, more than I can honestly list here without it becoming tedious. And of course, there also a slider that switches between a variety of presets that should enable to find a good starting point when tweaking specifically for your setup.

The bad news is, however, that you’re likely not going to be able to play Red Dead Redemption 2 at 4K 60fps with max settings. At least not yet. Even if you have an Nvidia RTX2080ti it struggles, and if you’ve got anything less, you’re going to have to perform some serious tweaks to get the game running at a consistent 60fps period.

I’ve been playing through the early hours of the game with an RTX2070. At 4K, a constant 60fps is unattainable even with the settings at their lowest. Dropping down to 1440p, a steady 60fps can be achieved with the lower of the Balanced graphics presets, but there are still dips. The sweetspot for an RTX2070 seems to be playing at 1080p with one of the ‘Favour Quality’ presets. The image quality is a bit soft if you have a monitor capable of higher resolutions, but the better textures and other graphical effects makes the lower resolution worthwhile.

Of course, to get the most out of Red Dead Redemption 2 on your setup, you might want to spend some time tweaking each graphical option available to see how it impacts performance. Changing between Vulkan and DirectX12 rendering seemingly makes quite a difference, and shadow quality matters a lot, too. If you’re happy playing at 30fps, you can really push the settings higher without worrying too much about how it will affect performance. And no, running at 60fps doesn’t make the controls magically more responsive. It still feels like you’re playing the console version.

There are some additional things to consider before you rush off to buy Red Dead Redemption 2 on PC as well. While I’ve not experienced any issues launching the game, others have. Rockstar suggests updating your graphics drivers to solve the issue. What I have experienced, along with many others, are frequent pauses during gameplay that are very irritating indeed. Changing the graphics options doesn’t alleviate the problem in any way, so it seemingly isn’t a case of the graphics card being pushed too hard. Hopefully Rockstar will find and issue a solution for the problem soon, as some may consider the pauses to be so bad that Red Dead Redemption 2 is unplayable.

At anything but the lowest settings, it’s clear that Red Dead Redemption 2 looks better on PC than console. At max settings, it truly looks phenomenal. It’s just a shame, though perhaps to be expected, that it’s so power-hungry, and that there are some troublesome technical issues. But still, if you have a PC capable of doing it justice, it’s certainly worth picking up. Albeit perhaps wait a while until the launch issues have been cleared up.