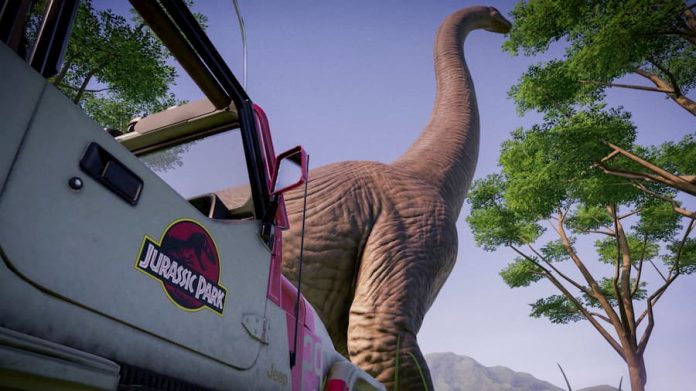 Frontier’s dinosaur business sim Jurassic World Evolution is going back to the roots of the series with its upcoming expansion Return to Jurassic Park, launching on December 10th.

Taking players through some of the iconic locations from the film, Return to Jurassic Park retells and re-imagines the events of the original Jurassic Park with brand new dinosaurs, attractions and story missions.

Set after the events of the original film, you must reclaim and rebuild Isla Nublar and Isla Sorna through seven new story missions with voice acting from Jeff Goldblum, Sam Neill and Laura Dern reprising their iconic roles. Can you rebuild Jurassic Park and open up the gates to the public for the first time?

Jurassic World Evolution: Return to Jurassic Park will also launch alongside a free content update, which will bring changes to the ranger interactions with dinosaurs, the guests’ toilet needs, as well as some other general fixes and tweaks.

Return to Jurassic Park will be coming to PlayStation 4, Xbox One and PC on December 10th as paid DLC. Check out the new announcement trailer below, or head over to the Frontier website for more info.