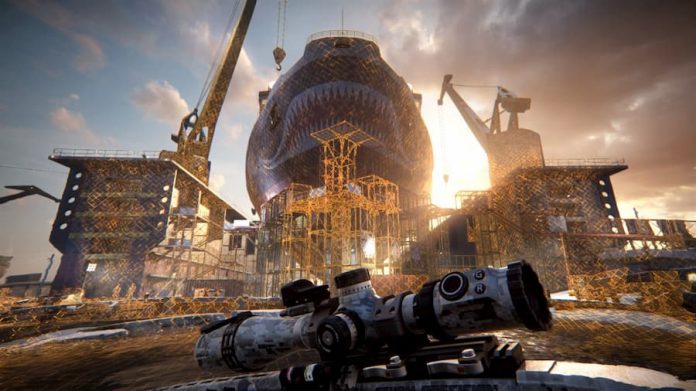 There’s something worryingly satisfying about pulling off a perfect headshot from about 500 metres away.

Playing Sniper Ghost Warrior Contracts, the latest entry in the Sniper Ghost Warrior series from CI Games, it’s a satisfaction I felt quite often, too. You could say this single-player only first-person shooter is a sniper’s paradise what with all the enemies it puts you up against.

I feel bad because it’s presented so wonderfully before each mission, but I don’t care for Sniper Ghost Warrior Contract‘s story. All I need to know to get me geared up for action is that there are bad men (and women) that need to be killed, and there are rewards for doing the dirty work. In this case, the contact forking out the dough is also kindly equipping you with a state-of-the-art mask, which will no doubt enhance your sniping endeavours. This “Handler”, designating you as the “Seeker”, has a series of tasks for you to complete. But does he have an ulterior motive beyond disposing of some seriously nasty people? Play and find out.

Unlike Sniper Ghost Warrior 3, which buckled under the weight of its huge open world map, Sniper Ghost Warrior Contracts is a more linear, focused affair. You start the game, complete a tutorial to get your sniping skills up to scratch, and then you’re let loose on the first mission. Complete that and the next opens up, and so on, and so on. Overall, there are five missions for you to complete. But before you start muttering that it doesn’t seem like a lot of content, consider that each mission is comprised of a handful of contracts, and that each contract is essentially a mission in itself. 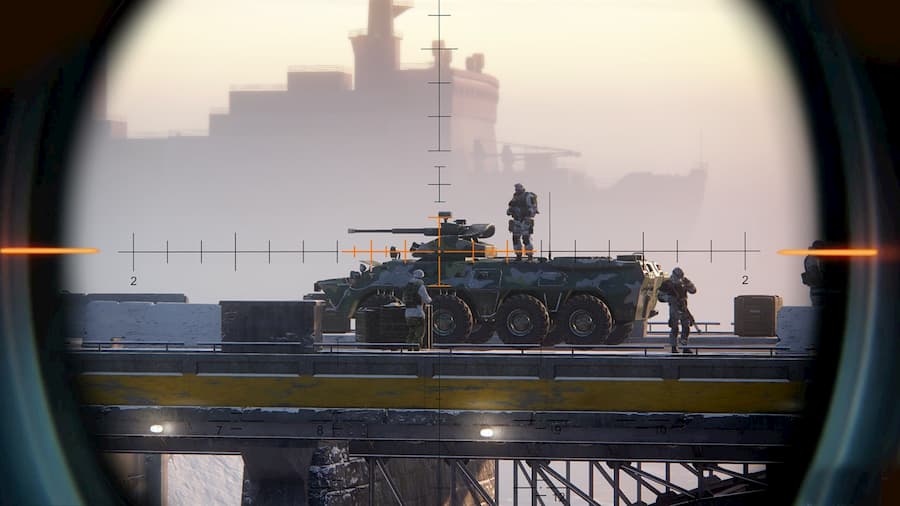 Instead of one large open world, Sniper Ghost Warrior Contracts presents you with five decently sized ones. Each map has at least three clearly defined structures or areas that are a hive of criminal activity, and they’re all connected in wonderful ways, allowing you to move from one to the other without getting lost. Pleasingly, which order you tackle the contracts handed out to you in each mission is up to you, and also how. Sniping everyone in sight is an option, and being stealthy is another. Chances are you’ll find a happy balance between the two. And when things go wrong you can also go loud, though you’re probably better off just running away if you can and returning when things have quietened down.

The contracts in each mission are your usual mix of sabotage, data retrieval and killing targets. Quite often, two of those will be in the same area, i.e. killing a target and then retrieving a phone from their corpse. It means you can’t always just rely on keeping your distance and picking your targets off; you often need to find a way inside the hornet’s nest. And if you want to make things a little more complicated for yourself, there are challenges to consider, too. They’re entirely optional, but if you want to unlock the best gadgets and upgrades, you need to kill enemies in certain ways, eradicate key targets within minutes of each other, and go about your business without raising an alarm. 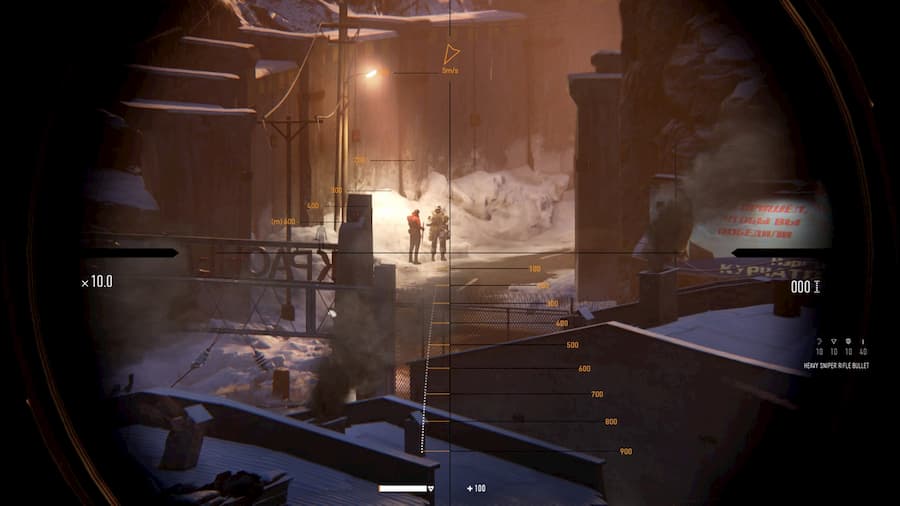 Bounties are also available if you happen upon them, rewarding you with a decent sum of cash if you’re able to locate your target and take them out without getting your own head popped by a rival also out for the big bucks. Factor in multiple difficulty levels and it’s easy to see that Sniper Ghost Warrior Contracts has a lot of replay value. It took me about 12-15 hours to play through all the mission the first time around, but I failed most of the challenges and only discovered half of the bounties. Now that I know the lay of the land and have honed my sniping skills, I’ll surely return to the game in the future to conquer some more of those pesky challenges.

Though as far as knowledge and skill will get you, the usefulness of your gear also cannot be understated. You start out as a competent sniper and little else, but with every contract, challenge and bounty you complete the money rolls in. Go to your loadout screen and you’ll see that you can not only buy new weapons but also customise them, and there are a multitude of gadgets available too, including a helpful drone and sniper turret. But perhaps more crucial to your success, especially on higher difficulty levels, is the plethora of upgrades you can buy for the “Seeker”. From thermal imaging to ceramic armour, there are many boons at your disposal, although sometimes you’ll be forced to choose between one upgrade and another. And to get the best equipment and upgrades you’ll need to expend tokens as well as cash, which are a little trickier to obtain. 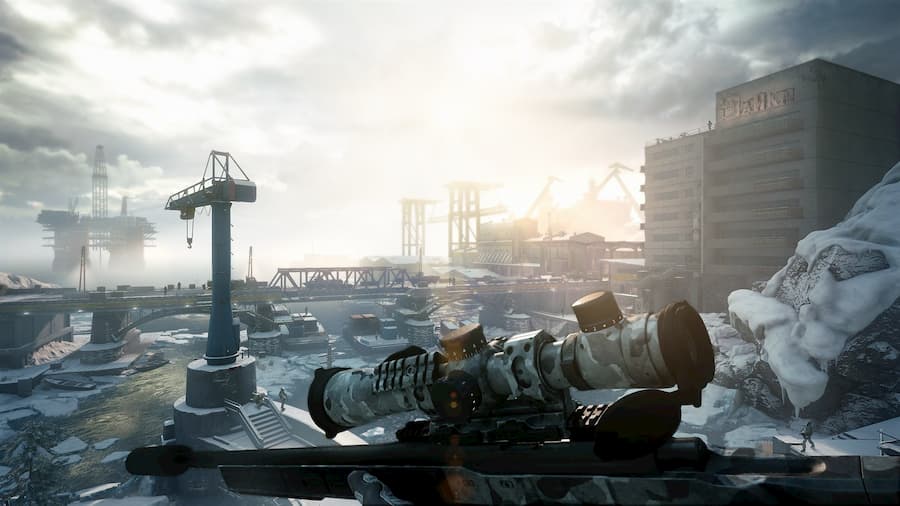 Like Hitman, the joy of Sniper Ghost Warrior Contracts is devising plans to complete each contract. The sniping on offer here is the best there is, and the dynamic scope system makes it accessible to all, but sniping everyone in sight isn’t always the best course of action. Sometimes it’s better to try to sneak in and take out your target silently, and making use of special ammo and sniper turrets can come in very handy when faced with enemies gathered in groups. The real fun in Sniper Ghost Warrior Contracts lies in thinking up strategies and putting them into action. If they work, wonderful, if not, then it’s back to the drawing board. You may sometimes find yourself waiting for targets to drop into your sights, but there’s never a dull moment. It’s a tense, unpredictable affair.

There are some issues that may take some of the fun out of Sniper Ghost Warrior Contracts for a number of players though. No PS4 Pro or Xbox One X support is one of them. It means anyone with a mid-gen console refresh will be left playing with blurrier textures and less than optimal picture quality. Thankfully Sniper Ghost Warrior Contracts is a decent looking game, so you won’t mind too much. What may drive you crazy, however, are the many bugs and glitches to be found in the game. Hopefully the day one patch will eradicate most of them, but I’ve found myself stuck in objects too many times, witnessed soldiers walk in the most peculiar of ways, and automatically started running at the most inopportune moments. 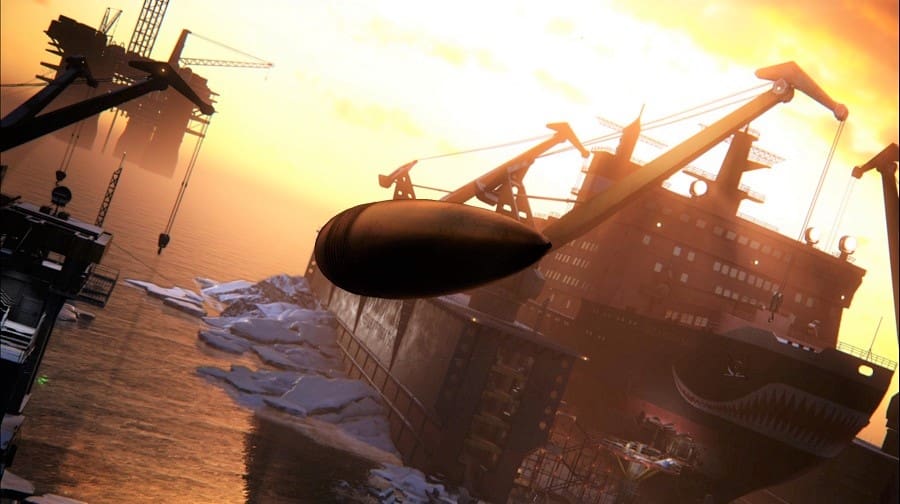 While Sniper Ghost Warrior Contracts‘ missions simply ask you to pretty much do the same things in numerous environments, it’s hard to not get drawn into the action. Moving from one area to another, aware that soldiers could be waiting around the next corner or that a sniper may have you in their sights, makes for a very atmospheric experience, and it’s one that’s only heightened by the detailed environments that you find yourself exploring. After Sniper Ghost Warrior 3 CI Games has come back strong with Sniper Ghost Warrior Contracts. It feels like a reinvention of the series, and if this is the starting block that is built upon in further releases, I’m in.

Sniper Ghost Warrior Contracts is available on PS4, Xbox One and PC. We reviewed the Xbox One version.

Want to support GameSpew? Buy Sniper Ghost Warrior Contracts using our Amazon affiliate link. It won’t cost you anything extra, but we’ll get a small slice of the purchase. 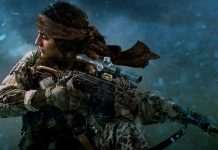