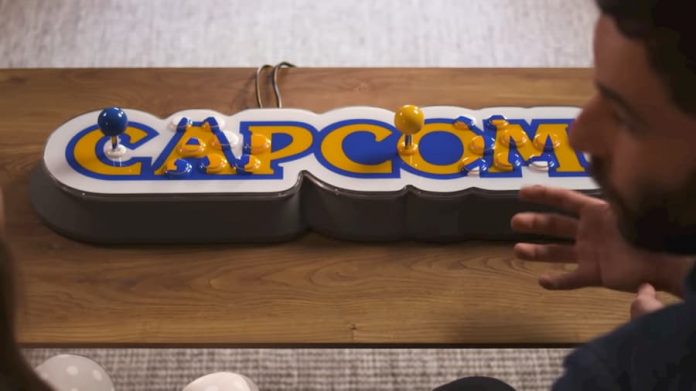 Capcom’s system that allows us to bring home 16 of its arcade classics including Alien vs Predator, Final Fight, Strider and more, is available now.

The Capcom Home Arcade features two full-size joysticks and sets of OBSF buttons to allow one or two players to experience these beloved games the way they were originally designed to be played.

Simply connect the Capcom Home Arcade to your TV using a HDMI cable and you’re ready to jump in to any of these 16 preloaded classics:

The Capcom Home Arcade comes with a price tag of £199.99 / 229.99 €, which might seem a bit steep, but it’s probably less than the change you’d have to spend to complete all these games in an arcade back in the day!

Check out the launch trailer below, or head over to the official website for more info about the machine and its selection of games. If you have the cash to cough up for some classic arcade action, it’s available now from all major gaming retailers.

Want to support GameSpew? Buy Capcom Home Arcade using our Amazon affiliate link. It won’t cost you anything extra, but we’ll get a small slice of the purchase.