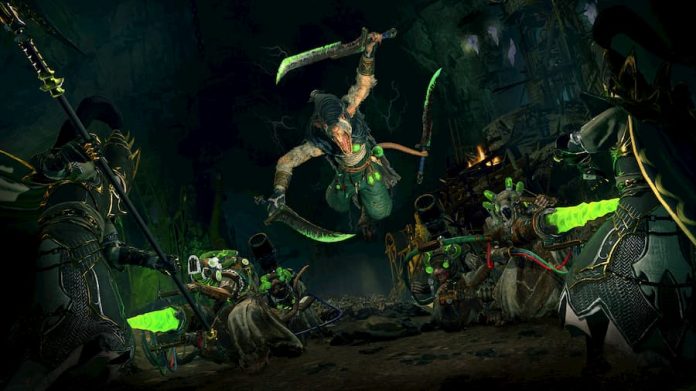 Launching on December 12th, The Shadow & The Blade legendary lords pack will be playable in both the Eye of The Vortex and Mortal Empire campaigns, bringing unique faction mechanics, questlines, items and more to Total War: Warhammer II.

The two new legendary lords are Malus Darkblade, who leads the Dark Elves’ Hag Graef faction, and Death Master Snikch who commands the Clan Eshin faction of the Skaven. In a special intertwined campaign, both of these new lords will bring new units and heroes that add further depth to the gameplay.

The Shadow & The Blade coincides with a free content update which will add a few new features including some significant quality of life inprovements, with enemy turn time duration reduced by up to 60%.

Total War: Warhammer II is available on PC. You can currently preorder The Shadow & The Blade DLC on Steam with a 10% discount, so don’t pass that up. Check out the new cinematic trailer below, or head over to the game’s official FAQ for more details on the upcoming expansion.