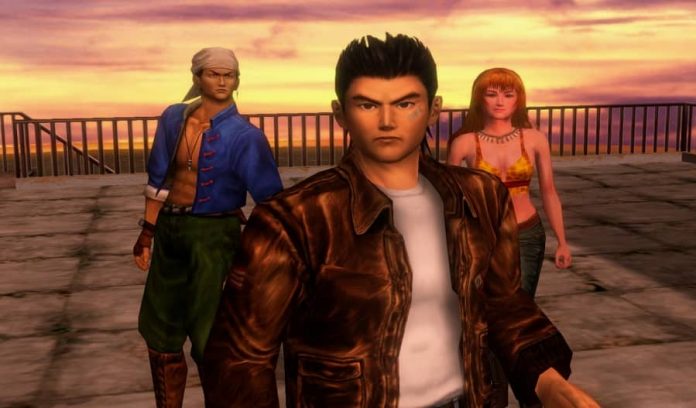 In the world of video games, life is often imitated yet never has it come so close as it has in the Sega Dreamcast classic, Shenmue.

A strange game to describe, even more so for those who were around for its original release. Although the game had its fans, myself included, the game ultimately failed to recoup its notorious development costs. A modern gaming tragedy if ever there were one, the story of Shenmue and Shenmue II was left unfinished. That is, until series creator Yu Suzuki announced a crowdfunding campaign for a third game. Sega, though not directly associated with the third game, in a gesture of good faith, has decided that it was finally time to re-release the original two games on modern platforms. Finally, it’s good to be a Shenmue fan.

Going back to the game after all these years, however, might come with a few surprises. The first is that still, the game controls terribly. I’ve always found it more charming than off-putting to control Shenmue’s protagonist Ryo in such an antiquated way. Barely able to turn, the camera as unhelpful as always, it can feel more like a horror game than an open world sandbox. The second, and more important one, is the realisation that even still – after all these years – nothing is quite like Shenmue.

I’ve written before about my love for all things Sega. In fact, sometimes I feel like it’s my only identifiable character trait as a games writer. I was raised on Sega hardware, and the Sega Dreamcast always felt like something from the future even if it was outmatched and outgunned by more powerful competitors. Even now , it’s one of my favourite pieces of gaming machinery, barely edged out by my other love, the Sega Saturn. For it was on the Dreamcast where I played some of my favourite games of all time: Skies of Arcadia, Soul Calibur, Marvel vs Capcom 2, and of course, Shenmue. 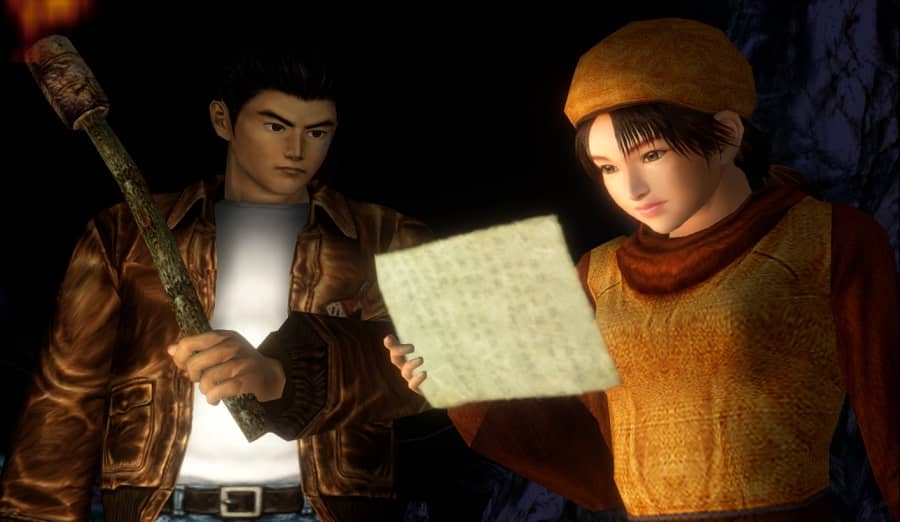 Out of them all, Shenmue was something special. The hype leading up towards its release was hard to quantify. A legend in the gaming world, Yu Suzuki, responsible for some of the best arcade games of all time, had the full backing of Sega for a game that would seemingly change the way we think about games forever. Now, as an adult, it’s easy to see how Shenmue’s marketing oversold the game. A lesson I would eventually re-learn in the wake of Fable and No Man’s Sky years later (What can I say? I’m a sucker for ambitious-sounding games), I fell for it. Hook, line, and sinker. The thing is, when I finally played it all those years ago, I felt pretty damn satisfied.

In its melodramatic opening, ripped right out of a late century kung fu movie, there’s that classic scene where Ryo finds his father and the villainous Lan Di engaged in mortal combat. Taking a mysterious mirror from their dojo and leaving Ryo’s father for dead, Lan Di immediately became one of the most memorable bad guys in all of video games and along with it, set up one of the most ambitious storylines along with him. Yet the second the cutscene ends and you’re given freedom for the first time, the game finally reveals itself. Like when you first step onto the ring world of Halo or when you submerge into the depths of the ocean in Bioshock, what you’d thought possible in a video game explodes. 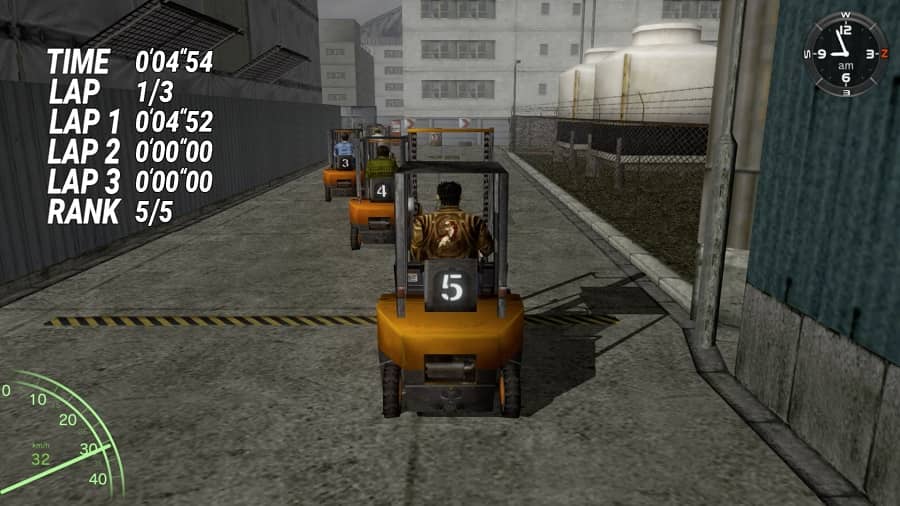 “Do you know where I could find some sailors?”

Walking around the game’s first town of Sakuragaoka and then the neighbouring Dobuita for the first time was surreal. Never before had a game felt so realistic, down to the smallest detail. Sure, these locations from the game exist in the real world, so perhaps I’m giving it too much praise, but I won’t ever forget the feeling of playing it for the first time. Talking to different townsfolk, investigating specific leads, waiting for the right time to find the right person – it was the first game that felt like it would go on and exist without me. That the people within it had lives beyond my own personal storylines. That, was a powerful feeling.

There are, of course, the usual jokes at Shenmue’s expense. Its dub is notoriously bad. Laughably so. There are barely any lines in the game that doesn’t elicit a chuckle at best, and an “oh my God, how is this real” at the worst. There are also the endless mundanities which Ryo is forced to perform, like getting a part-time job as a forklift operator. Perhaps the worst offender, at least in my mind, is how often the game forces you to simply ask random NPCs for information on what to do next. Progress often comes to a halt as you’re saddled with a new, exciting piece of the story that is hidden behind a few specific characters in the game’s world – some of whom may not even be available, depending on what time it is.

This is usually the breaking point for most people. It’s here where most of my friends resign any praise I’ve given Shenmue, throwing their hands in the air as if they’d just gone through hell for my benefit. Yet for me, it’s all part of the experience. Because it’s in these moments where the game becomes something unique and different. Say what you will on whether it’s good or bad, but I can’t think of many games, especially from the time, that halt your progress not with a wall of dudes to pummel or aliens to shoot, but with a mystery that needs solving. The kind of mystery that you can’t just pull out your notebook to figure out, mind you; but one where you must seek the aid of those around you. And maybe you’ll need to push a forklift around too for some cash. 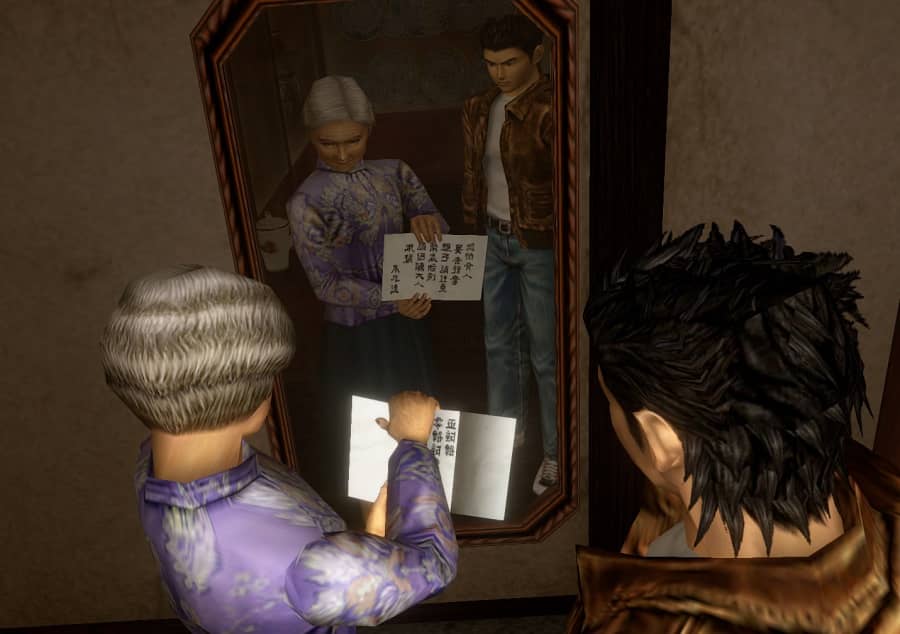 If it sounds like I’m being a bit hyperbolic in my love for Shenmue, it’s because my excitement for the series is at an all-time high. With the first two games’ re-releases and the knowledge that the third is finally, finally, on its way, I feel like I’ve witnessed a miracle. Like a phoenix rising from the ashes, Shenmue has defied a lengthy sleep to return, hopefully stronger and better than before. Even if Shenmue III is as janky and weird as the two original games, I’d still love it. Not just for existing, mind you – I still want it to be good! But because Shenmue is something totally idiosyncratic. There’s just nothing like it.

You could point towards the Yakuza series as its spiritual successor, sure. Its development team consists of many Shenmue veterans. It also learned from Shenmue’s mistakes, taking the elements that did work while leaving the rest behind. Yet even Yakuza fails to parallel Shenmue, for the most part. Where the Yakuza series has always been one about the relationships we create ourselves, Shenmue is more of an aspiration soaked in the familiar tones of kung fu movies and revenge clichés. A story so epic in scale that the first game is only the first chapter out of eleven, it’s the sort of thing you don’t see often anymore. Maybe with good reason, but nevertheless, its absence has been felt.

As other, newer, open world games have come along since Shenmue, it’s hard not to look back and notice the game’s impact, despite its many shortcomings. It was a game of firsts in many ways, far ahead of its time, just like the console it debuted on. Even though games like Grand Theft Auto, Just Cause, and Red Dead Redemption have come about to change our notion of what an open world game is, Shenmue and Shenmue II remind me what they can be. A mess, for sure, but something special in spite of itself. Where you can buy toy capsules, and play Super Hang-On, and avenge your father’s death all at the same time. There just isn’t anything quite like it.